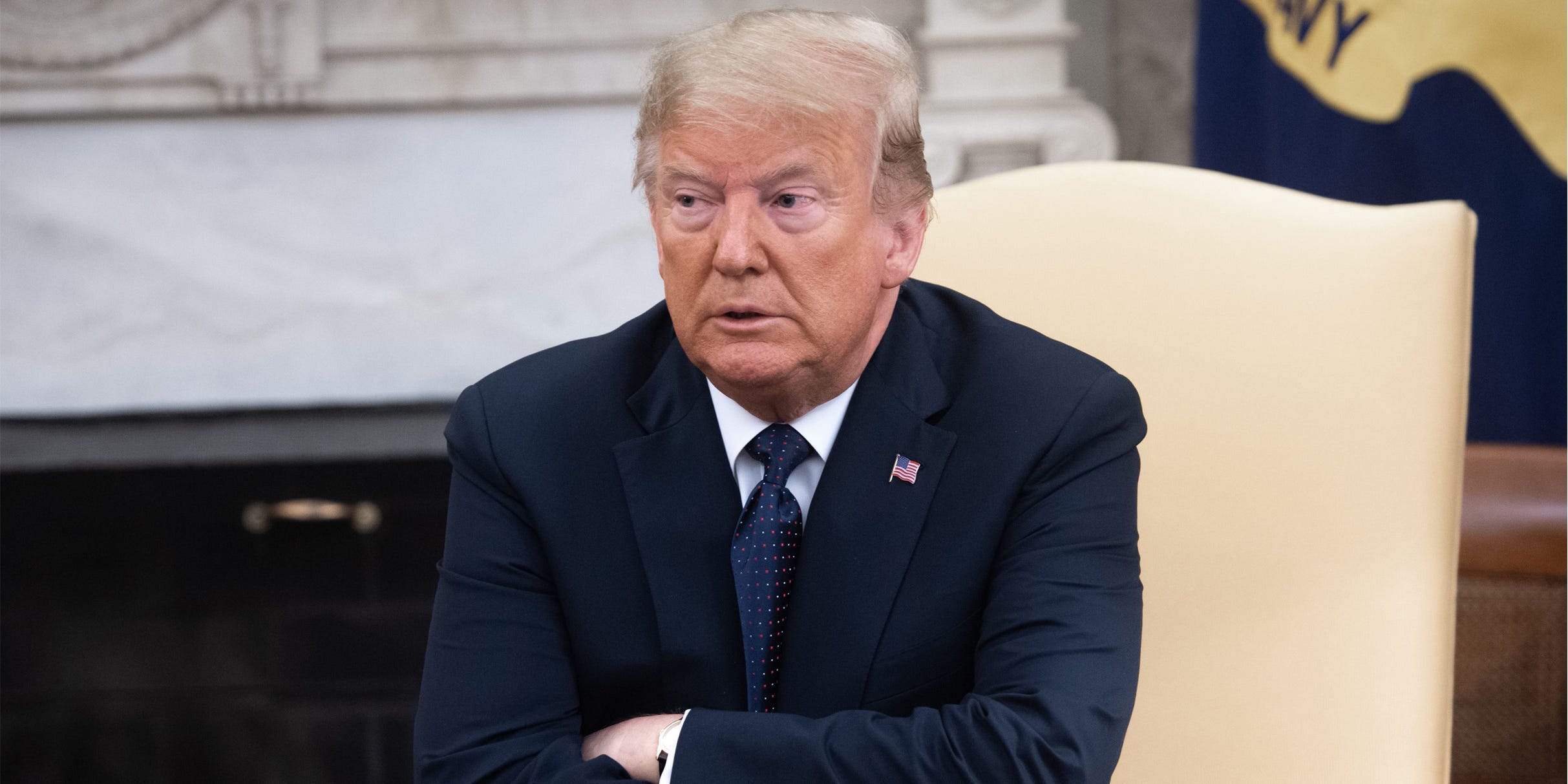 President Donald Trump tweeted on Sunday that it will be a victory for the United States if the Supreme Court dismantles the Affordable Care Act.

“Obamacare will be replaced with a MUCH better, and FAR cheaper, alternative if it is terminated in the Supreme Court. Would be a big WIN for the USA!” he wrote.

This comes less than a day after the president nominated Judge Amy Coney Barrett to fill the Supreme Court seat left vacant after Justice Ruth Bader Ginsburg, a liberal icon, died on Sept. 18.

Barrett, a deeply conservative judge, has in the past spoken out against the Affordable Care Act â€” also known as Obamacare â€” which was signed into law by President Barack Obama.

In 2017, she criticised Chief Justice John Roberts, writing that he “pushed the Affordable Care Act beyond its plausible meaning to save the statute.”

She continued:“He construed the penalty imposed on those without health insurance as a tax, which permitted him to sustain the statute as a valid exercise of the taxing power; had he treated the payment as the statute did â€” as a penalty â€” he would have had to invalidate the statute as lying beyond Congress’s commerce power.”

“It’s no mystery about what’s happening here: President Trump is trying to throw out the Affordable Care Act,” Democratic presidential nominee Joe Biden said. “He’s been trying to do it for the last four years. The Republican Party has been trying to eliminate it for a decade.”

Biden rebuked Trump for trying to push through the nomination and installation of a Supreme Court justice while a presidential election is underway. “It defies every precedent, every expectation of a nation where the people … are sovereign and the rule of law reigns,” he said.

Republicans blocked President Barack Obama’s Supreme Court nomination of Judge Merrick Garland for eight months in 2016, Biden said, adding, “Now, all of a sudden, this administration believes they have found a loophole in the tragedy of Justice Ginsburg’s death … All that does matter is that they see an opportunity to overturn the Affordable Care Act.”

The decisions of the U.S. Supreme Court affect our everyday lives — and the American people deserve to have their voices heard when it comes to who serves on the Court. Tune in as I deliver remarks on President Trump’s nomination. https://t.co/N9HmjDXKMw

“President Trump just admitted his nominee will strike down the Affordable Care Act,” he wrote on Twitter.

Schumer also held a news conference where he said, “A vote for Coney Barrett is a vote to strip away healthcare from over a hundred million Americans.”

The New York senators also told reporters that he doesn’t plan to meet Barrett “because I believe, first, that the whole process has been illegitimate and, second, because she has already stated that she is for overturning the ACA.”

Sen. Schumer says he will not meet with Judge Amy Coney Barrett: "The whole process has been illegitimate and… she's already stated that she is for overturning the ACA." pic.twitter.com/z7Uh6g30Mg

“What I am concerned about is anyone that President Trump would have appointed is there to undo the Affordable Care Act. That is why he’s in such a hurry,” Pelosi said.

Pelosi on Amy Coney Barrett's qualifications: "What matters is what it means personally to the American people. If you have a preexisting medical condition, that benefit will be gone. If you are a woman, we'll be back to a time where being a women is a preexisting condition." pic.twitter.com/o6hOyIeDFY

On “Fox News Sunday,” Sen. Debbie Stabenow, a Democrat from Michigan, said that Barrett’s stance on the Affordable Care Act is evident and has the potential to strip millions of necessary health insurance in the midst of a pandemic, the Hill reported.

“It’s very clear from her writings, multiple writings, that she will be the vote that takes away health care for millions of Americans, including 130 million people and counting with pre-existing conditions, and of course those are going up every day because of the health pandemic,” Stabenow said.

Sen. Cory Booker, of New Jersey, expressed concern on NBC’s “Meet the Press” because “what … President Trump’s nominee has put up is that she will tear down the Affordable Care Act,” he said, according to the Hill.

Booker added: “This is part of his litmus test, and, unfortunately, Americans are about to see a Supreme Court that’s going to turn against a law that has provided really basic protections that the majority of Americans really want, so this is about high stakes.”

And Rep. Frank Pallone, also of New Jersey, tweeted that Trump and Barrett are poised “to destroy our health care.”

The President is exploiting this Supreme Court vacancy to destroy our health care. After failing for 4 years to overturn the ACA, Trump’s only option is to use the Supreme Court. Without the ACA, protections for the 135 million Americans with pre-existing conditions will be gone.

Senate Republicans plan to begin Barrett’s confirmation proceedings on Oct. 12, with the goal of having her on the bench by Election Day on Nov. 3. A week later, on Nov. 10, the Supreme Court is scheduled to consider a challenge to the constitutionality of Obamacare.