Trump claims he just happened to be inspecting the White House bunker, not hiding in it, during Friday's huge protests in DC 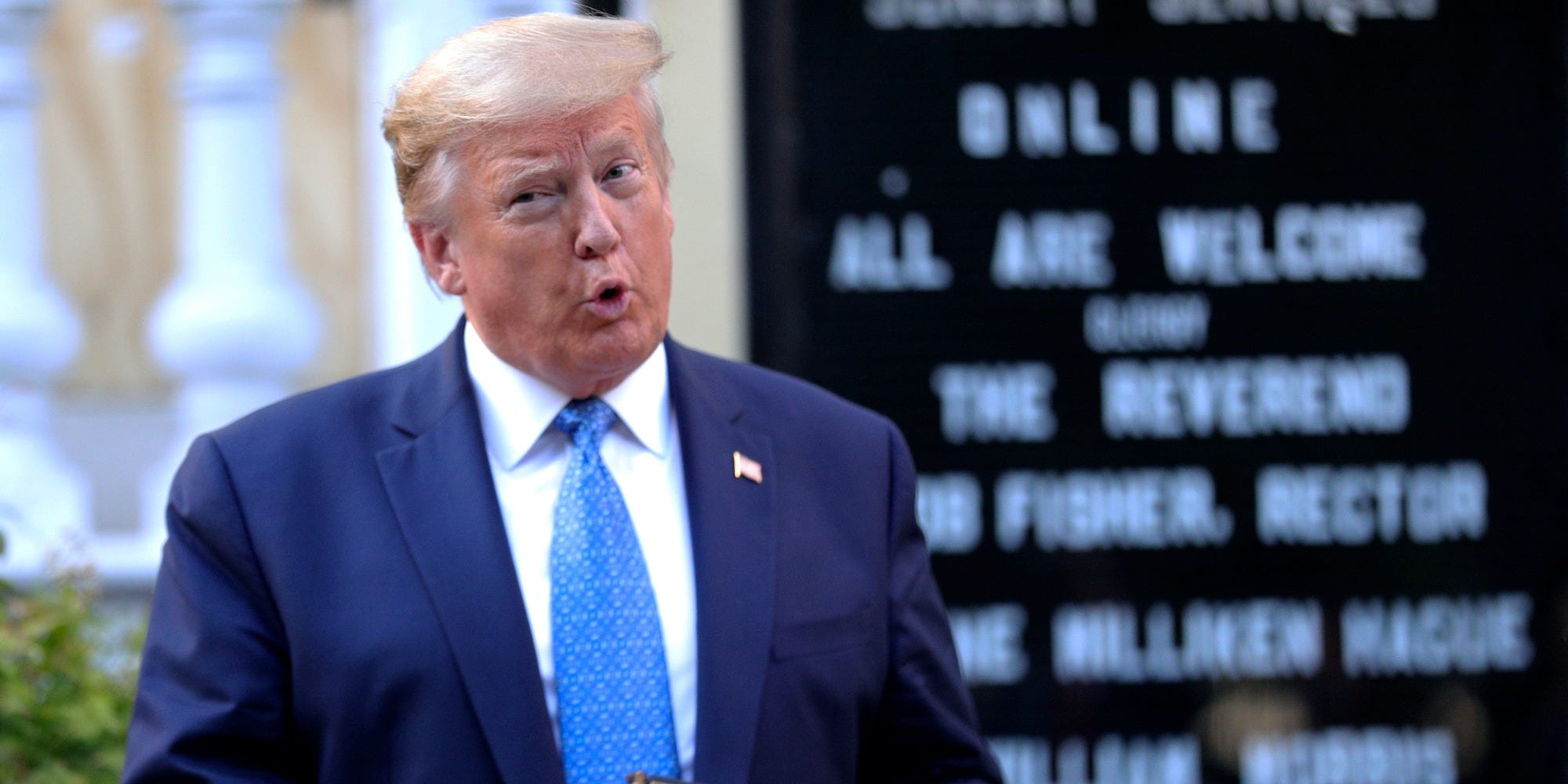 Tom Brenner/ReutersPresident Donald Trump holds a Bible as he talks to the media while standing in front of St. John’s Episcopal Church across from the White House after walking there for a photo opportunity during ongoing protests over racial inequality in the wake of the death of George Floyd while in Minneapolis police custody, outside the White House in Washington, DC, June 1, 2020.

President Donald Trump on Wednesday said he was inspecting a White House bunker, not hiding in it, during massive protests in the nation’s capital on Friday.

Despite widespread reporting to the contrary, Trump in a Fox News Radio interview with Brian Kilmeade said that his visit to the bunker was during the day, not the night, and “much more for an inspection.”

“I was there for a tiny, short little period of time,” Trump said. “They said it would be a good time to go down and take a look because maybe sometime you’re going to need it.”

The president said he’s been down in the secure bunker “two and a half times” for various “things” pertaining to inspections.

Trump says he went to the White House bunker for inspection:

“It was a false report. I wasn’t down— I went down during the day and I was there for a tiny, little short period of time, and it was much more for an inspection…I’ve gone down two or three times, all for inspection." pic.twitter.com/RFPi4aAsfX

There were huge protests in Washington, DC, on Friday, which included demonstrations outside of the White House. The US has been consumed by protests over the past week following the death of George Floyd while in custody of Minneapolis police.

A white Minneapolis police officer knelt on Floyd’s neck for eight minutes, which ultimately killed him. Floyd, a black man, was unarmed.

Multiple outlets, including the New York Times, Wall Street Journal, CNN, and the Washington Post, reported that Trump was taken to a secure White House bunker on Friday night. The Secret Service has protocols for the president’s security. But the bunker has rarely been used, if at all, since the September 11, 2001, terror attacks, per the Times.

The president and his family were “have been shaken by the size and venom of the crowds,” a Republican close to the White House told the Associated Press, and Trump has told advisers he’s concerned about his safety.

Trump was reportedly enraged over the bunker coverage, fearing it made him look weak, and it prompted his controversial photo-op in front of a church near the White House on Monday. Law enforcement violently dispersed a crowd of peaceful protesters to clear the way for Trump’s photo-op, in a move that drew comparisons with authoritarian regimes.