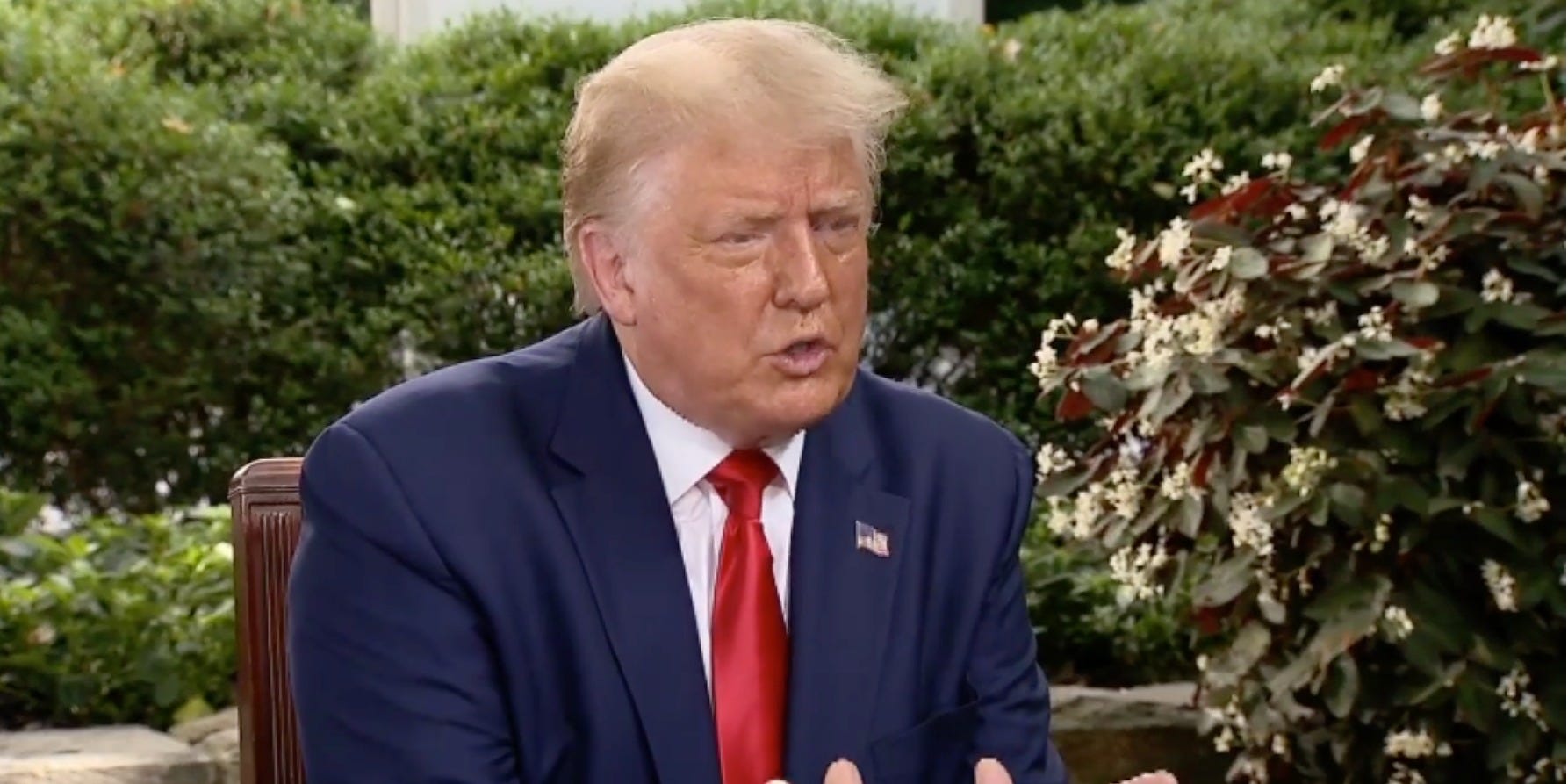 President Donald Trump continued to downplay the severity of the COVID-19 pandemic and said that many cases are “sniffles” that shouldn’t be considered real cases in an interview with ‘Fox News Sunday’ host Chris Wallace.

In the interview, aired Sunday, Wallace challenged Trump on his repeated false assertions that the rise in COVID-19 cases that the United States is experiencing is solely due to increased testing.

“We go out into parking lots, and everything, everybody gets a test. We find, if we did half the testing – with all of that being said, I’m glad we did it, this is the right way to do it. I’m glad we did what we’re doing, but we have more tests by far than anywhere else in the world,” Trump said.

Wallace pointed out that testing has risen 37% but cases have risen 194% nationwide, saying, “it isn’t just that the testing has gone up but that the virus has spread, the positivity rate has increased, the virus is worse than it was.”

Trump countered by saying, without evidence, that “many of those cases are young people who would heal in a day, they have the sniffles and we put it down as a test. Many of them, don’t forget, I guess it’s like, 99.7%, people are going to get better, and in many cases, they’re going get better very quickly.”

Trump added: “If you go back to the news, look, even your wonderful competitors, you’ll see ‘cases are up,’ well, ‘cases are up’ – many of those cases shouldn’t even be cases. Cases are up because we have the best testing.”

As Wallace noted, the rise in COVID-19 cases far outpaces the increased rates of testing in the United States. Nationwide, 9% of COVID-19 tests are coming back positive, according to The New York Times, placing the US well above the 5% positive test rate that the World Health Organisation says jurisdictions must stay at or below for two weeks to safely re-open.

And despite Trump minimising many COVID-19 cases as mild or just “the sniffles,” both hospitalisation rates and death rates are beginning to rise again both nationwide and especially in the hardest-hit states, indicating that the virus is increasing in severity and remaining deadly for many.

Public health experts in Trump’s own administration have even publicly refuted his false and misleading claims on the virus.

In July 2 testimony before Congress, Trump’s testing czar Admiral Brett Giroir said, “There is no question that the more testing you get, the more you will uncover, but we do believe this is a real increase in cases because of the per cent positivities are going up. So this is real increases in cases.”

In an interview with the Financial Times, Dr. Anthony Fauci, the nation’s top infectious disease expert, refuted Trump’s previous comments that 99% of COVID-19 cases are “harmless,” which the president also echoed in the Fox News interview.

“I’m trying to figure out where the president got that number. What I think happened is that someone told him that the general mortality is about 1 per cent. And he interpreted, therefore, that 99 per cent is not a problem, when that’s obviously not the case,” Fauci said.