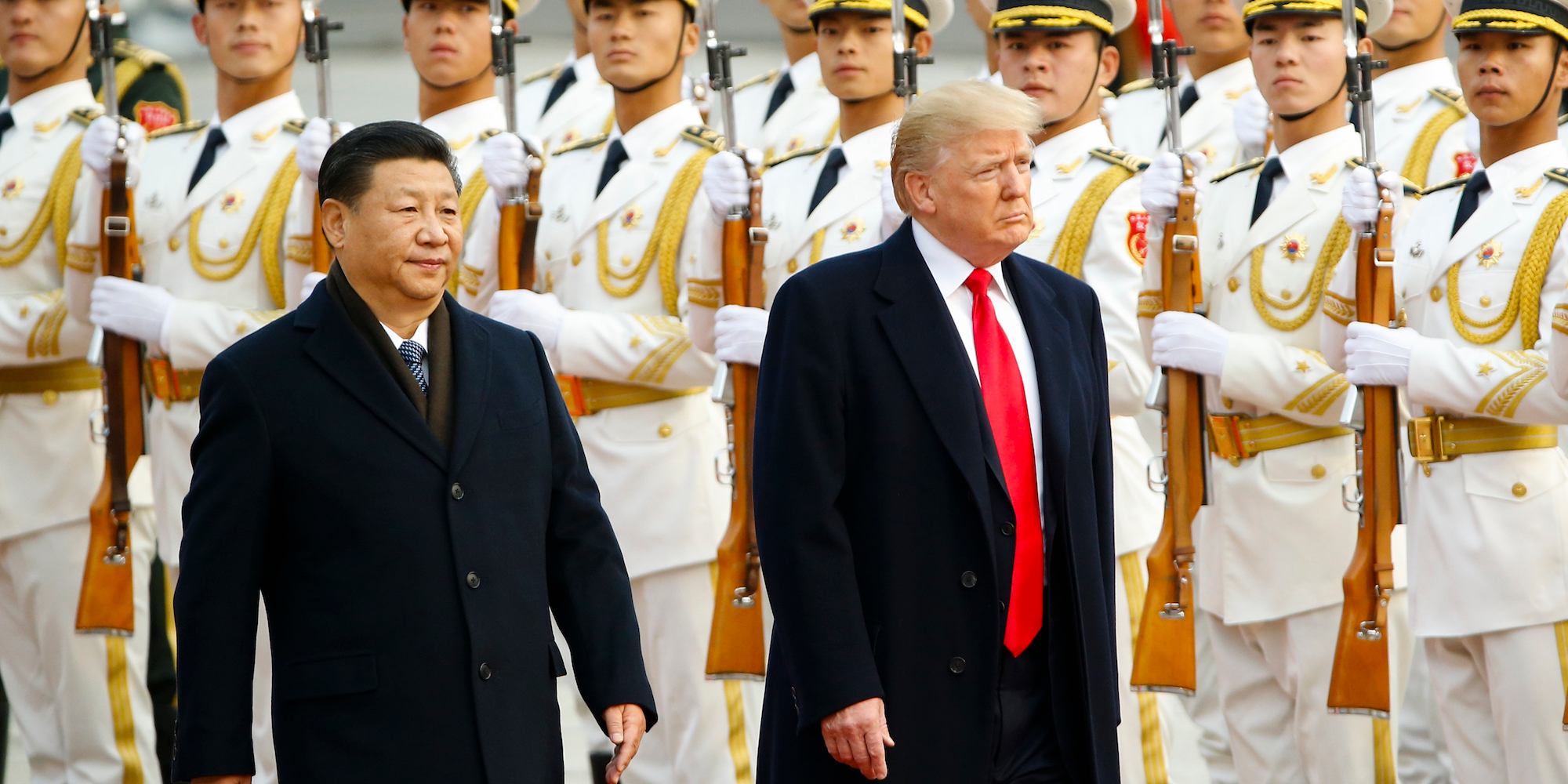 President Donald Trump is now arguing that China’s handling of the novel coronavirus is proof that Beijing “will do anything they can” to ensure he loses his campaign for reelection.

In an interview with Reuters published Wednesday, Trump said he was considering a range of options for retaliating against China for not acting sooner to warn the world about the virus, remarking “there are many things I can do.”

“China will do anything they can to have me lose this race,” Trump said, citing its handling of the crisis as proof.

He said the trade war he ignited with tit-for-tat tariffs had caused China to want to see his presumptive 2020 Democratic challenger, Joe Biden, in the White House.

“They’re constantly using public relations to try to make it like they’re innocent parties,” he told Reuters of Chinese officials.

In a statement quoted by Bloomberg, the Chinese Ministry of Foreign Affairs responded that the country had “no interest” in interfering in internal US affairs.

“For some time, certain US politicians, in disregard of the facts, have attempted to shift their own responsibility for their poor handling of the epidemic to others,” a ministry spokesman, Geng Shuang, said.

Trump has veered between praising China’s handling of the crisis and trying to pin blame on Beijing for the spread of the disease that has triggered the worst economic downturn in the US in decades.

Back in January, Trump praised China as “working very hard to contain the coronavirus.”

But as the virus’ spread in the US started to become clear, he attacked China’s response and began calling the coronavirus, officially known as SARS-CoV-2, the “Chinese virus.”

After a phone call with Chinese President Xi Jinping on March 26, however, he again changed tack, praised China’s handling of the crisis, and stopped using the “Chinese virus” tag.

But in recent weeks, with internal polls said to be showing Trump behind Biden in several battleground states amid his administration’s sluggish response to the crisis, aides are again urging the president to take a tougher line with Beijing.

They are said to want Trump to portray Biden as reluctant to confront China on trade issues.

The news that Trump is in deep debt to a state-owned bank in China — a bill that comes due during the next president’s term — sheds some light on a seeming puzzle: why does Trump keep praising China's leader as the COVID-19 pandemic gets worse?https://t.co/pUwy5TFrHh

On April 19 the president scaled up his rhetoric and said China might have started the crisis deliberately, echoing a conspiracy theory that had been articulated by some Republican lawmakers and right-wing media figures.

He has also accused China of giving flawed information to the World Health Organisation, the global health body he has derided for praising China’s handling of the outbreak in its early days.