Trump said China may have started the coronavirus deliberately, as top advisers claim attacking Beijing may be the best way for the president to save his job 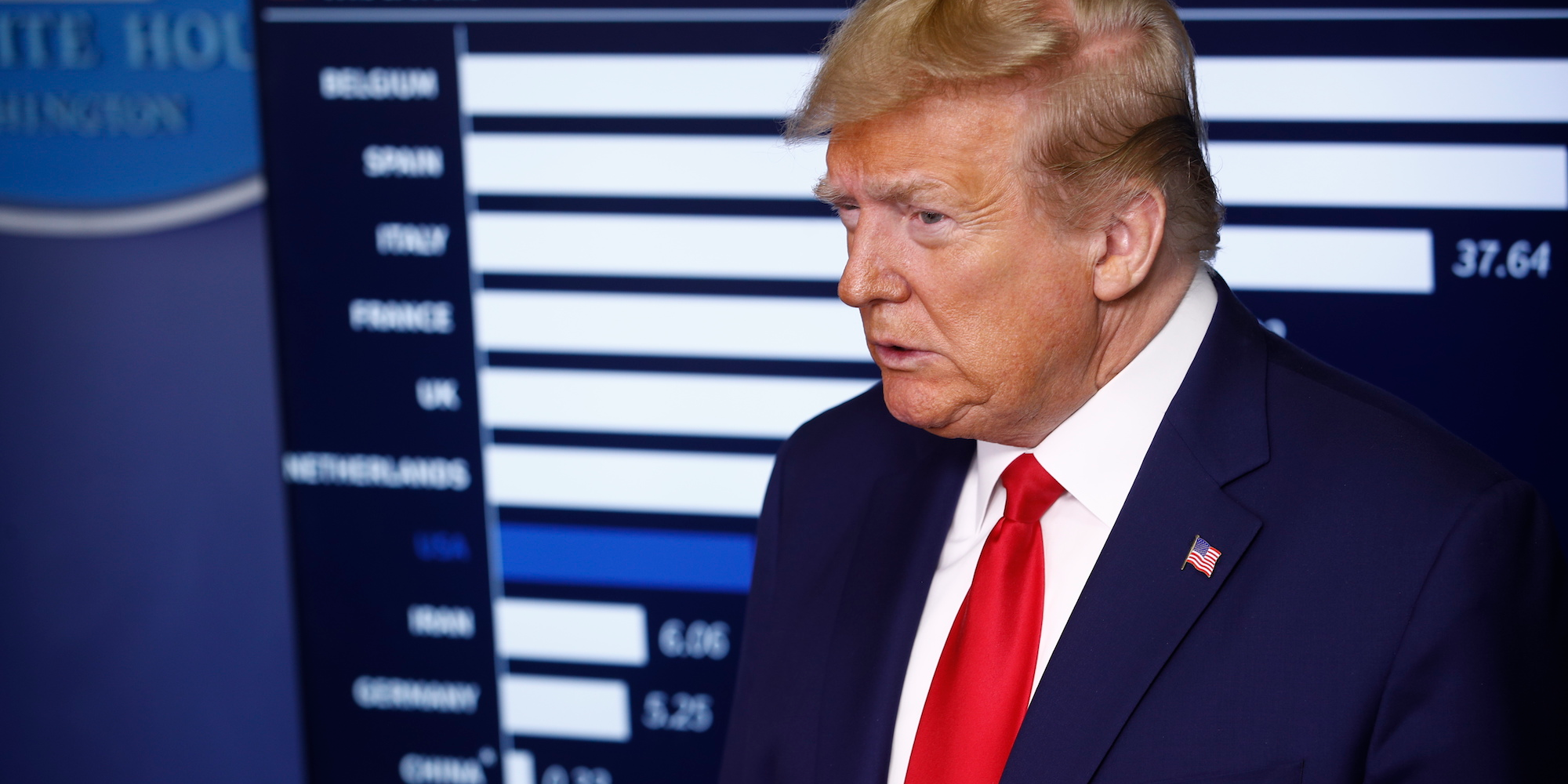 President Donald Trump warned of “consequences” for Beijing if China were found to have deliberately allowed the novel coronavirus to spread.

“It could have been stopped in China before it started and it wasn’t, and the whole world is suffering because of it,” Trump said at the daily White House coronavirus task force briefing on Saturday.

Trump attacks the media for not reporting what he thinks are the correct number of coronavirus deaths in China, even though his own government health agencies are citing the same number. pic.twitter.com/ykS1ucDFZY

The president did not specify what the consequences may be.

At the briefing, Dr Deborah Birx, the White House coronavirus task force coordinator, also cast doubt on revised Chinese figures, which raised the number of people killed by the outbreak in its epicentre in the city of Wuhan by 50%.

Birx said that China has a “moral obligation” to provide credible information to the rest of the world.

Trump’s remarks come as he faces increasing pressure over his faltering handling of the outbreak, which has killed nearly 40,000 people in the US so far and where the number of infections is higher than anywhere else in the world.

The crisis has placed a spotlight on Trump’s relationship with China, where the virus originated last year. In what critics say was an attempt to divert blame from his administration, Trump last week cut funding to the World Health Organisation, which he accused of being too “China-centric.”

In recent weeks he has both sought to play up China’s role in the crisis, referring to the coronavirus as the “China virus” in press briefings. By contrast, he has also attempted to strike a conciliatory tone, praising Chinese President Xi Jinping’s handling of the crisis after a March 27 call with the leader. After the call, he also dropped the “China virus” tag.

Trump is reportedly wary of antagonizing China’s leader, with the US dependent on Chinese medical supplies as it battles the disease, and does not want to destabilize further markets rocked by unprecedented US unemployment figures not seen since the Great Depression.

But top advisers are privately urging Trump to double down with his attacks on China. The New York Times reported on Saturday, claiming that if he can successfully pin the blame on the government in Beijing, it may be his best hope of reversing a slide in the polls and saving his job.

“Trump has always been successful when he’s had a bogeyman and China is the perfect bogeyman,” Chris LaCivita, a longtime Republican strategist, told the publication.