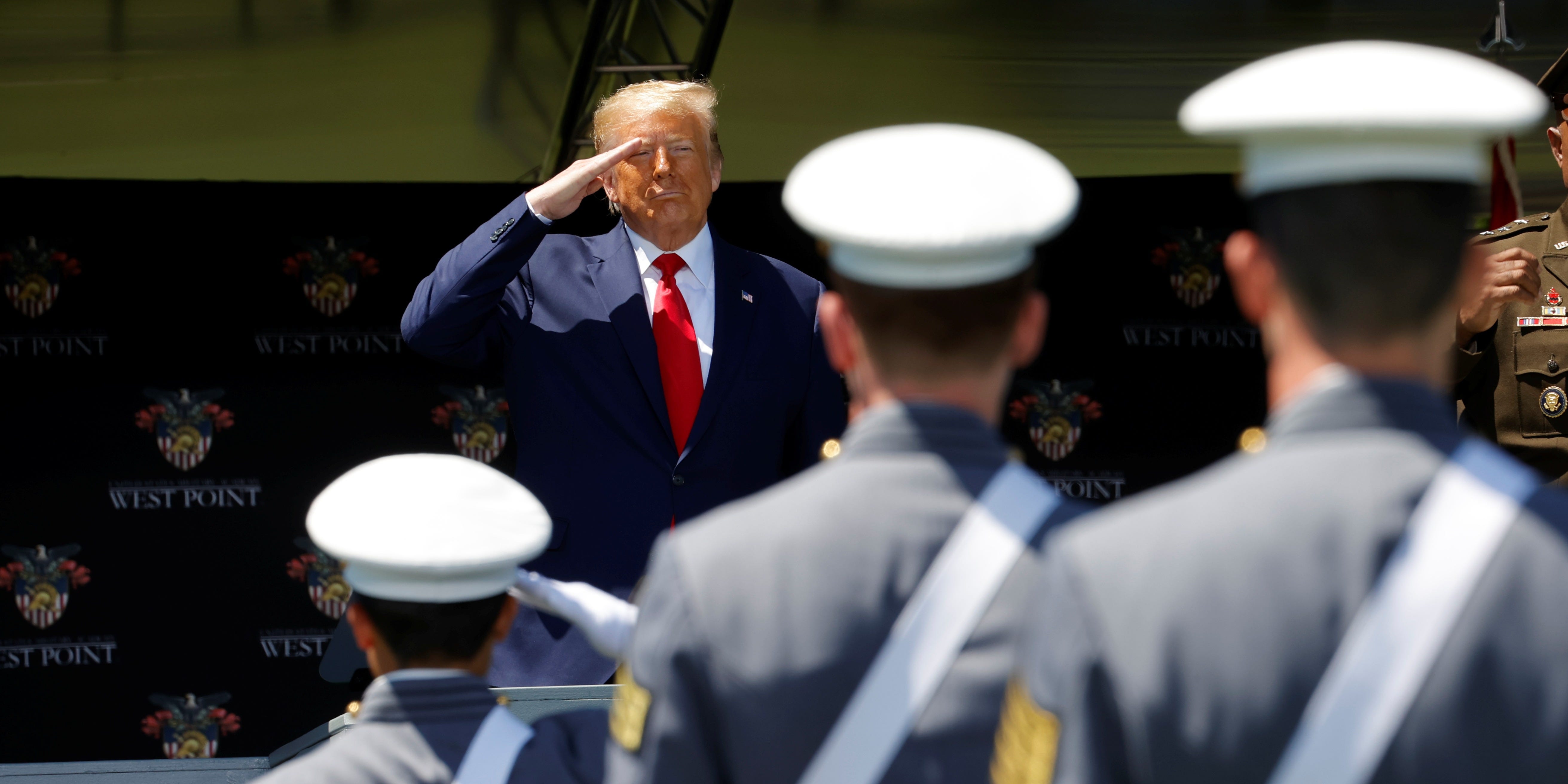 President Donald Trump revealed new details about a mystery missile during an address at West Point Saturday, appearing to offer new insight into a high-speed weapon he previously called the “super duper missile.”

In mid-May, Trump boasted about US military strength from the Oval Office, and in the process, he announced that the US is building a new missile faster than anything currently available.

“We’re building incredible military equipment at a level that nobody has ever seen before. We have no choice with the adversaries we have out there,” the president said.

“We have – I call it, the ‘super duper missile,'” Trump said, explaining that he “heard the other night, 17 times faster than what they have right now, when you take the fastest missile we have right now.”

“You’ve heard Russia has five times and China’s working on five or six times. We have one 17 times, and it’s just gotten the go-ahead,” he said.

Hypersonic weapons are able to travel at high speeds and along unpredictable flight paths, making them difficult for traditional air-and-missile defence systems to intercept. The development of these weapons has become a point of competition between the US, Russia, and China.

Speaking to the graduating class of 2020 at the US Military Academy at West Point Saturday, Trump provided new information on the weapon he boasted about last month.

“We are building new ships, bombers, jet fighters, and helicopters by the hundreds. New tanks, military satellites, rockets and missiles, even a hypersonic missile that goes 17 times faster than the fastest missile currently available in the world.”

He said that the missile can strike a target 1,000 miles away, striking within 14 inches of centre point. These appear to be the most specific details to date about the missile in question.

Trump’s description of the new missile as being 17 times faster than the fastest missile currently available in the world is likely an exaggeration or a misunderstanding, for while hypersonic systems tend to be faster than some missiles, such as Tomahawk cruise missiles, they tend to be slower than some ballistic missiles.

For instance, the US Air Force’s LGM-30 Minuteman III intercontinental ballistic missile can hit speeds as high as Mach 23, over 17,600 mph. A weapon able to travel at speeds 17 times faster than that would be unbelievably fast.

In February, the president touted US military strength while discussing “superfast missiles,” which he described with slower speeds than the weapon he discussed Saturday.

“We have the superfast missiles – tremendous number of the superfast. We call them ‘superfast,’ where they’re four, five, six, and even seven times faster than an ordinary missile,” he said at the time.

The US conducted a test of a hypersonic glide vehicle in March, verifying a design that will be used to develop weaponry expected to come online in the next few years.