Trump refuses to give a 'drop dead date' to prove his case about election fraud: 'I'm not going to say a date' 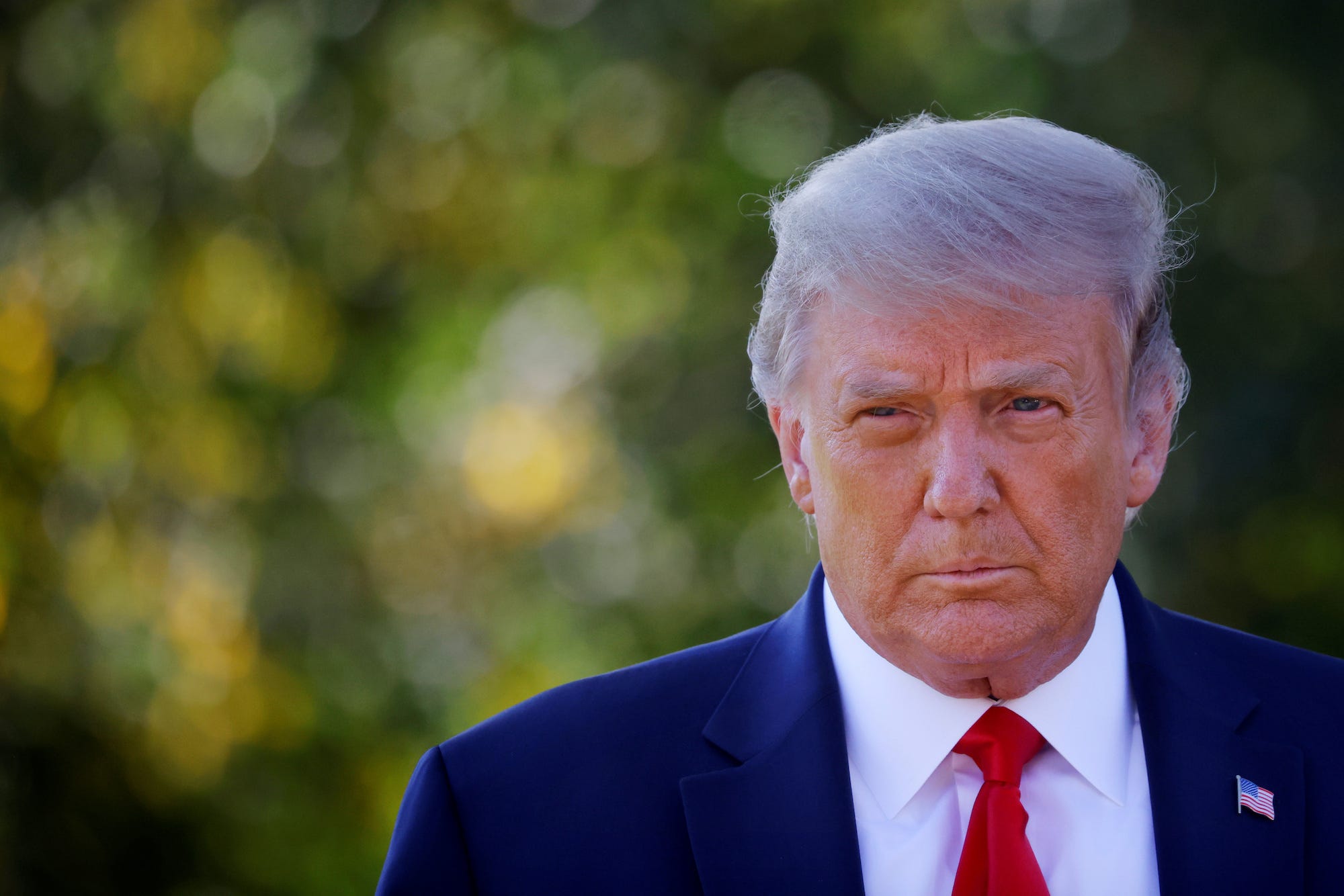 Carlos Barria/ReutersPresident Donald Trump approaches reporters as he departs on campaign travel to Minnesota from the South Lawn at the White House in Washington, DC, September 30, 2020.

President Donald Trump on Sunday refused to specify when he’ll end the lawsuits alleging election fraud, setting up another obstacle in waiting for the incoming Biden administration.

“I don’t want to give you an actual date,” he told Maria Bartiromo on Fox News when asked for details on when he’ll drop the election charges.

Joe Biden won the presidency weeks ago, but Trump has repeatedly refused to concede.

At one point, he appeared to concede the results and acknowledge Biden’s victory. But he quickly walked back those comments, saying “I concede NOTHING.”

December 8 is the deadline for all states to close any remaining election disputes. Still, Trump did not offer a date. “I’m not going to say a date,” he told Bartiromo.

His conversation with Bartiromo acts as an extension of his attempts to derail the coming Biden administration.

For weeks, Trump has tried to cast doubt on the election results, pushing nearly two dozen legal attacks in multiple states where’s he demanded vote recounts. So far, he’s won none of them, and there’s ample evidence that voter fraud did not occur.

Earlier this month, for example, a group of international election observers reported no instances of voter fraud. The Organisation of American States said in a preliminary statement a team of 28 experts who observed the election across the country did not witness voter fraud happening, despite Trump and Carlson’s claims.

Trump lawyers also told the New York Times that they were worried the lawsuits they were bringing to challenge election results are not based on evidence.

The New York Times also called election officials in dozens of states, each of which said there was no evidence that fraud influenced the presidential election.

Despite the evidence, Trump on Sunday sidelined Bartiromo’s questions and did not give any sort of end date for the election charges.

But the transition process remains underway.

Biden is scheduled to be inaugurated into office on January 20, when Trump is expected to leave the White House and end his presidency.

Upon authorization from the General Services Administration, Biden has called the transition process “sincere” and said he’s beginning to receive national security information. But experts warn that Trump’s attempts to derail the transition process with these lawsuits are likely making it more difficult for Biden to slip into office as smoothly as possible.

“Transitions are enormous undertakings that are difficult to pull off with all the goodwill, funding, and experience imaginable,” said Lauren A. Wright, associate research scholar and lecturer at Princeton University. “So it doesn’t take a lot to imagine how much the process is harmed when it is characterised by animosity, resentment and withholding of critical resources and information.”

Trump has hinted that he will not leave the White House quietly. He is starting to strategize ways to remain relevant even after Biden takes office. He’s considering a 2024 run for president and reportedly plans to host a campaign event on the same day as Biden’s inauguration.

The Biden transition team did not immediately respond to a request for comment from Business Insider.