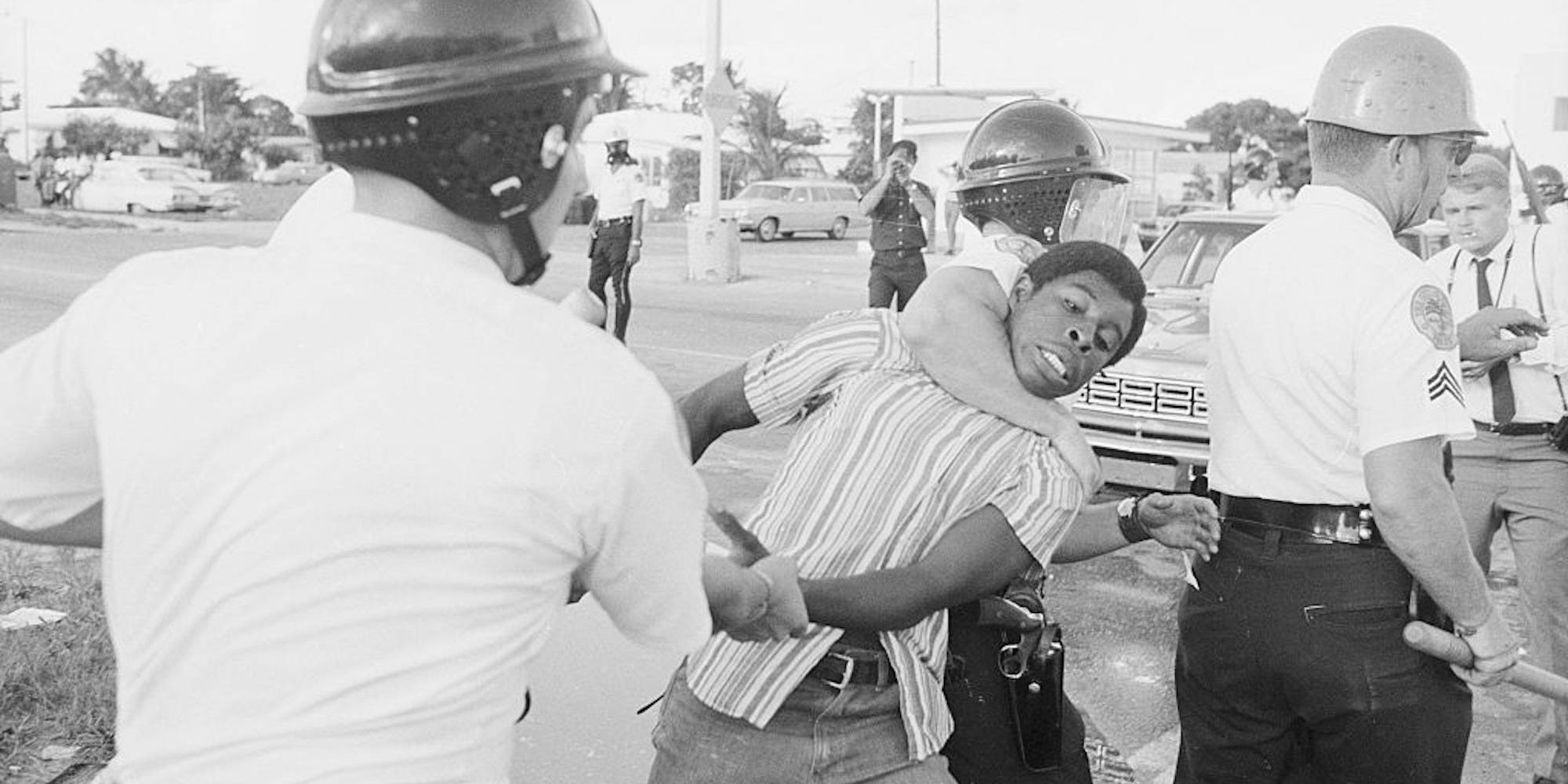 Getty ImagesMiami police officers dragging away a black man during a clash between the police and rioters in the city’s Liberty City district in August 1968.

Early on Friday, Twitter escalated its feud with President Donald Trump in dramatic fashion – labelling one of the president’s tweets with a warning that it was “glorifying violence.”

The president sent the message late Thursday about the sometimes-violent protests in Minneapolis over the death of George Floyd, an unarmed black man, in police custody.

The message said: “Just spoke to Governor Tim Walz and told him that the Military is with him all the way. Any difficulty and we will assume control but, when the looting starts, the shooting starts. Thank you!”

In its statement explaining the move, Twitter said it acted because the message “violates our policies regarding the glorification of violence based on the historical context of the last line, its connection to violence, and the risk it could inspire similar actions today.”

This Tweet violates our policies regarding the glorification of violence based on the historical context of the last line, its connection to violence, and the risk it could inspire similar actions today. https://t.co/sl4wupRfNH

The “historical context” the company referred to is the 1960s – and the Miami police chief Walter Headley’s aggressive policing of black neighbourhoods denounced at the time by civil-rights leaders.

At a news conference in December 1967, as tensions simmered in response to months of police brutality, Headley threatened violent reprisals if the situation escalated.

“When the looting starts, the shooting starts,” Headley told reporters, according to media reports at the time.

In August the following year a three-day riot erupted as Richard Nixon was addressing the GOP convention across the city. During the riots the police killed three people and left 18 wounded, alongside 222 arrests, according to a Washington Post account of the unrest. 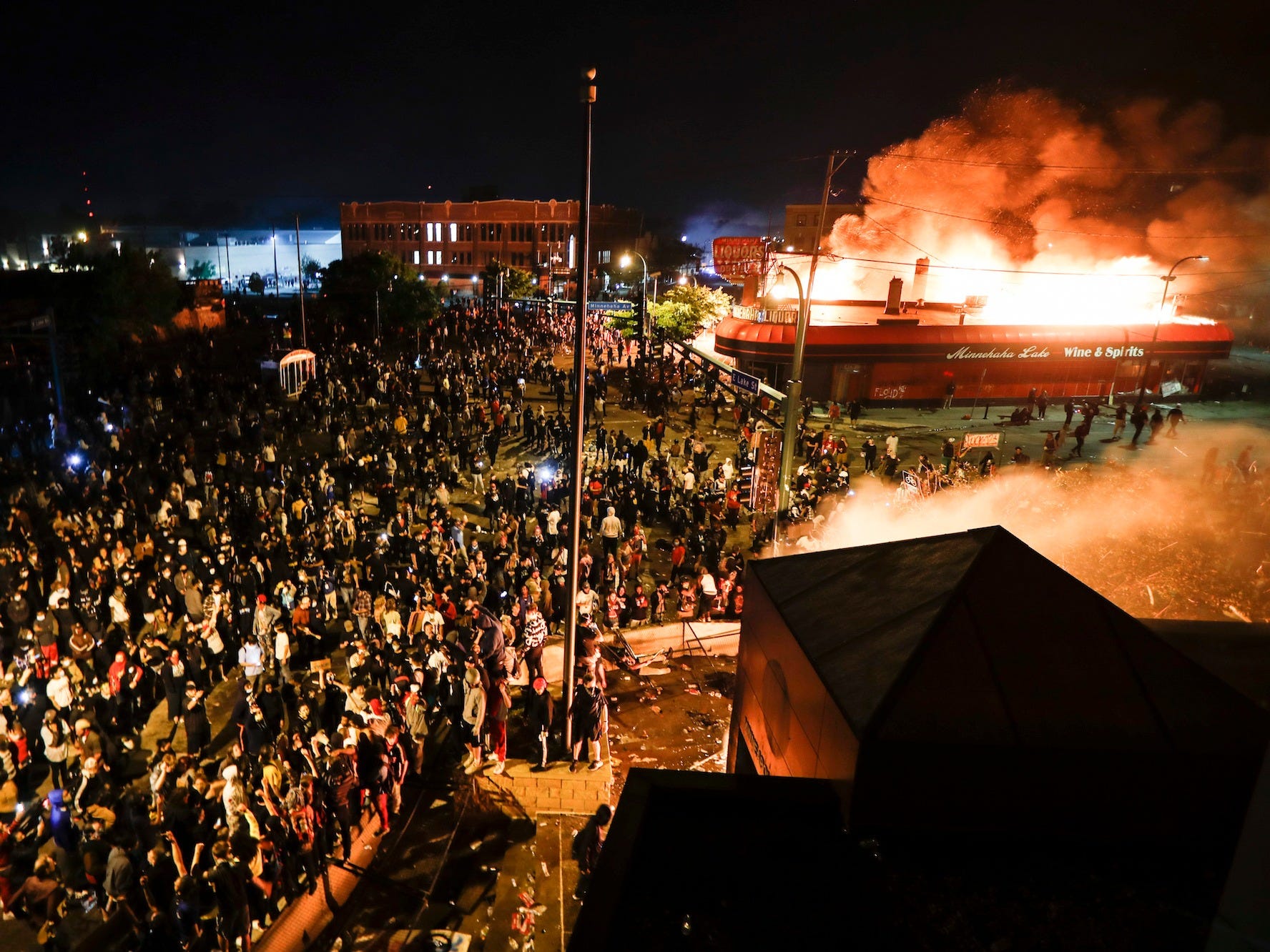 In its obituary of Headley, The New York Times reported that he had been on vacation when the rioting started and again said “when the looting starts, the shooting starts” when asked whether he would return to oversee the police response.

“They know what to do,” he said of staff officers.

The National Commission on the Causes and Prevention of Violence found that Headley’s remarks and policing policies had been a significant factor in sparking the riots.

Headley died four months after the riots. The Times in its obituary noted his policies had caused “growing resentment” among black Miami residents.