In a rare reversal, Trump pushed back his campaign rally in Tulsa so it wouldn't coincide with Juneteenth 'out of respect' for the holiday 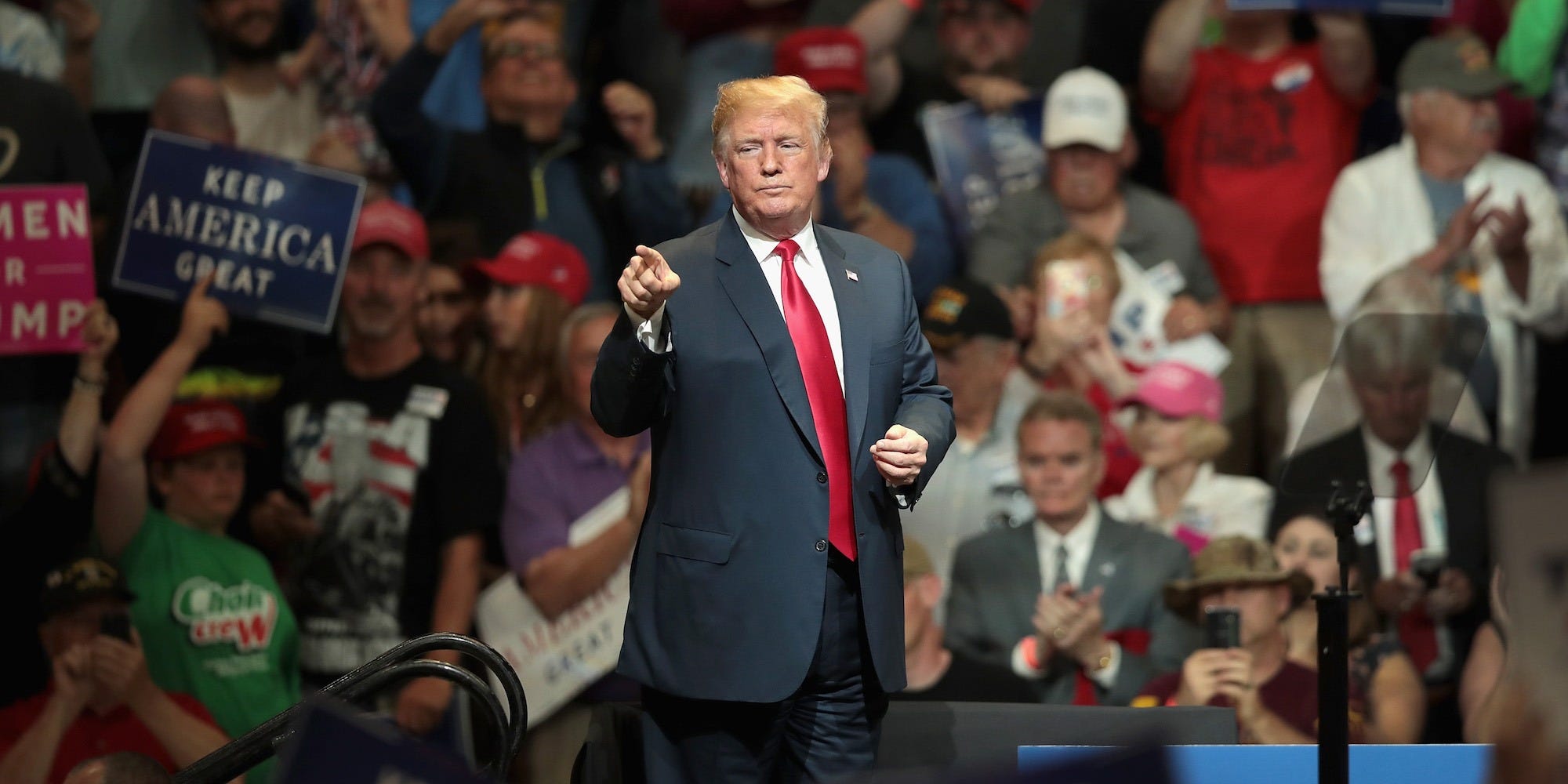 President Donald Trump has rescheduled his June 19 rally in Tulsa “out of respect.”

“We had previously scheduled our #MAGA Rally in Tulsa, Oklahoma, for June 19th – a big deal. Unfortunately, however, this would fall on the Juneteenth Holiday,” Trump wrote in a tweet.

In a rare reversal, he tweeted that he made the decision after “many African American friends and supporters have reached out to suggest that we consider changing the date.”

“I have therefore decided to move our rally to Saturday, June 20th, in order to honour their requests,” Trump wrote.

Earlier this week, Trump announced that he planned to restart his campaign rallies – after pausing them because of the novel coronavirus – in Tulsa on June 19.

The move garnered criticism since the rally would be held on Juneteenth – a holiday to celebrate the end of slavery that is commemorated by Black Americans as an independence day – in a city where a race massacre took place 99 years ago.

Tulsa was the site of the 1921 Tulsa Massacre, which unfolded 99 years ago on June 1. In Tulsa, A white mob destroyed “Black Wall Street” and historians estimate 300 were killed.

At the time of the announcement, Trump advisor Katrina Pierson defended the move in a statement.

“As part of the party of Lincoln, Republicans are proud of the history of Juneteenth, which is the anniversary of the last reading of the Emancipation Proclamation,” Pierson wrote.

“The African American community is very near and dear to his heart,” she said. “At these rallies he often shares the great work he has done for minority communities.”

On the heels of weeks of protests over the police killing of George Floyd in Minneapolis, Trump went on to tell Fox News host Harris Faulkner that he didn’t intentionally choose the rally’s date and location.

“Think about it as a celebration,” he said. “My rally is a celebration. In the history of politics, I think I can say there’s never been any group or any person that’s had rallies like I do. I go and I just say, give me the biggest stadium and we fill it up every time. We’ve never had a vacancy.”

However, two campaign officials told the Associated Press that the Trump camp was aware that the event coincided with Juneteenth. They spoke on the condition of anonymity because they weren’t permitted to speak about these conversations publicly.

The decision was justified because former Vice President and current Democratic presidential nominee Joe Biden held a fundraiser a year ago on June 19. The officials told AP that they expected some backlash, but didn’t expect the level of criticism they received.

According to the officials, Oklahoma was chosen because it is heavily Republican – Trump expects a repeat of his easy win in 2016 – and has a governor, Kevin Stitt, who supports the president. The state has also not been severely impacted by the coronavirus. Of the United States’ 2 million cases, Oklahoma is home to only 7,849 cases and 360 deaths as of Saturday, based on data from Johns Hopkins University.

The BOK Centre, which can seat some 19,000 people, is “turn-key,” the officials said, and could be utilised easily for a Trump rally. The president hasn’t held a rally in Oklahoma since becoming president so campaign leaders anticipated a large and enthusiastic crowd would fill the arena.