Trump said he would walk with protesters to the Capitol, but drove off in his motorcade before the march devolved into a violent attack 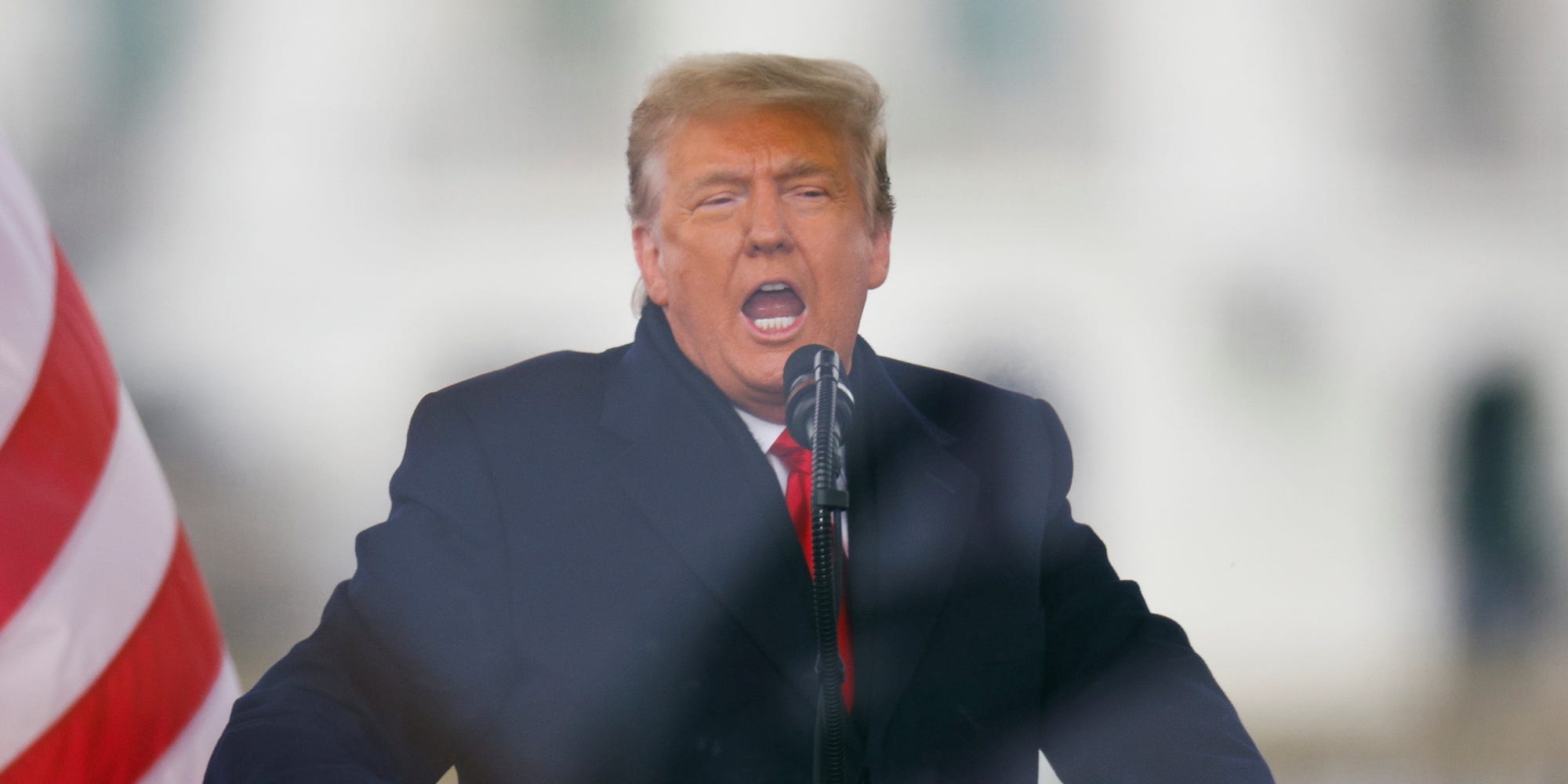 Jim Bourg/ReutersPresident Donald Trump at a rally to contest the certification of the 2020 presidential election results on January 6, 2021.

President Donald Trump encouraged protesters to march on the Capitol on Wednesday with the assurance that he would join them â€” but instead drove away in his motorcade.

He spoke to supporters at the “Save America” rally in Washington DC, organised in protest at the certification of President-elect Joe Biden’s election victory.

While Trump-loyalist members of Congress debated a postponement of the certification in the Capitol, Trump himself fired up his crowd.

President Trump says that following his speech, he will lead his supporters in a march to the Capitol building to "cheer on our brave senators and congressmen and women." pic.twitter.com/g5seac97wC

Trump spoke from behind bulletproof glass, according to Bloomberg reporter Josh Wingrove.

The president’s pledge to join the marchers was greeted with cheers. However, according to the press pool report sent following the rally, he actually went back to the White House in his motorcade.

Per the pool report: President Trump's motorcade just made it back to the White House despite him telling his supporters he was going to walk to the Capitol with them.

He then watched the ensuing violence unfold on cable news, as Insider’s Charles Davis and Lauren Frias reported.

In his speech, Trump urged his followers to “fight like hell” to overturn the election he lost.

“You’ll never take back our country with weakness,” he said. “You have to show strength and you have to be strong.”

However, he continued to push the false narrative of a stolen election and praised the rioters as “great patriots” in a post that Twitter later deleted.

The White House did not immediately respond to Insider’s request for comment.