The White HouseWhite House press secretary, Kayleigh McEnany holds up what appears to be a real check with President Donald Trump’s bank account and routing number at a press briefing on Friday. The photo has been cropped to exclude any information.

During a briefing on Friday, President Donald Trump’s Press Secretary may have shown his private bank account and routing numbers, while displaying a check he donated to the Department of Health and Human Services, The New York Times noted. The photos are cropped to exclude any possible information.

As Business Insider previously reported, Trump promised to donate his $US400,000 presidential salary, and each quarter it is revealed what entity receives the donation.

“I won’t take even one dollar. I’m totally giving up my salary if I become president,” Trump said in a short video posted to his Twitter account in 2016.

According to The Times, Kayleigh McEnany not only revealed where this quarterly $US100,000 donation was going but inadvertently showcased what appeared to be a “real check from Capital One, complete with the relevant details.”

An administration official told The Times that mock checks were never used in the briefing.

That sort of personal information could allow someone to hack an account, withdraw funds, and make unauthorised purchases. 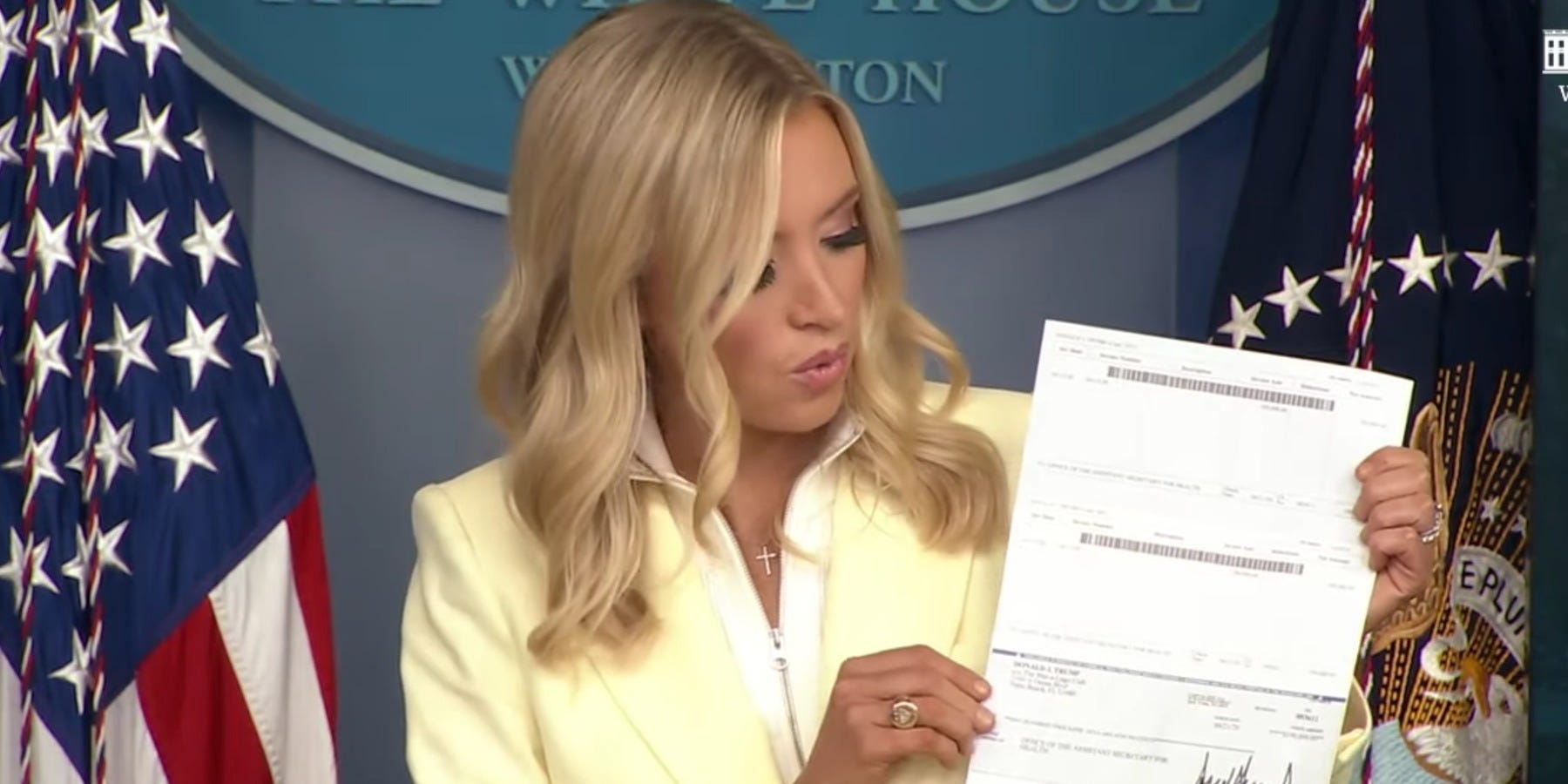 The White HouseWhite House press secretary, Kayleigh McEnany holds up the check. This photo has been cropped to remove potential information.

Eva Velasquez, the president, and chief executive of the Identity Theft Resource Centre told The Times that while she believed a bank would have extra precautions for protecting the bank accounts of high profile individuals like Trump, she was concerned about McEnany’s actions.

“This is one of those situations where setting the example is very important,” Velasquez told The Times. “It’s very important for your average person to understand this is not a best practice.”

McEnany has not responded to Business Insider’s request for comment at the time of publication.