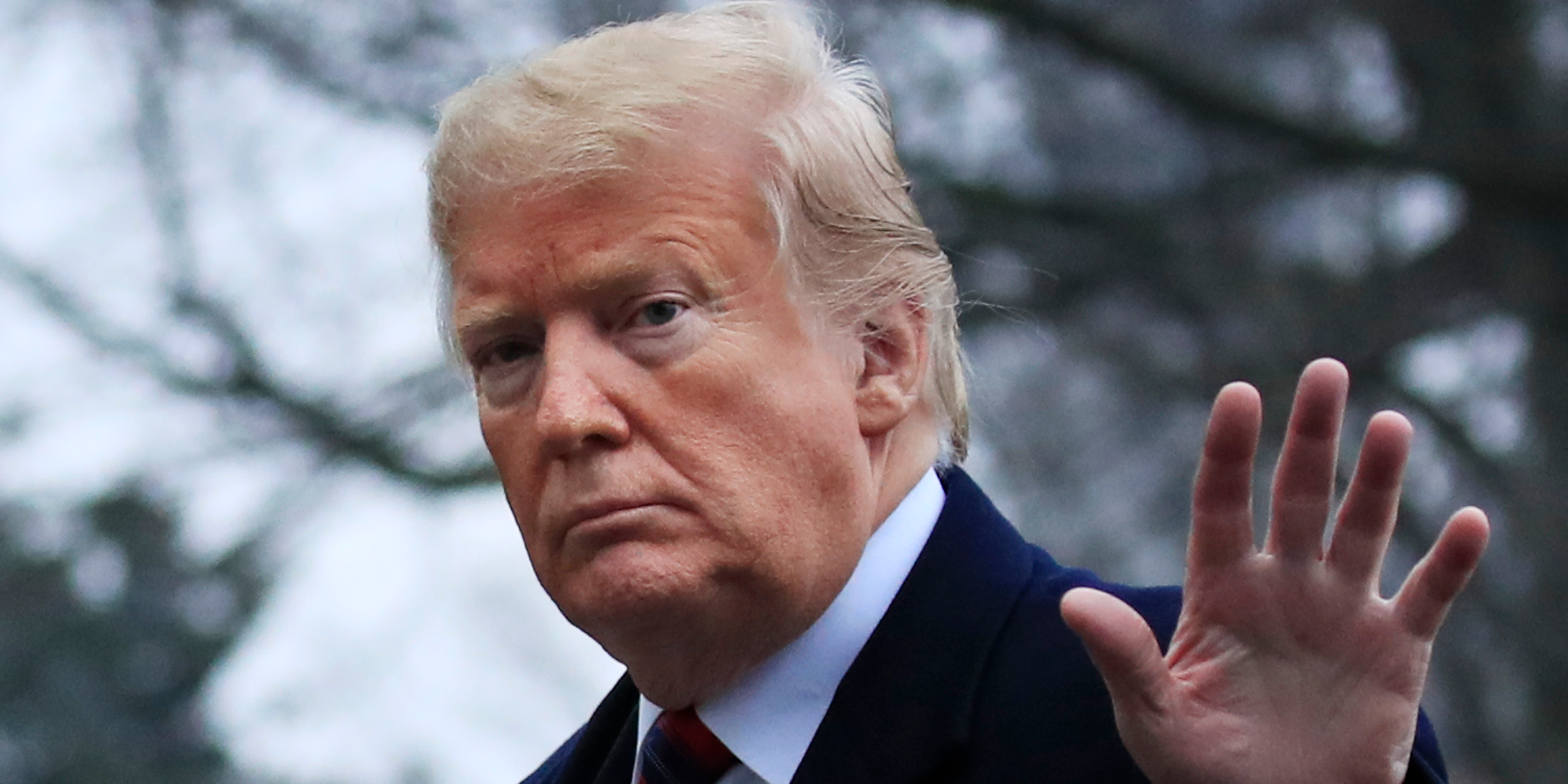 The president has repeatedly shared tweets and posts promoting the theory, which claims that the world is run by a satanic cult of pedophiles and powerful Democrats and that Trump is the only person who can save the world from them.

“Can you just, once and for all, state that that is completely not true and just disavow QAnon in its entirety?” the town hall’s moderator, Savannah Guthrie, asked Trump.

“So, I know nothing about QAnon,” the president began, before Guthrie reminded him that she had just told him what the conspiracy theory was about.

QAnon has been linked to multiple online hoaxes suggesting that there’s a worldwide child-trafficking ring being run by elites and powerful Democrats. QAnon has co-opted what had been a legitimate movement to end child trafficking, called “Save the Children,” The New York Times reported, as a way to recruit more supporters, organise rallies, and spread disinformation online.

When Guthrie reminded Trump on Thursday that QAnon claims there is a “satanic cult run by the deep state,” Trump replied: “I’ll tell you what I do know about. I know about antifa. I know about the radical left. I know how violent they are, how vicious they are, and I know how they are burning down cities run by Democrats, not by Republicans.”

“Why not just say it’s crazy and not true?” Guthrie pressed.

“You do know,” Guthrie shot back.

“I don’t know. No, I don’t know,” Trump insisted. “You told me all about it. Let’s waste a whole show. Let me just tell you, what I do hear about it is that they are very strongly against pedophilia, and I agree with that. I mean, I do agree with that.”

“OK,” Guthrie said, “but there’s not a satanic pedophile cult being run by–“

“I have no idea,” the president said. “I know nothing about that.”

“You don’t know that?” Guthrie said.

“No, I don’t know that, and neither do you know that,” Trump replied.