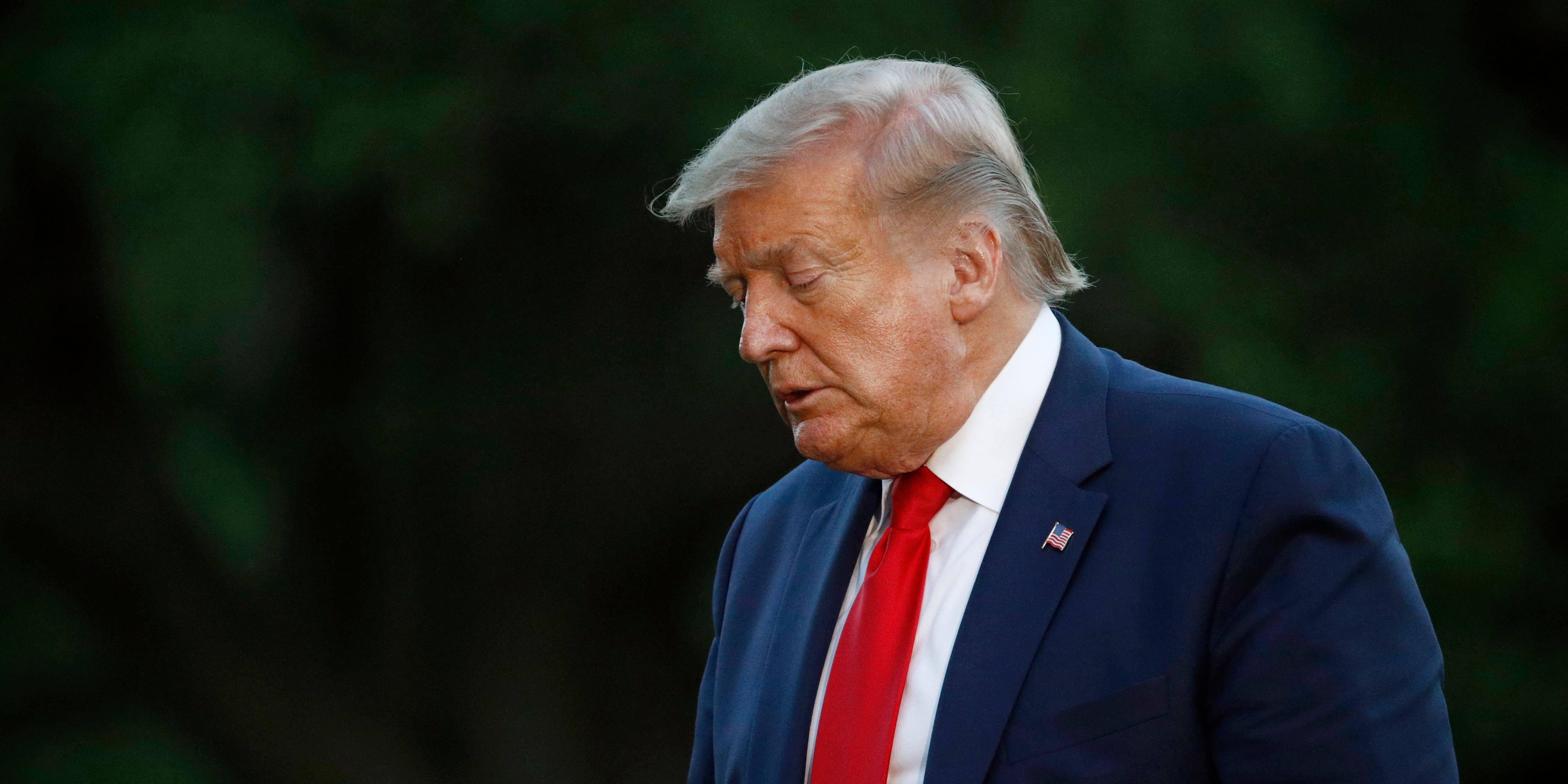 Associated PressPresident Donald Trump walks across the South Lawn of the White House in Washington, Saturday, May 30, 2020, after stepping off Marine One as he returns from Kennedy Space Centre for the SpaceX Falcon 9 launch. (AP Photo/Patrick Semansky)

Thirty years ago, Donald Trump said that China had shown the “power of strength” when its troops massacred pro-democracy demonstrators in Tiananmen Square the year before. Trump’s words foreshadowed his general disposition toward protesters as president, and offered a preview of his support for military crackdowns on anti-police brutality demonstrations in the present day.

It was March 1990, and Trump was being interviewed by Playboy magazine about his life as a real estate mogul. At one point, Trump was asked about a trip he’d taken to Moscow a few years prior.

Trump said he’d been “very unimpressed” with the Soviet Union.

“Their system is a disaster,” Trump said. “What you will see there soon is a revolution; the signs are all there with the demonstrations and picketing. Russia is out of control and the leadership knows it. That’s my problem with [former Soviet President Mikhail] Gorbachev. Not a firm enough hand.”

Trump was then asked if he meant “firm hand as in China.”

“When the students poured into Tiananmen Square, the Chinese government almost blew it. Then they were vicious, they were horrible, but they put it down with strength,” Trump replied. “That shows you the power of strength. Our country is right now perceived as weak…as being spit on by the rest of the world.” 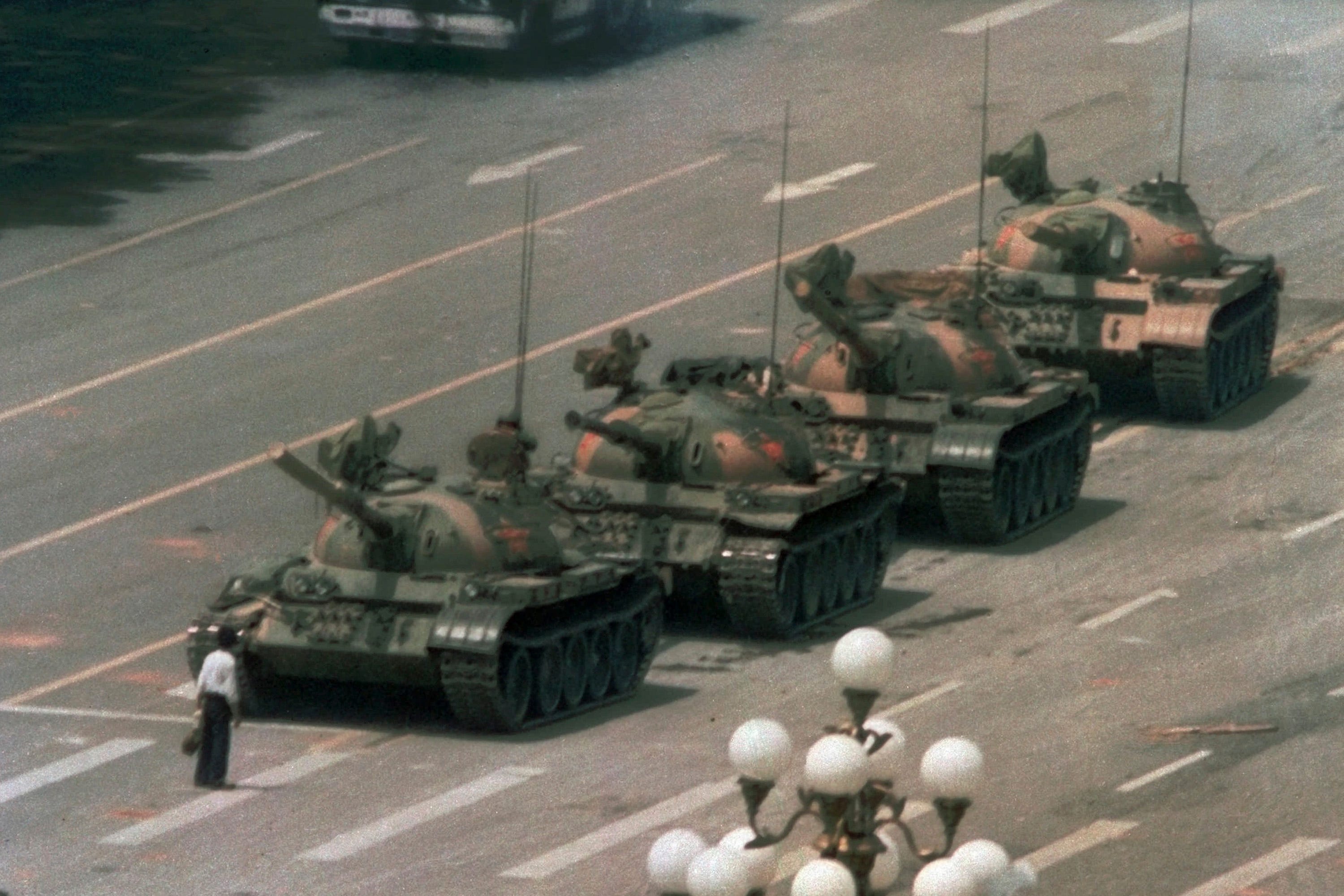 Fast-forward to 2020, and Trump has called on US governors to use law enforcement to “dominate” protesters who’ve flooded the streets of cities across America to demonstrate against police brutality. The protests were inspired by George Floyd, a black man who died last week after a Minneapolis police officer knelt on his neck for roughly eight minutes. Floyd was unarmed.

While many of the protesters have demonstrated peacefully, there has also been rioting and clashes with police. Law enforcement has been widely accused of exacerbating the situation with the use of force, including employing tear gas, batons, and rubber bullets against protesters, demonstrators, and journalists in some cases.

After nearly a week of unrest, and a weekend in which Trump hid in a secure White House bunker (and saw the lights turned off at the presidential residence), Trump on Monday told governors they were being “weak” in response to the demonstrations. He’s urged governors to deploy the National Guard, though nearly half of the country has already done so.

Over the course of the past week, Trump has routinely expressed support for the use of the military to quell the protests, and at one pointed tweeted “when the looting starts, the shooting starts.” The tweet was flagged by Twitter as “glorifying violence.”

The president later walked back on his “shooting” tweet, but has continued to advocate for the use of the military against the demonstrations.

Trump, who as president has repeatedly praised authoritarian leaders, on Saturday threatened to use the “unlimited power” of the US military against protesters, and warned demonstrators at the White House they could be met with the “most vicious dogs, and most ominous weapons.”

On Monday, Trump said GOP Sen. Tom Cotton was “100% Correct” after the Arkansas senator advocated for the use of military force to respond to the protests.

Experts on authoritarianism have warned that Trump’s rhetoric has increasingly resembled that of autocratic regimes. Responding to Trump’s tweet on shooting protesters last week, New York University historian Ruth Ben-Ghiat told Insider, “This is what American authoritarianism looks like.”

“Turning the army on protestors is what dictatorships do. It’s literally the antithesis of America,” Murphy tweeted.