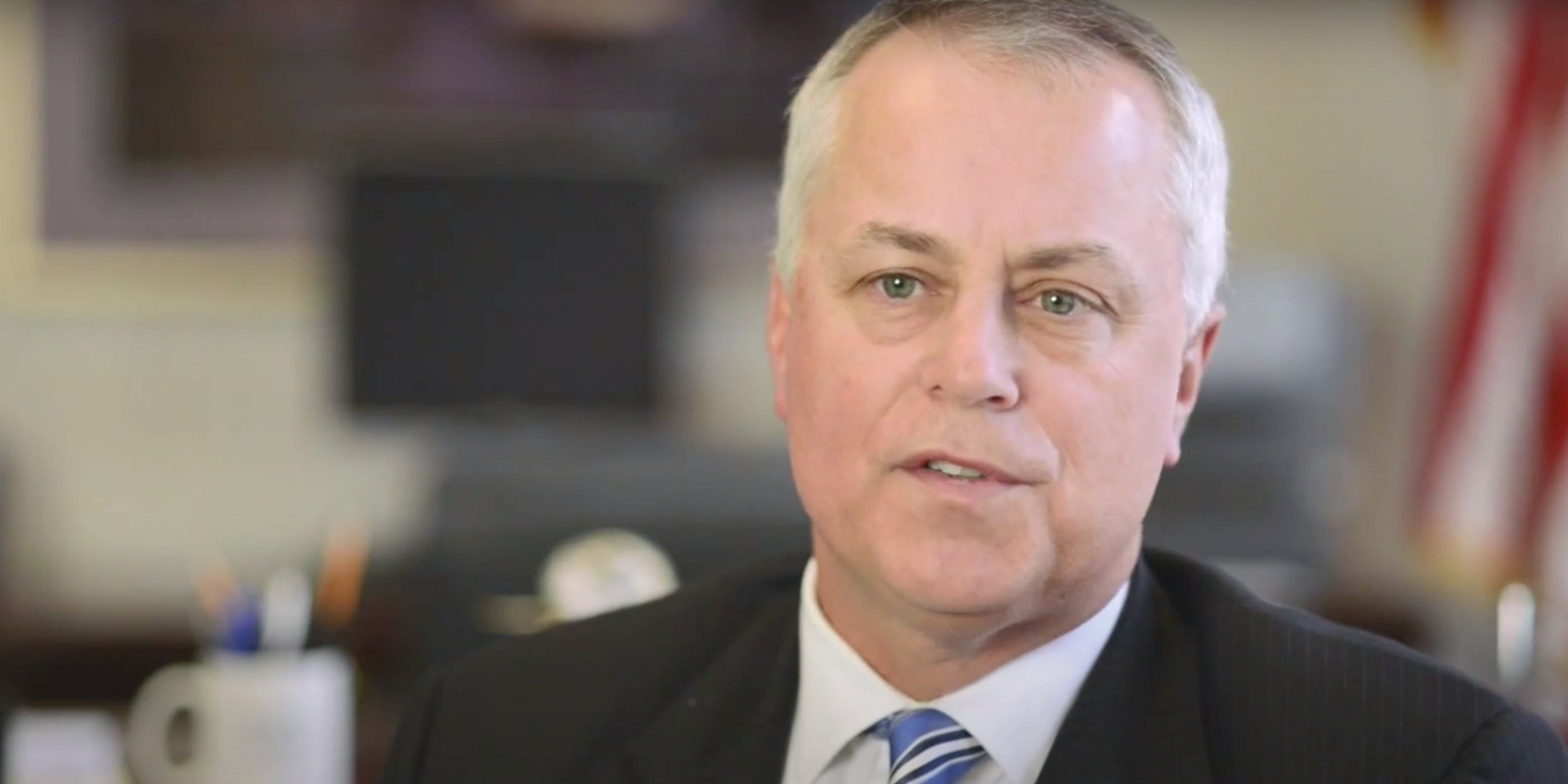 President Donald Trump has tapped a retired brigadier general turned Fox News commentator for a senior position in the Department of Defence, and his choice has a history of making false and offensive remarks, including calling former President Barack Obama a “terrorist.”

The White House announced Wednesday Trump’s intent to nominate retired Brig. Gen. Anthony J. Tata to be the next under secretary of defence for policy. The position was previously held by John Rood, who undermined a White House talking point on the withholding of aid to Ukraine and was asked to resign from his post in February.

If confirmed by the Senate, Tata would be among the top Pentagon leadership and would be responsible for many important policy decisions.

Democrat lawmakers are already opposing his nomination though.

Chip Unruh, press secretary for Sen. Jack Reed of Rhode Island, told Politico Monday the senators prefers to “wait for the hearing process before commenting on nominees,” but, “in this case, there are real warning signs flashing.”

He said that if the nomination moves forward, Reed, as the top Democrat on the Senate Armed Services Committee, will oppose it.

Looking through Tata’s social media comments, CNN found last Friday that Tata has made many Islamaphobic comments and repeatedly criticised Obama, even going so far as to call him a “Muslim” and a “terrorist” who “did more harm to US vital interests and help Islamic countries than any president in history” in a few 2018 tweets that have since been deleted. 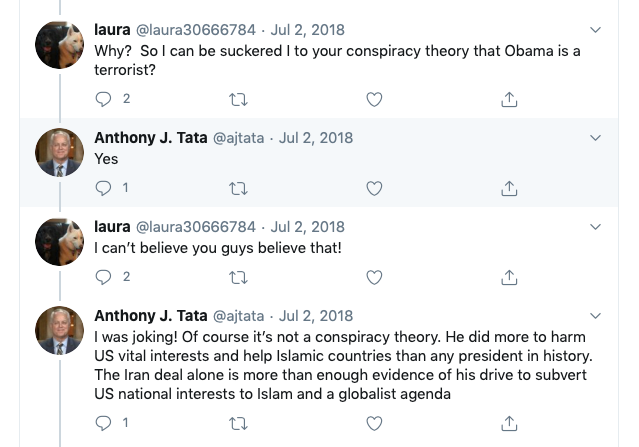 An Islamophobic conspiracy theorist who called President Obama a “terrorist leader” should not be #3 at the Pentagon. Anthony Tata is by far Trump's most unqualified & ill-suited senior defense nominee – a high bar. @SASCMajority shouldn’t even give him a hearing. https://t.co/Kn47dHEGea

In one tweet responding to a Twitter user who said that Obama was not a “terrorist sympathizer,” Tata replied, “No, he was just a terrorist leader,” writing that Obama “gave $US150B to #1 state sponsor of terror so they could destroy Israel,” a reference to Iran and the Iran nuclear deal.

The Iran deal, which was approved by six countries and the European Union, unlocked frozen Iranian assets, with $US150 billion being the highest estimate of their total value. Trump withdrew from the Iran deal in 2018, increasing tensions between Washington and Tehran, tensions that earlier this year nearly brought the two countries to the brink of war.

The tweet falsely characterising Obama as a “terrorist leader” has, like the others, been deleted. Screen shots of the deleted tweets can be seen here.

Tata, in another tweet that has since disappeared, also wrote that Obama was a “terrorist” who “normalized Islam for America.”

The retired general, who served 28 years in the Army before retiring in 2009, has been a staunch supporter of the president, and Trump has even touted Tata’s support in his own social media posts.

Update: This post has been updated to include comments from Sen. Jack Reed and Sen. Elizabeth Warren.