President Donald Trump used Vice President Mike Pence to convey to Ukrainian President Volodymyr Zelensky that the US would withhold military aid to the country while demanding that it aggressively investigate corruption, The Washington Post reported on Tuesday.

The Ukrainians likely understood that Trump’s demand to investigate corruption was connected to his desire for them to look into former Vice President Joe Biden and his son ahead of the 2020 election, The Post said.

The revelation is the latest indication that the US president may have dangled taxpayer dollars to get a foreign government to investigate a rival for political gain.

Trump’s direction to Pence came shortly after his July 25 phone call with Zelensky that’s the focus of an explosive whistleblower complaint filed by a US intelligence official in August.

The complaint alleged that Trump used the power of his office to “solicit interference from a foreign country” in the 2020 US election. His personal lawyer Rudy Giuliani is described as a “central figure in this effort,” and it said Attorney General William Barr “appears to be involved as well.”

Trump had ordered his administration to withhold the nearly $US400 million military-aid package to Ukraine days before the phone call with Zelensky.

While the White House’s notes on the call showed that Trump did not directly mention offering aid in exchange for Zelensky’s assistance in investigating Biden, they confirmed that Trump brought up how the US does “a lot for Ukraine” right before asking Zelensky to do him a “favour” by investigating Biden and discrediting the former special counsel Robert Mueller’s Russia probe.


Read more:
Mike Pompeo made at least 4 significantly misleading statements about his role in the Trump-Ukraine phone call

Pence addressed the issue of corruption in Ukraine during a diplomatic trip to Poland earlier this month, before the public learned of the whistleblower’s complaint and after it was reported that the US was withholding aid from Ukraine.

Pence held a news conference one day after he met with Zelensky on September 1.

“Did you discuss Joe Biden at all during that meeting yesterday with the Ukrainian president?” a reporter asked Pence. “And No. 2, can you assure Ukraine that the holdup of that money has absolutely nothing to do with efforts, including by Rudy Giuliani, to try to dig up dirt on the Biden family?”

Pence replied: “Well, on the first question, the answer is no. But we … discussed America’s support for Ukraine and the upcoming decision the president will make on the latest tranche of financial support in great detail.”

Pence added that Trump had asked him to meet with Zelensky and convey that the US has “great concerns about issues of corruption.”

Zelensky, Pence said, assured him that his government had taken steps to “address the issue of public corruption.”

Pence said that before investing more taxpayer money in Ukraine, “the president wants to be assured that those resources are truly making their way to the kind of investments that will contribute to security and stability in Ukraine, and that’s an expectation the American people have and the president has expressed very clearly.”


Read more:
The Trump whistleblower told the House Intelligence Committee about their concerns before filing an official complaint

It’s unclear what Pence knew about the July 25 call or the whistleblower’s complaint ahead of the meeting.

Officials close to the vice president told The Post he had no knowledge of Trump’s efforts to pressure Zelensky to investigate the Bidens over their dealings in Ukraine.

Katie Waldman, the press secretary for the vice president, released a statement in response to The Post’s report:

Other officials, however, told The Post that one of Pence’s top deputies was on Trump’s July phone call with Zelensky and that the vice president should have had access to notes about the conversation.

The whistleblower’s complaint detailed how senior White House officials took steps to quickly “lock down” records of the call over concerns that it could prove damaging to the president. It said they took the unusual step of moving the official transcript from the computer system such documents are typically stored in and into a top-secret codeword-level system in the National Security Council that houses information pertaining to US national security.

The Wall Street Journal reported that Pence advised Trump against releasing the summary of his call with Zelensky last week. The vice president was said to have raised concerns about the precedent it could set but eventually sided with other White House officials calling for Trump to release it.

And citing a source familiar with the matter, The Associated Press reported on Tuesday that Trump told Pence not to take a scheduled trip to Ukraine for Zelensky’s inauguration in May – something the whistleblower said in the complaint. Pence’s aides, however, said that the trip was scrapped because of logistics.

A plumber found envelopes of cash and checks behind a toilet... 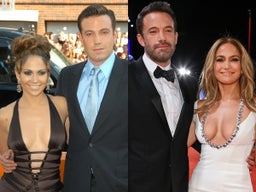 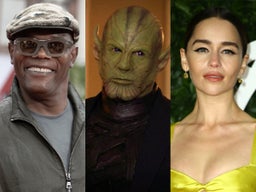