Trump pardons former campaign chairman Paul Manafort, who was convicted of multiple felonies and described as a 'grave counterintelligence threat' 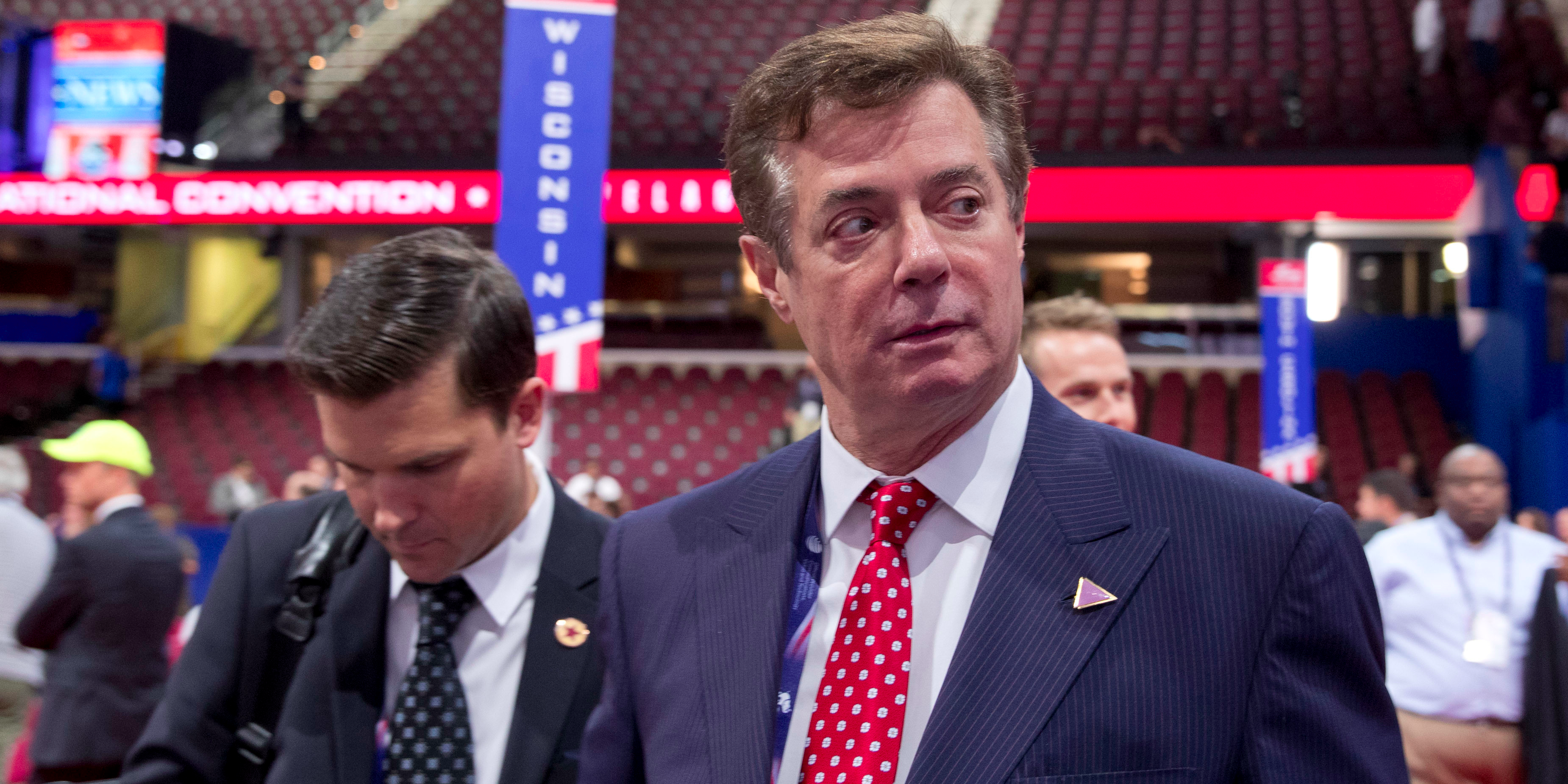 Manafort is the latest in a series of Trump allies ensnared in the FBI’s Russia investigation to receive pardons or commutations from the president before he leaves office in January.

In July, Trump commuted the sentence of his close associate and the longtime Republican strategist Roger Stone, who was convicted of seven felony counts of obstruction of justice, witness tampering, and lying to investigators. Stone also received a pardon from Trump on Wednesday.

Stone, Manafort and Charles Kushner, the father of the president’s son-in-law Jared Kushner, were among a group of 26 pardons and three commutations announced by the White House on Wednesday.

On Tuesday, Trump issued pardons and commutations to 20 people, including three former GOP congressmen, associates related to the Russia probe, and four Blackwater guards implicated in the murder of Iraqi civilians.

The president also issued a pardon in November to former national security advisor Michael Flynn, who pleaded guilty in December 2017 to lying to the FBI about his communications with Sergey Kislyak during the 2016 transition, when Kislyak was Russia’s ambassador to the US.

Axios recently reported that Trump plans to issue a wave of new pardons before leaving office and that he has offered pardons to people “like Christmas gifts,” including to those who did not ask for them and do not want to be pardoned. One source told the news website that Trump said he would pardon “every person who ever talked to me.”

Following the announcement of his pardon, Manafort tweeted for the first time since 2016 to thank Trump and praise his presidency.

“Mr. President, my family & I humbly thank you for the Presidential Pardon you bestowed on me,” he said. “You truly did ‘Make America Great Again.'”

Manafort was indicted in two separate cases stemming from the FBI’s investigation into Russia’s interference in the 2016 election and whether the Trump campaign conspired with Moscow to tilt the race in his favour.

Both indictments centered on his political consulting work from 2006 to 2015 for pro-Russian interests like Ukraine’s Party of Regions and former Ukrainian President Viktor Yanukovych.

The first case, brought in Virginia, Manafort and his associate, Rick Gates, were charged with 32 counts of tax fraud, bank fraud, and failure to report foreign bank accounts. The superseding indictment accused Manafort of, among other things, of laundering more than $US30 million in income from his foreign lobbying.

In the second case, Washington, DC, prosecutors alleged that Manafort did not register as a foreign agent while lobbying on behalf of Yanukovych and the Party of Regions. They also accused him of making misleading statements about his overseas work, conspiring to launder money, and attempting to tamper with witness testimony.

He was convicted in 2018 of eight out of 18 counts in the Virginia case. He later pleaded guilty to one count of obstruction and one count of conspiracy and agreed to cooperate with prosecutors in the second case.

But US District Judge Amy Berman Jackson voided the plea deal when she found that Manafort lied to prosecutors after saying he would cooperate. The former Trump campaign chairman was ultimately sentenced to 7 1/2 years in federal prison for his crimes.

Manafort was among the most high-profile figures to be convicted as part of the FBI’s Russia probe, which was spearheaded by the special counsel Robert Mueller. 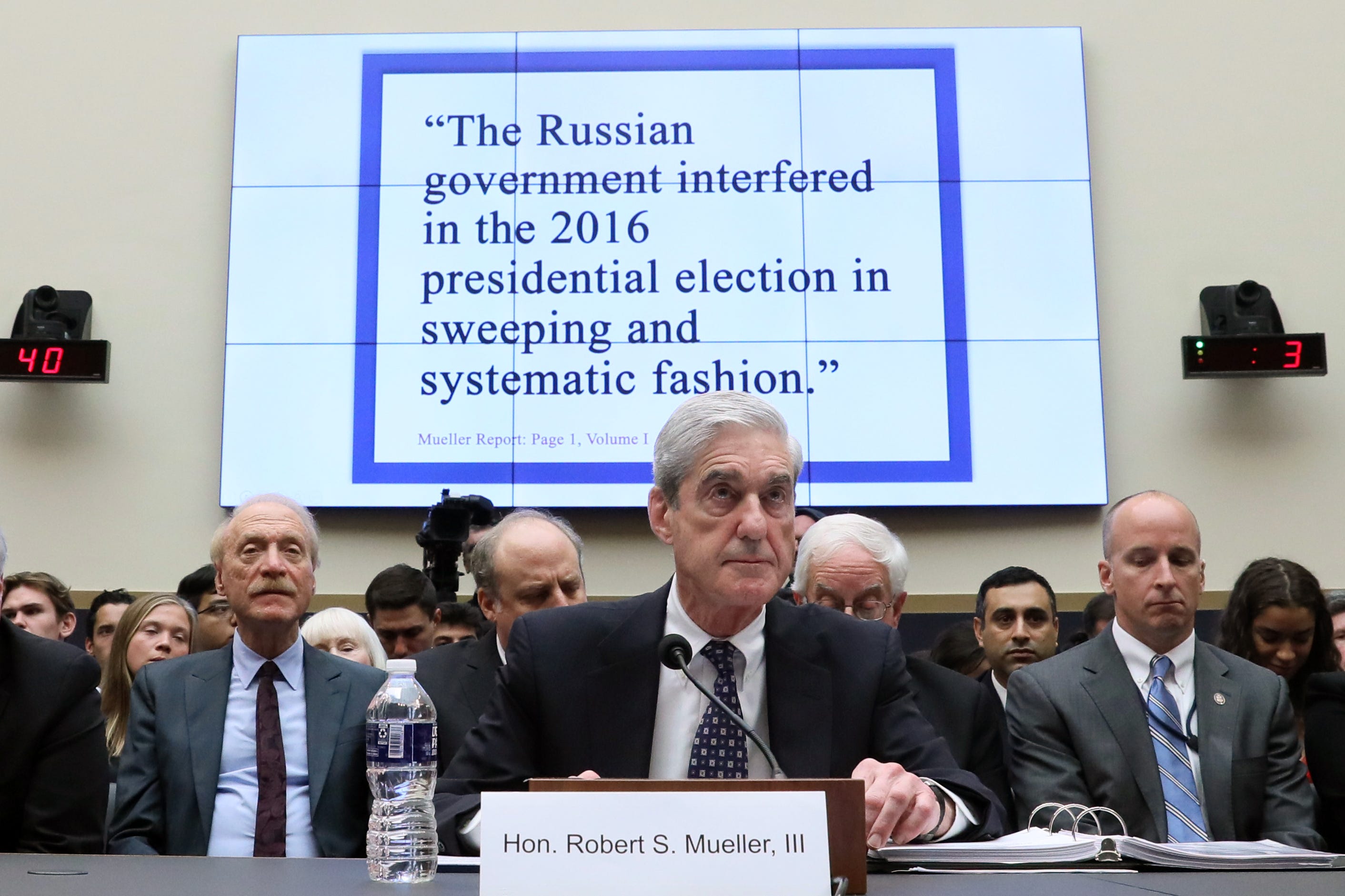 Jonathan Ernst/Getty ImagesFormer Special Counsel Robert Mueller testifies before a House Judiciary Committee hearing about his report on Russian interference in the 2016 presidential election in the Rayburn House Office Building July 24, 2019 in Washington, DC. Mueller will later testify before the House Intelligence Committee in back-to-back hearings on Capitol Hill.

He emphasised how serious it was for Manafort to illegally lobby for foreign governments on US soil.

“It is hard to imagine a more righteous prosecution of this act,” Weissmann said.

He also pointed to the crimes Manafort committed after already being charged in the Russia investigation.

“After being indicted, while on bail from two federal courts in a high-profile matter,” Manafort engaged in criminal conduct that “goes to the heart of the American justice system,” Weissmann said.

Trump praised Manafort for his refusal to ‘break’

The president, meanwhile, heaped praise on Manafort for not cooperating, and he often complimented his former campaign chairman for “refus[ing] to ‘break.'”

“Looking back on history, who was treated worse, Alfonse Capone, legendary mob boss, killer and ‘Public Enemy Number One,’ or Paul Manafort, political operative & Reagan/Dole darling, now serving solitary confinement – although convicted of nothing? Where is the Russian Collusion?” the president tweeted on August 1, 2018, while Manafort was on trial in Virginia.

Manafort was convicted in the Virginia case on the same day that Trump’s former lawyer and fixer, Michael Cohen, pleaded guilty to tax evasion, bank fraud, and campaign-finance violations as part of a separate investigation by the Manhattan US attorney’s office into illegal hush-money payments to two women who said they had affairs with the president.

“I feel very badly for Paul Manafort and his wonderful family,” Trump tweeted that day. “‘Justice’ took a 12-year-old tax case, among other things, applied tremendous pressure on him and, unlike Michael Cohen, he refused to ‘break’ â€”make up stories in order to get a ‘deal.’ Such respect for a brave man!”

Weissmann later wrote in his book, “Where Law Ends: Inside the Mueller Investigation,” that Trump’s public statements, which prosecutors viewed as being part of an effort to subvert Mueller’s investigation, significantly hampered their ability to conduct an aggressive investigation.

“It is hard enough for the executive branch to investigate a sitting president, who has the power to fire a special counsel (if needed, through the attorney general) and to thwart cooperation with an investigation by use of the clemency power,” he wrote in a November New York Times op-ed. Manafort, who repeatedly breached his plea agreement, “was surely holding out hope for a dangled pardon.” 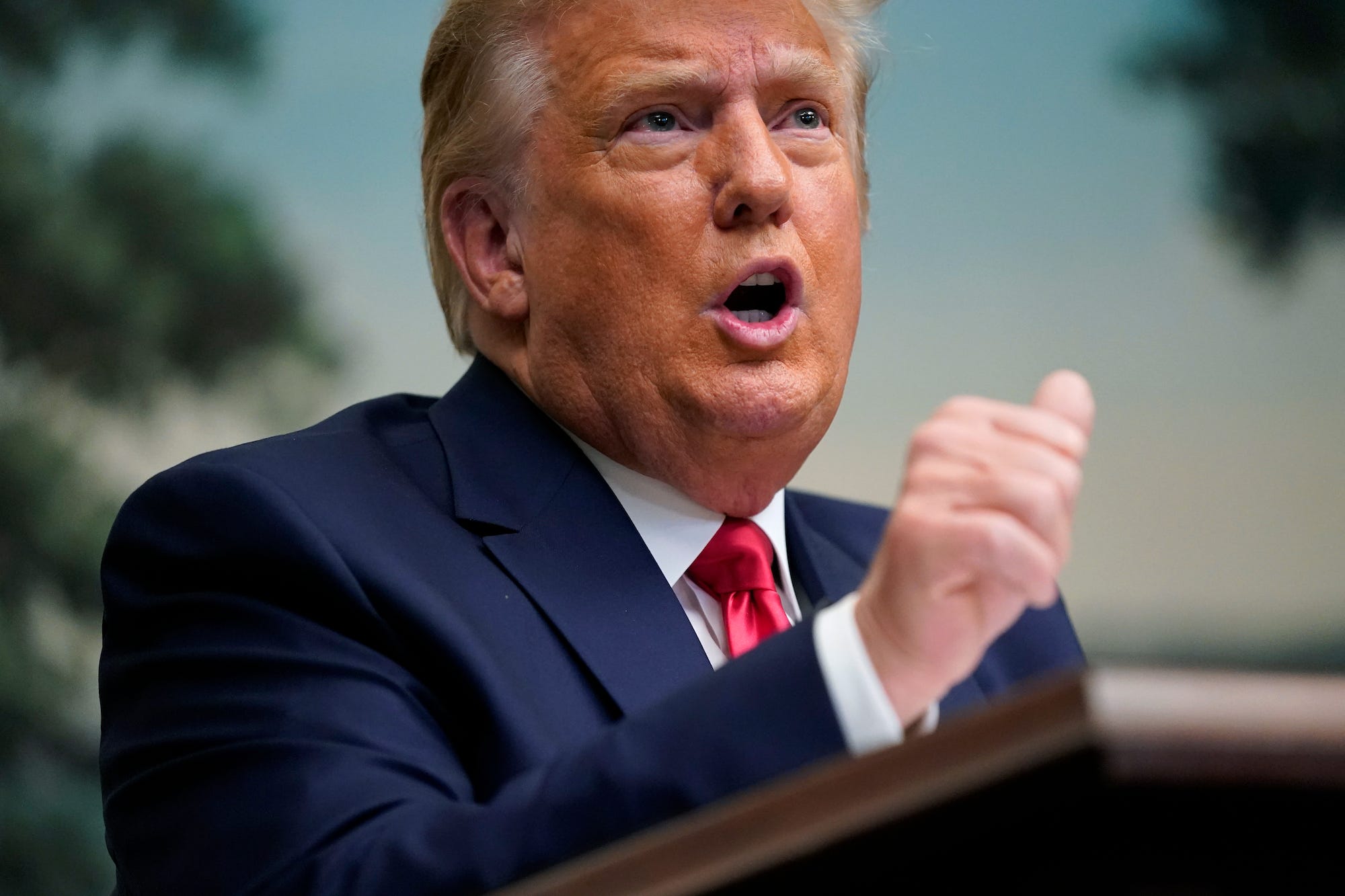 Manafort was a central figure in several threads of the Russia investigation because of his extensive ties to pro-Russian individuals and entities.

In August, the Republican-led Senate Intelligence Committee released the final instalment of its own report into Russia’s election interference.

Kilimnik, whom the report described as a former Russian intelligence operative with close ties to Manafort, “may be connected” to the GRU’s “hack-and-leak operation related to the 2016 US election,” the document said.

The GRU is Russia’s primary military intelligence agency, and the “hack-and-leak” operation the committee mentioned refers to the GRU’s efforts to breach the Democratic National Committee’s servers in 2016 and disseminate damaging information via WikiLeaks and the Russian hacker Guccifer 2.0. Manafort was leading the Trump campaign when WikiLeaks dumped the emails.

The report hinted at the possibility that Manafort had knowledge of the GRU’s hacking campaign. “Two pieces of information … raise the possibility of Manafort’s potential connection to the hack-and-leak operations,” the report said. Several subsequent paragraphs were redacted.

Manafort’s involvement in the hack-and-leak operation is “largely unknown,” the report said, and the committee did not have “reliable, direct evidence” showing that he and Kilimnik discussed the breach. However, “the content of the majority of the communications between Manafort and Kilimnik is unknown” and there is no “objective record” of the two men’s conversations when they met in person.

The former Trump campaign chairman was also one of three officials from Trump’s side to attend a widely scrutinised meeting at Trump Tower in June 2016 with a Kremlin-connected lawyer named Natalia Veselnitskaya to obtain dirt on Hillary Clinton’s presidential campaign. The meeting was pitched to Trump’s son Donald Trump Jr., who also attended, as being part of “Russia and its government’s support” for Trump’s candidacy.