Trump paid his daughter Ivanka $747,622 for 'consulting,' then deducted it from his taxes, according to a New York Times investigation 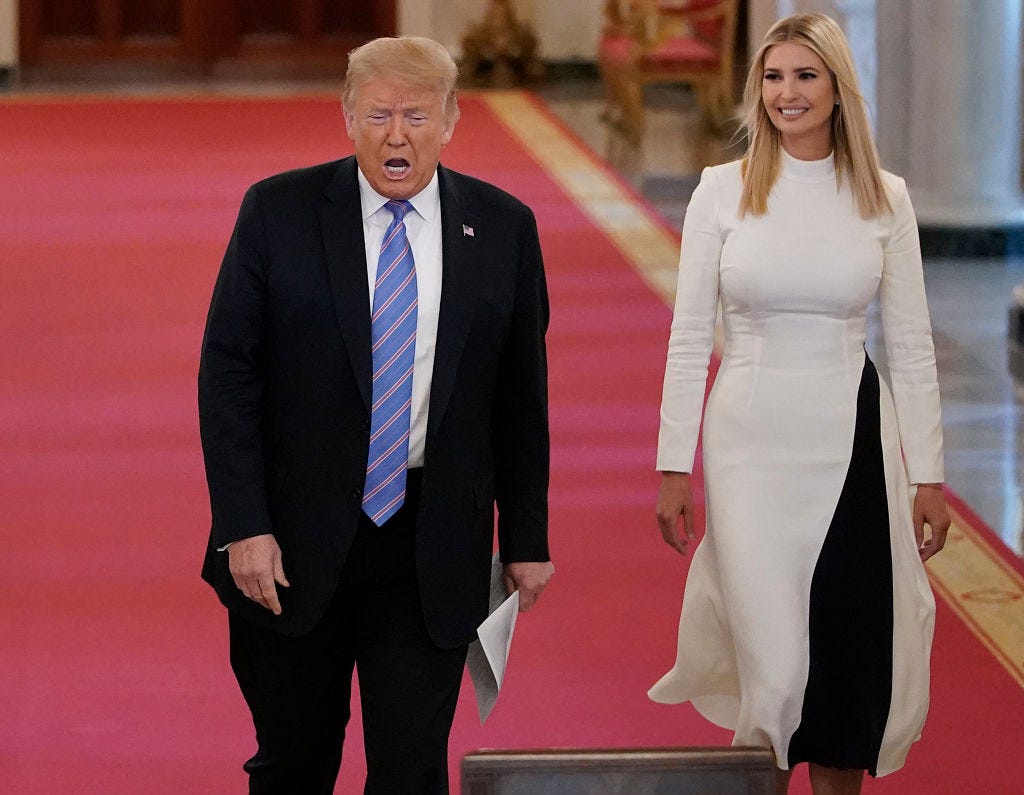 Drew Angerer/Getty ImagesPresident Donald Trump appeared to pay his eldest daughter, Ivanka Trump, more than $US700,000 in ‘consulting fees’ related to hotel deals she was already responsible for, The New York Times found.

President Donald Trump once appeared to pay his eldest daughter, Ivanka Trump, $US747,622 in “consulting fees,” then write them off on his taxes, a New York Times investigation found.

That figure was among about $US26 million in “unexplained ‘consulting fees'” that the president wrote off from 2010 to 2018, The Times reported on Sunday.

The investigation, detailing two decades of Trump’s tax returns, found that he was a far less successful entrepreneur than the image he has tried to sell the American public.

The Times found that Trump paid only $US750 in federal income taxes the year he won the presidency and the same amount his first year in office.

In 10 of the previous 15 years, he paid no income taxes, The Times reported. 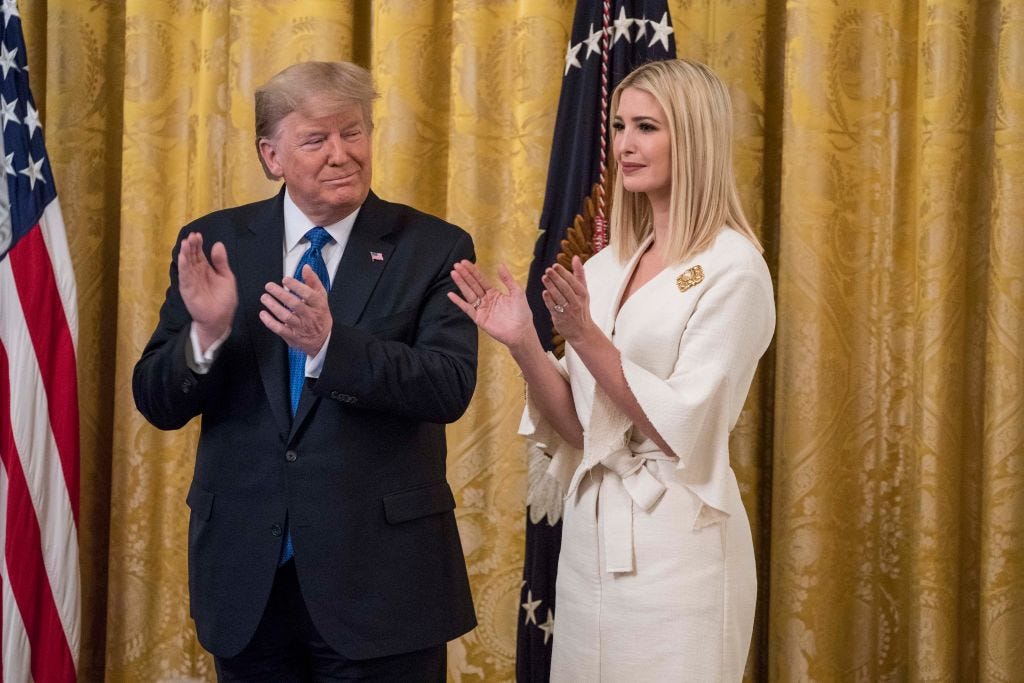 The tax filings The Times reviewed don’t name the consultants. But reporters matched the $US747,622 figure claimed by the Trump Organisation to the number Ivanka Trump reported in a financial disclosure when she joined the White House in 2017.

The Trump Organisation claimed that the payments were related to hotel projects in Vancouver and Hawaii, The Times reported. Ivanka Trump “had been an executive officer of the Trump companies that received profits from and paid the consulting fees for both projects,” meaning she appeared to be treated as a consultant on the same hotel deals she was already responsible for managing, the newspaper said.

Tax law allows employers to deduct consulting fees as a business expense, but IRS rules specify that to do so, the consulting arrangement must be an “ordinary and necessary” part of operating the business.

The Times noted that the IRS has pursued civil penalties against some business owners who sought to avoid taxes by paying high fees to related parties who were not really independent contractors. The newspaper cited a 2011 case in which the IRS denied an Illinois accounting firm $US3 million in consulting-fee deductions because it learned that the partners paid themselves the fees through corporations they created.

A Trump Organisation lawyer did not comment to The Times on the consulting-fee arrangement.

The lawyer also told The Times that “most, if not all, of the facts” in its investigative report “appear to be inaccurate.” 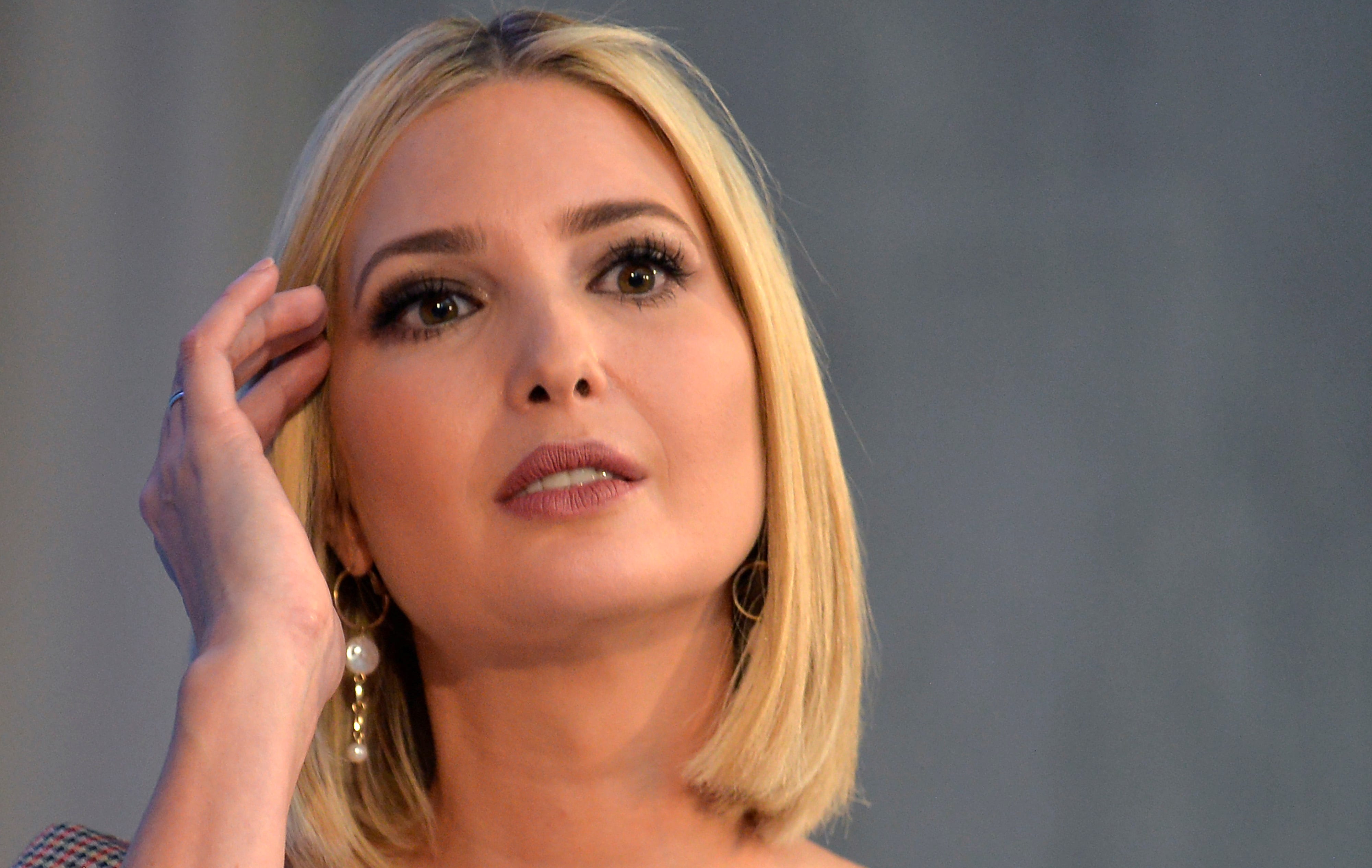 ReutersIvanka Trump was an executive at the Trump Organisation when she received consulting fees.

If the IRS digs in, Trump will have to prove that Ivanka’s company did the work and that the fees were reasonable, an expert says

It is not totally uncommon for companies to hire related parties to do consulting work, Michael Dambra, an associate professor of accounting and law at the University at Buffalo School of Management, told Insider.

“I would say for family companies it’s a typical tax-avoidance strategy,” Dambra said. “I wouldn’t say there is anything unusual. What the Trump Organisation would have to prove is that these consulting fees served a valid business purpose and that the prices were reasonable.”

Dambra’s biography page says that his research “examines the economic impact of regulatory changes” and that his findings have been cited in Securities and Exchange Commission regulations, SEC commissioner speeches, congressional depositions, and policy papers from the US Treasury Department.

If the Trump Organisation were a publicly traded company, there would be mandatory disclosures related to business done by related parties â€” but since it’s a private company, there is information related to the dealings that’s not available, Dambra said.

Dambra said that if the IRS were to challenge the deductions â€” “and we know that there are audits going on,” he said â€” the agency would want evidence that the consulting work was actually done and that it was necessary.

Dambra said he thought it was “a little unusual” for an executive of a company to be paid consultant fees.

“It’s possible that Ivanka Trump has a fantastic consulting business and so they were the best company for the job,” he said, “but it would be pointed out as unusual and something the IRS would certainly investigate.”

As for The Times’ investigation as a whole, Dambra said he always finds it interesting the disconnect between what Trump claims his net worth is and “what shows up in the numbers.”

Dambra pointed to a 2019 Buffalo News report that said Trump inflated his net worth by $US4 billion when he bid to buy the Buffalo Bills football team years earlier.

Ultimately, he said, in order to know whether the consultant-fee deductions related to the payments to Ivanka Trump were valid, more needs to be disclosed.

“I would say in defence to Trump here, there’s nothing unreasonable about trying to minimise your taxes. We all do some form of that,” he said. “The question at hand is whether this is defensible, and that’s what we don’t have information on.”