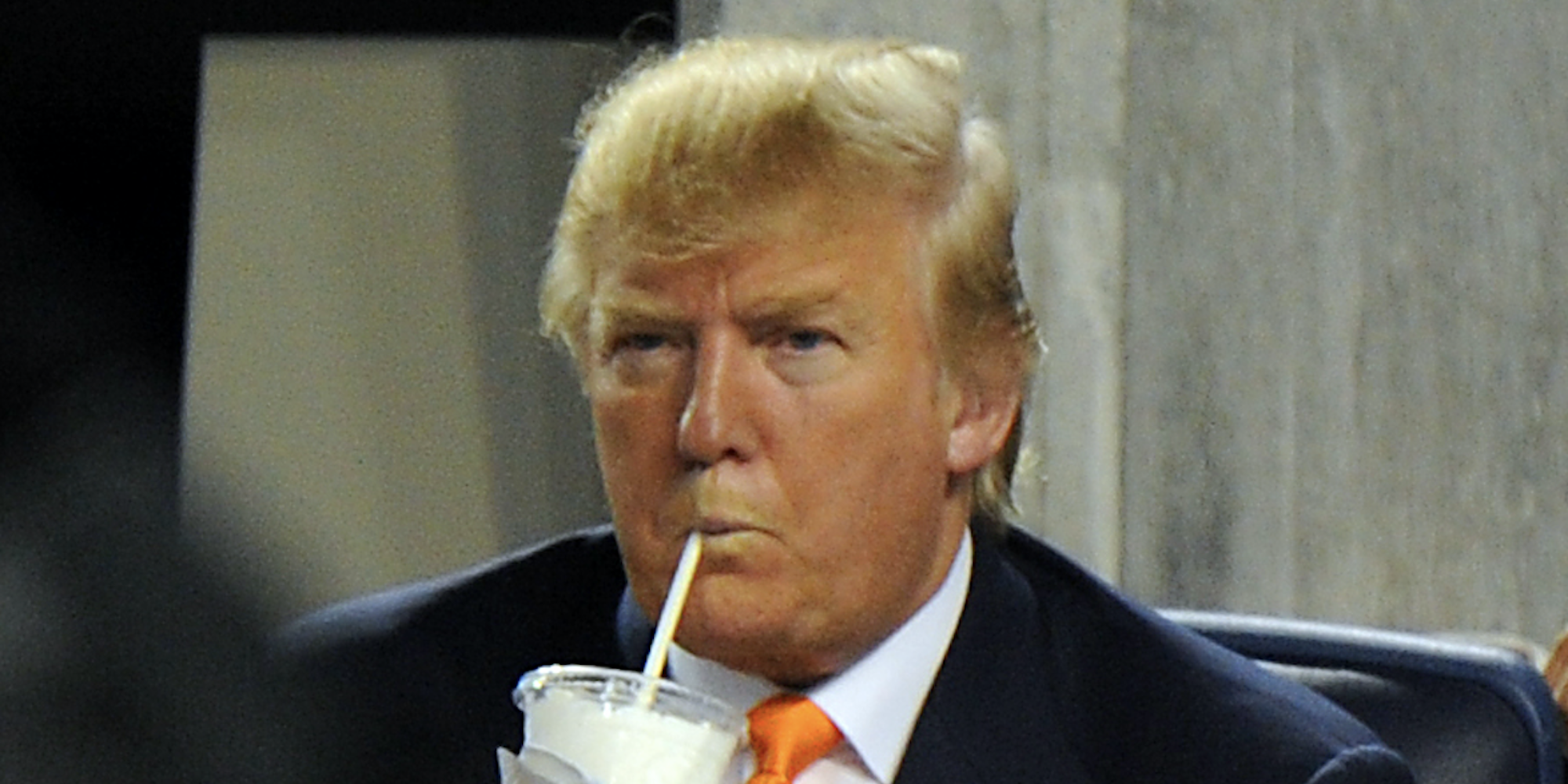 Robert Sabo/Getty ImagesDonald Trump drinks a milkshake during a New York Yankees game against the Oakland Athletics on August 30, 2010, at Yankee Stadium in the Bronx, New York.

President Donald Trump interrupted a classified briefing early in his presidency to ask top intelligence officials if they would like a milkshake, according to a new report from Politico.

“Does anyone want a malt?” Trump reportedly said, calling a waiter into the room. “We have the best malts, you have to try them.”

The highly classified briefing, which focused on Afghanistan, took place at Trump’s New Jersey golf club several months into his presidency, according to Politico.

Trump has garnered a reputation as a president who has no patience for intelligence briefings. He reportedly doesn’t read the written intelligence reports he’s given daily, preferring to look at visuals.

The president faced criticism over the summer after The New York Times reported that US intelligence officials concluded Russia offered bounties to Taliban-linked Afghan militants to kill US troops and that the Trump administration didn’t act in response. The White House initially said Trump was never briefed on the intelligence, though multiple reports suggested otherwise.

In an interview with Axios in July, Trump said he had not confronted Russian President Vladimir Putin over the intelligence assessment in several phone conversations.

Some have pointed to the president’s apparent uninterest in intelligence as a factor in his response to the coronavirus pandemic. Intelligence officials repeatedly warned Trump of the threat of COVID-19 early in 2020, but he ignored them and downplayed the virus to the US public.

Bolton added that Trump “didn’t want to hear that this disease could be so threatening that it could impair the US economy significantly and therefore his ticket to reelection.”