A top White House official claimed, without evidence, that China sent sick people to other countries to 'seed' COVID-19 around the world 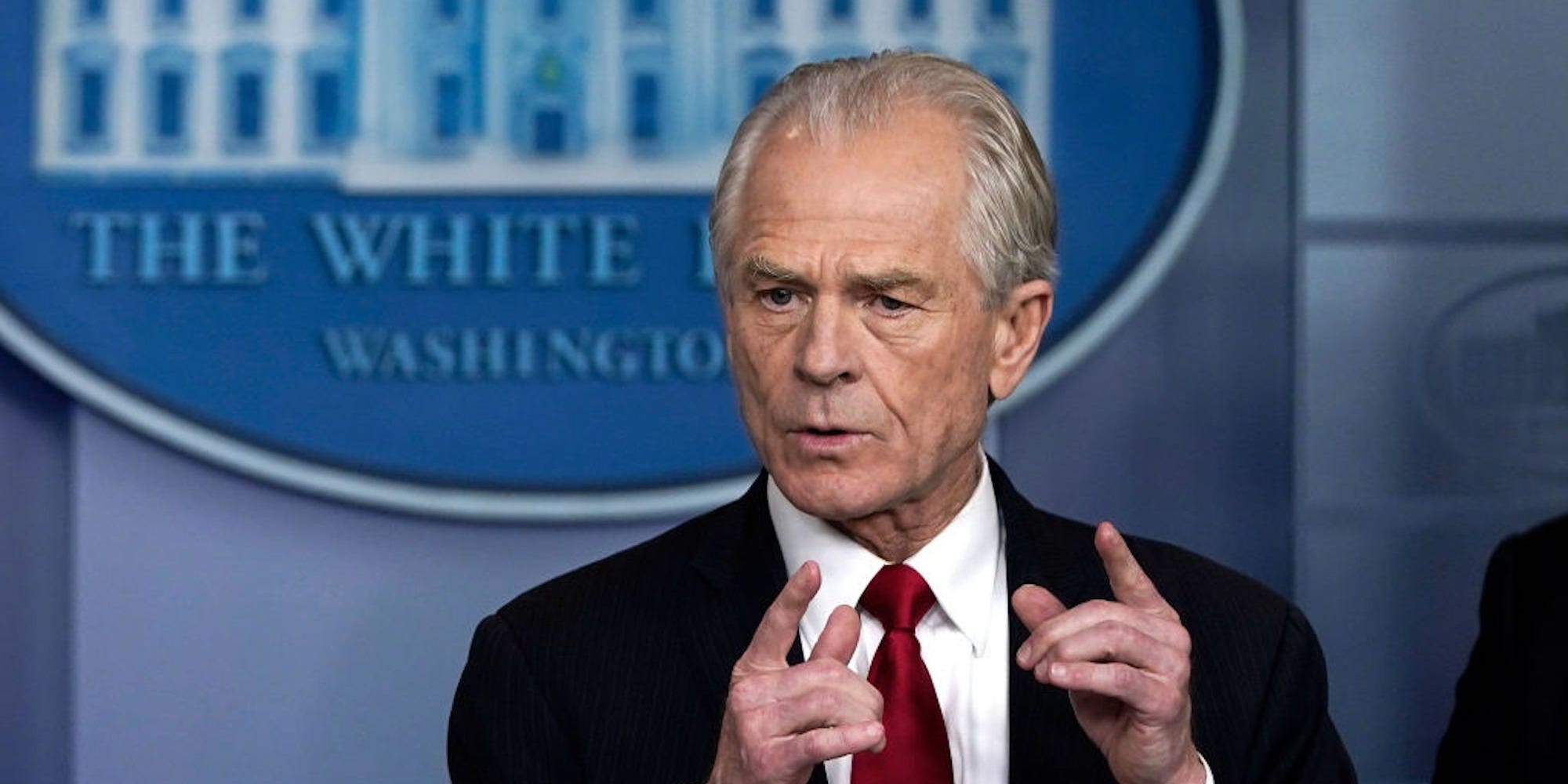 Navarro made the accusation in an interview with ABC News on Sunday. He offered to evidence to substantiate the claim.

In recent weeks the Trump administration has stepped up its attacks on China over its response to the virus.

In the ABC exchange, Navarro at first claimed not to be accusing China of deliberately spreading the virus.

However, he then offered an account of how he believed China had spread the illness.

“Yes, I do blame the Chinese,” White House adviser Peter Navarro says on economic challenges in U.S. due to COVID-19, claiming that China “behind the shield of the World Health Organization — for two months— hid the virus from the world.” https://t.co/vTqcX6SuVX pic.twitter.com/6wtvIDI84i

“I did not say they deliberately did it, but their China virus – let’s go over the facts here, correct me if I’m wrong – the virus was spawned in Wuhan Province, patient zero was in November,” said Navarro.

“The Chinese, behind the shield of the World Health Organisation for two months, hid the virus from the world, and then sent hundreds of thousands of Chinese on aircraft to Milan, New York and around the world to seed that.”

There is evidence suggesting that China concealed information from the WHO about the virus. However, there has been no proof that China deliberately allowed people with the virus to travel abroad to encourage it to spread.

Navarro continued: “They could have kept it in Wuhan, instead, it became a pandemic. So that’s why I say the Chinese did that to Americans and they are responsible now.”

Navarro’s claim echoed on by President Donald Trump, in a May 3 Fox News town hall event.

The site factcheck.org has investigated Trump’s claim, and found that the theory was first touted in a column by British historian Niall Ferguson in the Times of London on April 5.

Ferguson questioned why China had allowed international flights to continue leaving from Wuhan, the source of the outbreak, after January 23, when it imposed tough restrictions on internal travel from the city.

However, the claim that China blocked domestic but not international flights has been rebutted.

Ian Petchenik, the director of communications for Flightradar24, a global flight tracking service from which Ferguson said he sourced his data, told factcheck.org that Ferguson’s claim was wrong.

“There were no more normal, commercial flights” from Wuhan after Jan. 23. “They did stop people from going to the US and to the rest of the world,” he said.