Robert Kadlec, the Trump administration's top official for addressing biological threats, awarded a $2 billion contract to a company he used to advise 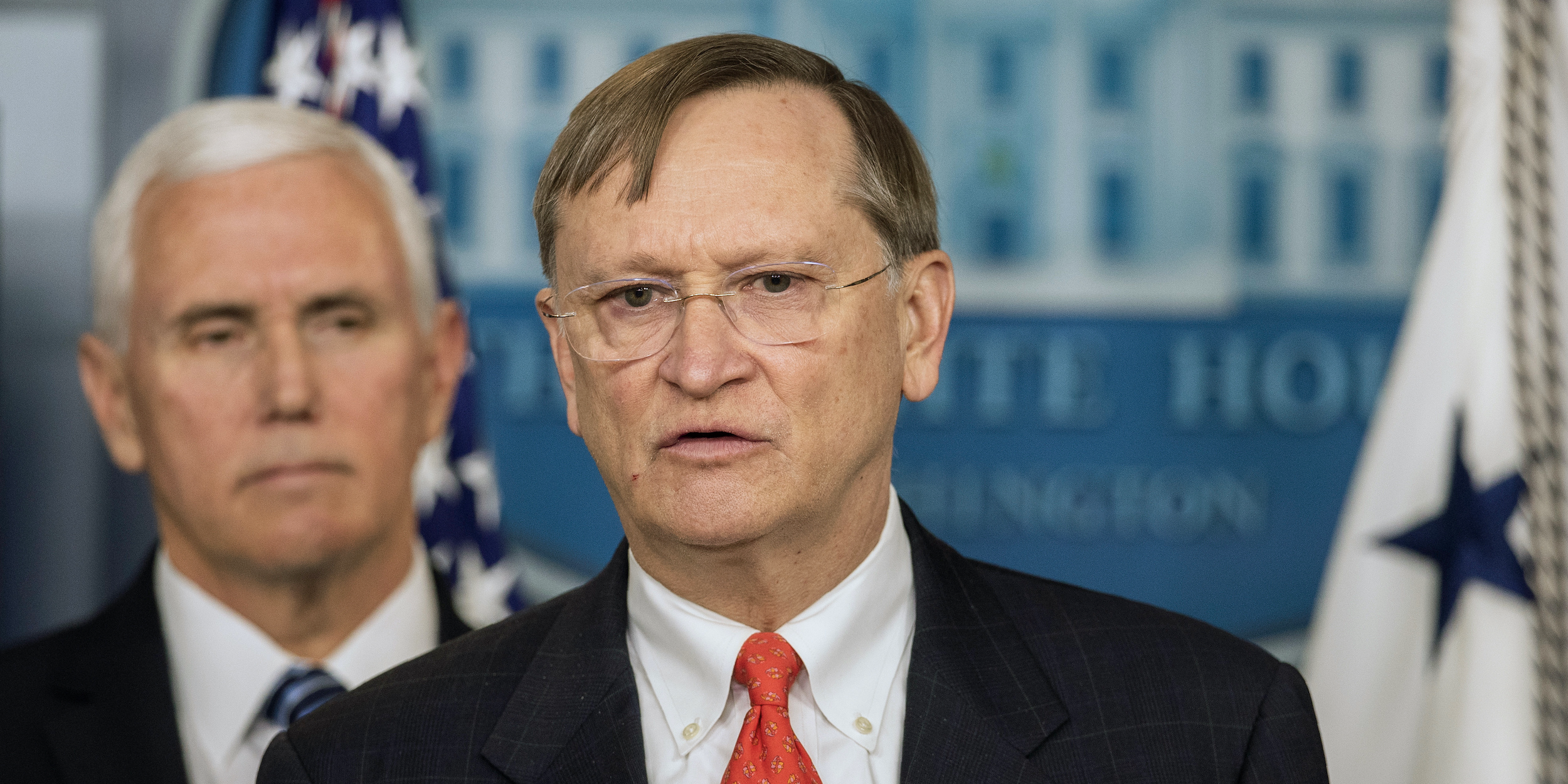 AP Photo/Manuel Balce CenetaAssistant Secretary for Preparedness and Response at the Department of Health & Human Services Robert Kadlec, with Vice President Mike Pence, speaks to reporters during a coronavirus briefing in the Brady press briefing room of the White House, Friday, March 6, 2020, in Washington.

Robert Kadlec is the Trump administration official in charge of preparing for a biological disaster. Before that, however, he was a “strategic adviser” for a company called Emergent BioSolutions Inc., a fact he neglected to disclose before his office awarded the company a contract worth over $US2 billion, according to a new report.

In a report on Monday, The Washington Post revealed that Kadlec, the assistant secretary for preparedness and response at the US Department of Health and Human Services, failed to inform Congress of his relationship with Emergent – and its founder, Fuad El-Hibri, with whom he helped launch a biodefense startup East West Protection.

In 2019, reflecting concern that the greatest biological threat was a foreign government weaponizing an existing virus, Kadlec’s office “made a deal to buy up to $US2.8 billion of the [smallpox] vaccine from a company that once paid Kadlec as a consultant,” The Post reported, “a connection he did not disclose on a Senate questionnaire when he was nominated.”

Kadlec’s long-term focus has been on preparing for bioterrorism. And when he assumed his position in the Trump administration he turned towards beefing up biodefense, while “cutting planned spending on emerging infectious diseases, despite warnings from scientists that a natural contagion could also be devastating,” The Post reported.

His office also cancelled an Obama-era deal, worth $US35 million, that could have enabled the government to manufacture an additional 1.5 million N95 masks per day, The Post noted.

As Business Insider noted, Kadlec misstated the number of N95 masks in the government stockpile while testifying before the Senate on Monday, claiming that the number is currently 35 million. In fact, the number is closer to 12 million – a product, in part, of Kadlec and the Trump administration’s fear that bioterrorism was a greater threat than a pandemic.

“There was definitely a shift in thinking and to some extent, a shift in priorities,” one person, described as a “former official,” told the Post. “More focus on biologic attacks, intentional attacks, terrorist attacks, and definitely away from natural disease outbreaks.”

Neither Emergent nor the Department of Health immediately responded to requests for comment. But in a statement to The Post, Kadlec insisted there was no wrongdoing.

“My standing guidance for this contract, and all contracts, is to get the best value and most protection for the American people,” he said.

“We also have seen the better coordination, communication, and streamlined decision making that we had hoped for,” DeLorenzo commented.