President Donald Trump’s most dovish advisers appear to have won out in the fight for the president’s ear that has raged in recent weeks over rising tensions in Iran, after he offered an olive branch to Tehran by proposing nuclear negotiations between the two states.

In an interview with NBC News’ Chuck Todd on Sunday, Trump addressed Iran’s supreme leader Ayatollah Khamenei directly, offering to take part in nuclear negotiations “with no preconditions,” but threatening “obliteration like you’ve never seen before” if the two states end up at war.

WATCH: President Trump tells Chuck Todd that he wants to talk with Iran with “no pre-conditions.” #MTP #IfItsSunday pic.twitter.com/rahOnNk4I6

“But you can’t have a nuclear weapon. You want to talk? Good. Otherwise you can have a bad economy for the next three years” said the president.

Trump’s remarks came after the president ordered, then abruptly cancelled, airstrikes against Iranian military targets in response to the Iranians downing a US drone.

Trump’s remarks Sunday indicate that it is the doves who, for the time being at least, have won out.

“If it was up to him he’d take on the whole world at one time, ok?” Trump told NBC when discussing Bolton.

Bolton, however, hit back on Sunday by saying that the possibility of military strikes against Iran in the future remains open, adding that “neither Iran nor any other hostile actor should mistake US prudence and discretion for weakness.”


Read more:
Trump’s closest advisers are pushing him to go to war with Iran, but the president is so far resisting

After When asked by Todd if there would be preconditions, the president replied “not as far as I’m concerned. No pre-conditions.”

“Is it one-on-one talks, you and the Ayatollah, or you and the President?” asked Todd earlier.

A longstanding critic of the nuclear deal brokered between the Obama administration and Iran in 2015, Trump pulled the US out of the treaty in May 2018. His claim that Iran had violated the terms of the treaty was not by backed by US intelligence agencies or by the US’ European allies.

During Sunday’s interview he reiterated the claims, remarking: “I think they have violated the agreement because I think in the areas that we’re not allowed to inspect they’re doing things. And I think they have been for years.”

He further claimed that Obama’s deal was a failure because it some nuclear restrictions would be lifted in 10 to 15 years, and there were no limits placed on the production of ballistic missiles.

They said Iran had adhered to the agreed uranium stockpile limit agreed to in the deal in exchange for economic sanctions being lifted.

Trump may be reusing his ‘maximum pressure’ diplomatic strategy

While Trump’s more dovish advisers appear to have won the battle for influence with the president, it may simply be that Trump is reusing his tried-and-tested “maximum pressure” strategy on Iran.

Experts have told Business Insider there are close parallels between the president’s actions towards Iran and the strategy he employed with North Korea, where after initally threatening the rogue state with “fire and fury” – he switched gear and took part in a series of high profile summits with its leader, Kim Jong Un.

The Trump administration’s has in recent months increased pressure on Iran with punishing economic sanctions, but Iran’s leaders are so far refusing to take part in fresh negotiations. Last week, Iran announced that it would break the uranium stockpile limits set by the 2015 deal.

Iran has also been accused of attacks on oil tankers, and on the US embassy in Baghdad – and last week downed a US drone it claimed was in their airspace, an accusation denied by Washington DC. 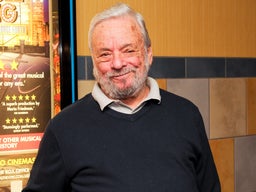 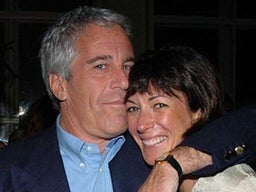 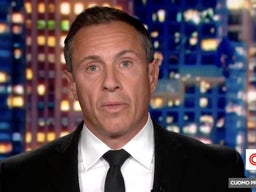