Trump disavows 'political violence' at 'the incursion of the US Capitol' in new video released by White House, but does not concede 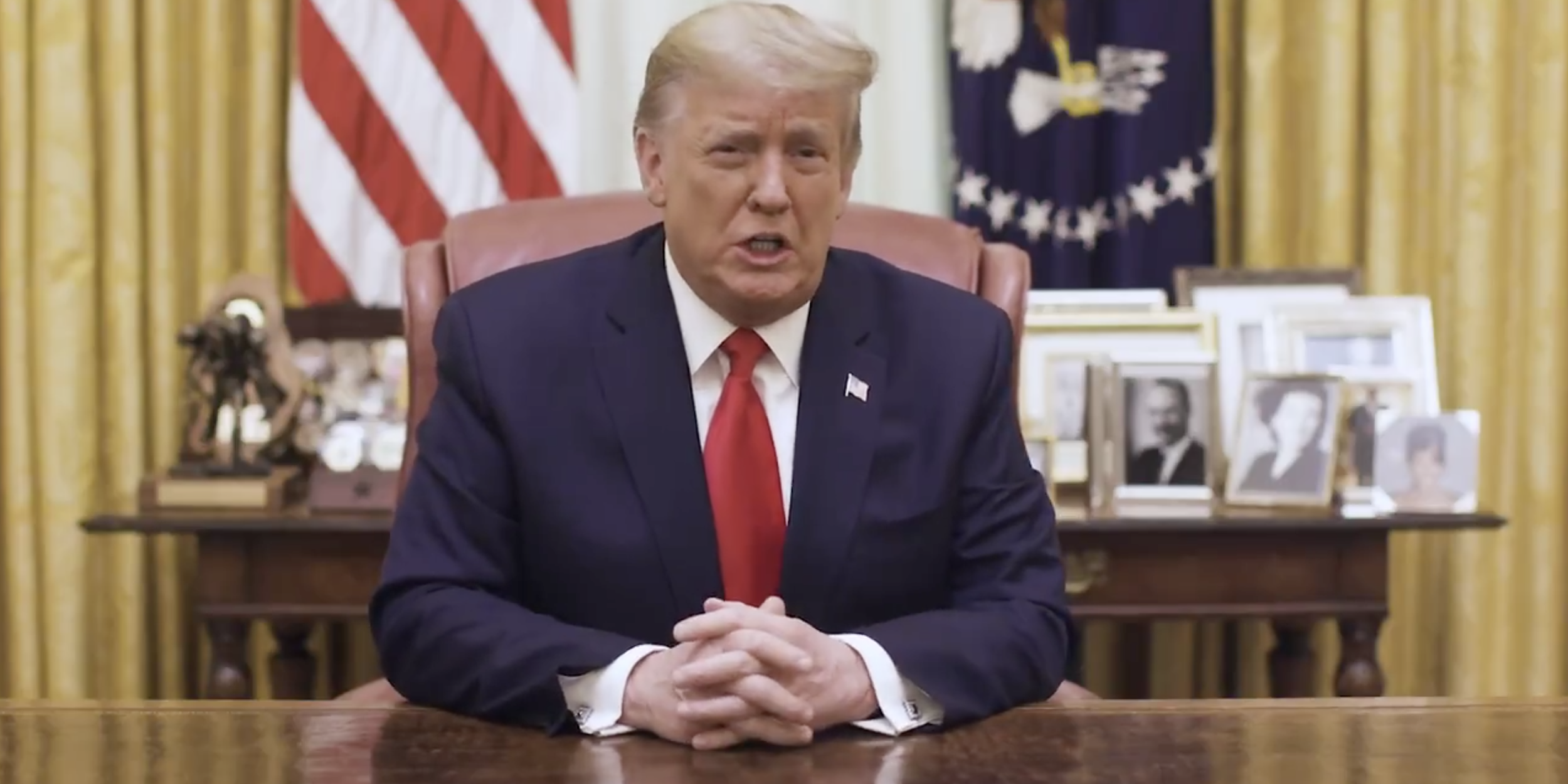 Less than two hours after being impeached for the second time, President Donald Trump appeared in another video addressing the deadly attempted coup on Capitol Hill.

Trump, whose first video address last week on January 6 referred to the rioters as “very special,” used more stern language this time around.

“I unequivocally condemn the violence that we saw last week,” Trump said. “Violence and vandalism have absolutely no place in our country and our movement.”

The president referred to the insurrection as “the incursion on the US Capitol,” and used the term “political violence” in his latest remarks.

Trump did not concede in the video, nor did he admit there was no widespread fraud in the 2020 election. The president only went so far as to say he will work to “ensure that a transition can occur safely and without incident” as around 21,000 National Guard troops secure the nation’s capital, more than the US military has deployed in Iraq and Afghanistan combined.

He also did not acknowledge his second impeachment, which was the most bipartisan in US history.

Following his attempt at damage control, Trump spent the second half of the video airing his grievances over how social media and tech companies have been treating him.

“I also want to say a few words about the unprecedented assault on free speech we have seen in recent days,” Trump said.

The president also decried “the efforts to censor, cancel, and blacklist our fellow citizens” despite private companies not bearing the same constitutional responsibilities as the government under the 1st Amendment.