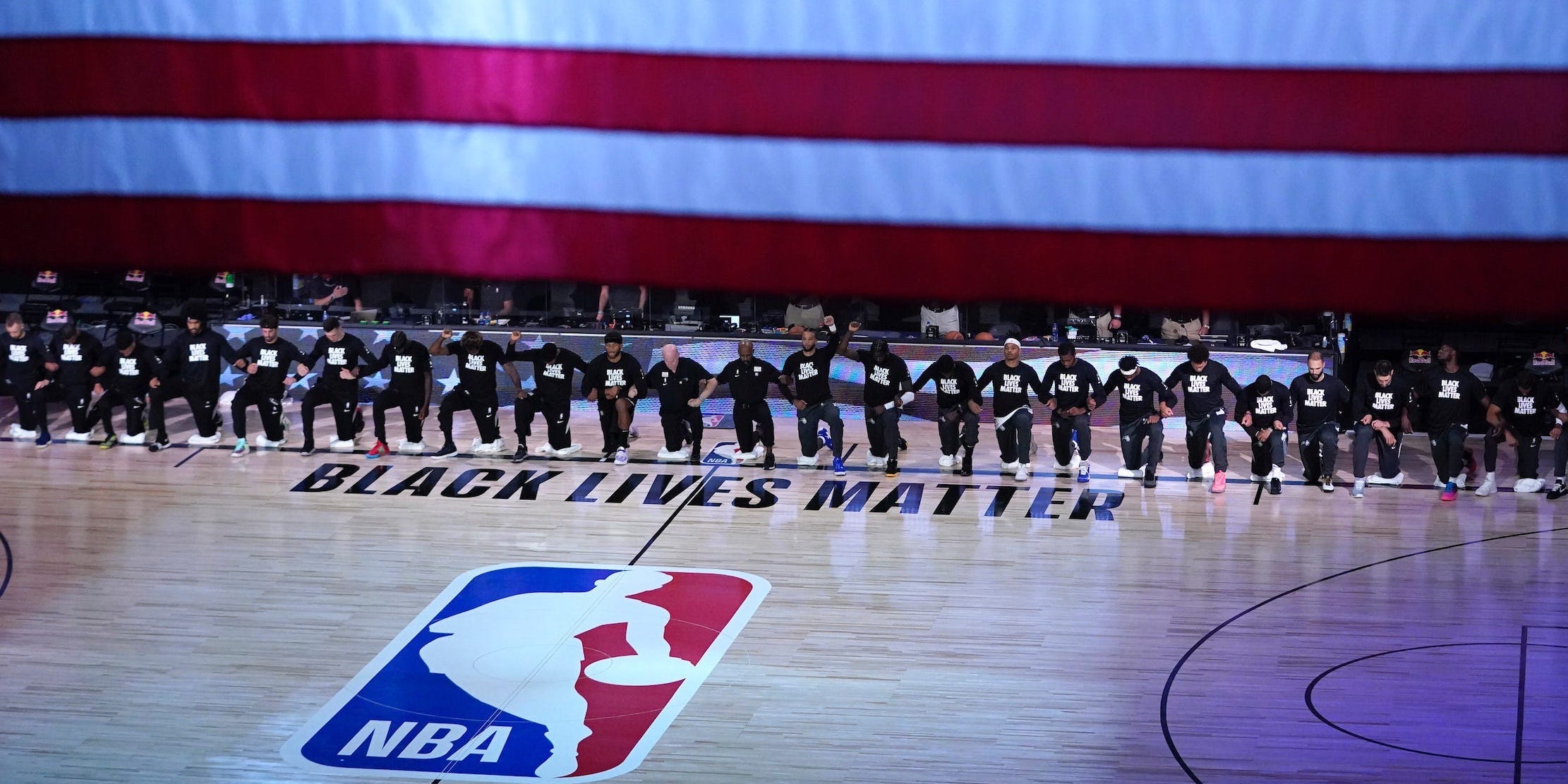 On Wednesday, NBA playoff games were postponed as players from the Milwaukee Bucks, Houston Rockets, Oklahoma City Thunder, Los Angeles Lakers, and Portland Trail Blazers chose not to play in response to the police shooting of Jacob Blake in Kenosha, Wisconsin.

The NBA announced that playoffs would resume on Saturday, August 29, but the league will continue efforts to help shine a light on things like racial injustice, criminal just reform, police reform, and limited voting access.

When asked on Friday about actions the league and players in the wake of Jacob Blake’s shooting by police, Trump said the political statements will “destroy basketball.”

“It’s terrible,” Trump said, according to a White House press pool report. “I think what they’re doing to the NBA in particular is going to destroy basketball. I can’t – I don’t even watch it…. You know when you watch sports, you want to sort of relax, but this is a whole different world. … You don’t want to stay in politics. You want to relax.”

It’s not just the NBA taking a stance. On Thursday, it was reported that several NFL teams sat out of practice in response to the shooting, which Trump also called “very bad.”

As for the NBA, some teams have already announced that their arenas will be used for voting in November. Business Insider’s Grace Panetta previously reported that the league would “establish a social justice coalition” and broadcast ads during games that will promote voting in both national and local elections and spread awareness about the importance of improving voting access.