Trump moped alone in 'self-pity mode' at the White House residence as he was impeached for the 2nd time, reports say

President Donald Trump cloistered himself in the White House in “self-pity mode” as the House impeached him for the second time,CNN and The Washington Post reported.

On Wednesday, the House impeached Trump on a charge of inciting an insurrection. His supporters stormed the US Capitol and destroyed federal property in a riot on January 6 that left five people dead.

The House impeached the president in December 2019, but the Republican-controlled Senate acquitted him last February. He appears more likely to be convicted by the Senate this time, as several Republican senators have turned on him in recent weeks.

As the House impeached him on Wednesday, the president cut a sad figure, White House staffers told news outlets.

“He’s been holed up in the residence, that’s never a good thing,” a person close to the White House told CNN.

“He’s by himself, not a lot of people to bounce ideas off of, whenever that happens he goes to his worst instincts.” 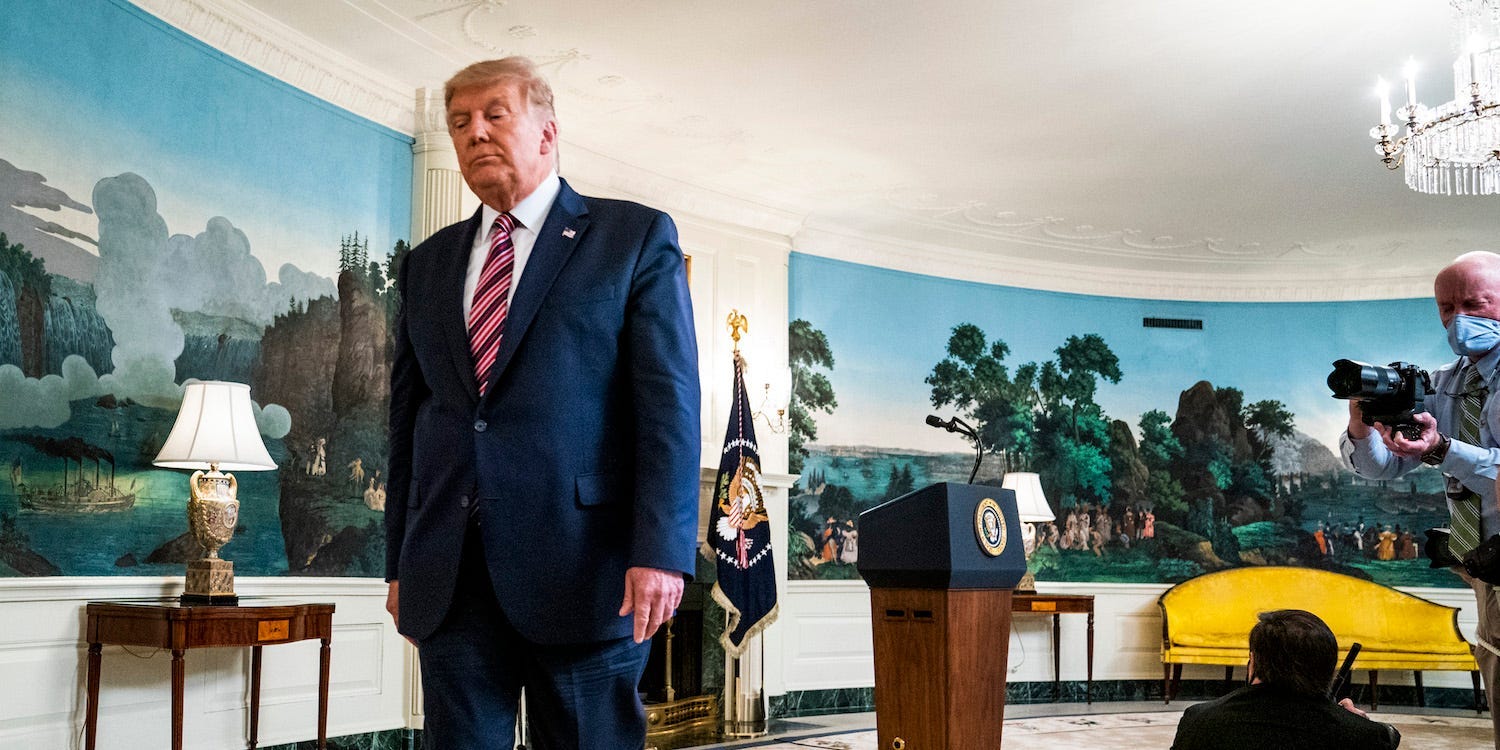 Doug Mills-Pool/Getty ImagesTrump in the White House on September 9.

“He’s in self-pity mode,” a White House advisor told CNN, adding that “everybody’s angry at everyone” at the White House.


Read more:
‘It was degrading’: Black Capitol custodial staff talk about what it felt like to clean up the mess left by violent pro-Trump white supremacists

One reason for Trump’s melancholy was his frustration with aides and advisors for not sticking with him in his time of need, The Post reported.

Several top US officials have quit in response to the Capitol riot, including Betsy DeVos, the education secretary; Matthew Pottinger, a deputy national security advisor; and Stephanie Grisham, the first lady’s chief of staff.

Trump being upset with his staff is nothing new.

Since losing the election, the president has been angry with aides, officials, and advisors who he believed did not back him up enough when he made baseless claims of voter fraud.

According to multiple reports, Trump has singled out Vice President Mike Pence, accusing him of lacking loyalty.

During the impeachment vote on Wednesday, Trump was also upset with Rudy Giuliani, his personal attorney, The Post reported. 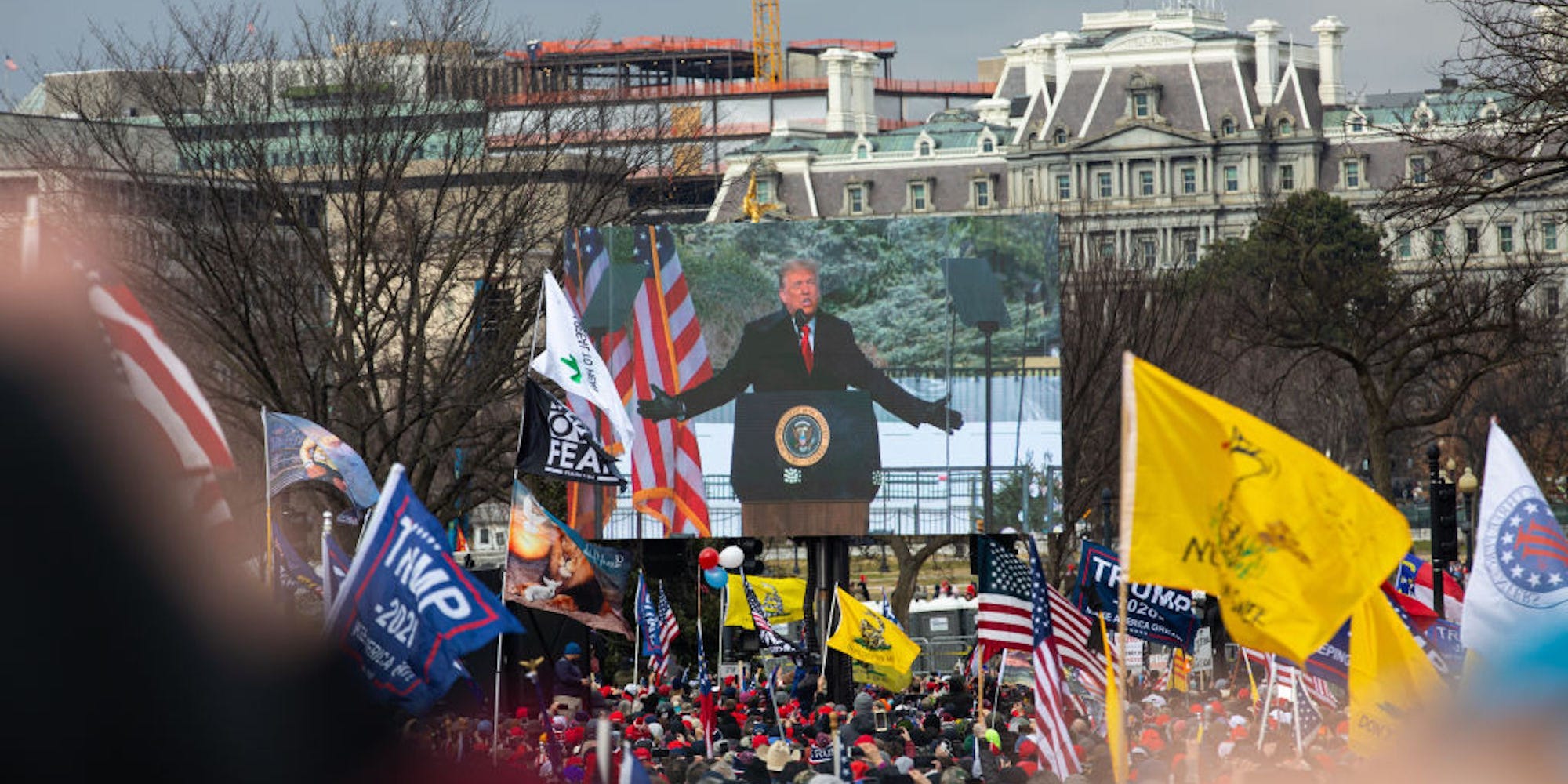 Getty ImagesTrump addresses supporters in Washington, DC, on January 6, shortly before a mob of them attacked the US Capitol.

Trump recently told aides not to pay Giuliani his legal fees and said he would need to personally approve any travel expenses Giuliani claimed for his work contesting the US election result.

Trump’s listlessness on Wednesday was welcomed by administration officials, who have said they have no fight left in them,The Daily Beast reported.

“Today was a quiet day,” a senior White House official told the outlet, adding that “that is what everyone wants.”

The official added, “If we can keep things quiet and event-free between now and the Biden [inauguration] that’s a victory.”

“Now that Twitter isn’t available,” a White House source told CNN, “God only knows what the outlet will be.”