Trump escalated his friction with the military, saying its leaders 'want to do nothing but fight wars' so weapon makers can be 'happy'

ReutersPresident Donald Trump addressing US troops in Afghanistan in November 2019.

President Donald Trump has escalated his tensions with the US military, accusing the Pentagon of seeking war to appease defence contractors.

Trump made the comments during a White House press conference on Monday, where he repeated his denial of claims first reported in The Atlantic that he’d privately disparaged Americans who died in World War I.

“I’m not saying the military’s in love with me,” he said. “The soldiers are.”

He continued: “The top people in the Pentagon probably aren’t because they want to do nothing but fight wars so all of those wonderful companies that make the bombs and make the planes and make everything else stay happy.”

After describing the US military campaign against the Islamic State, he added: “Some people don’t like to come home â€” some people like to continue to spend money. One cold-hearted globalist betrayal after another, and that’s what it was.” 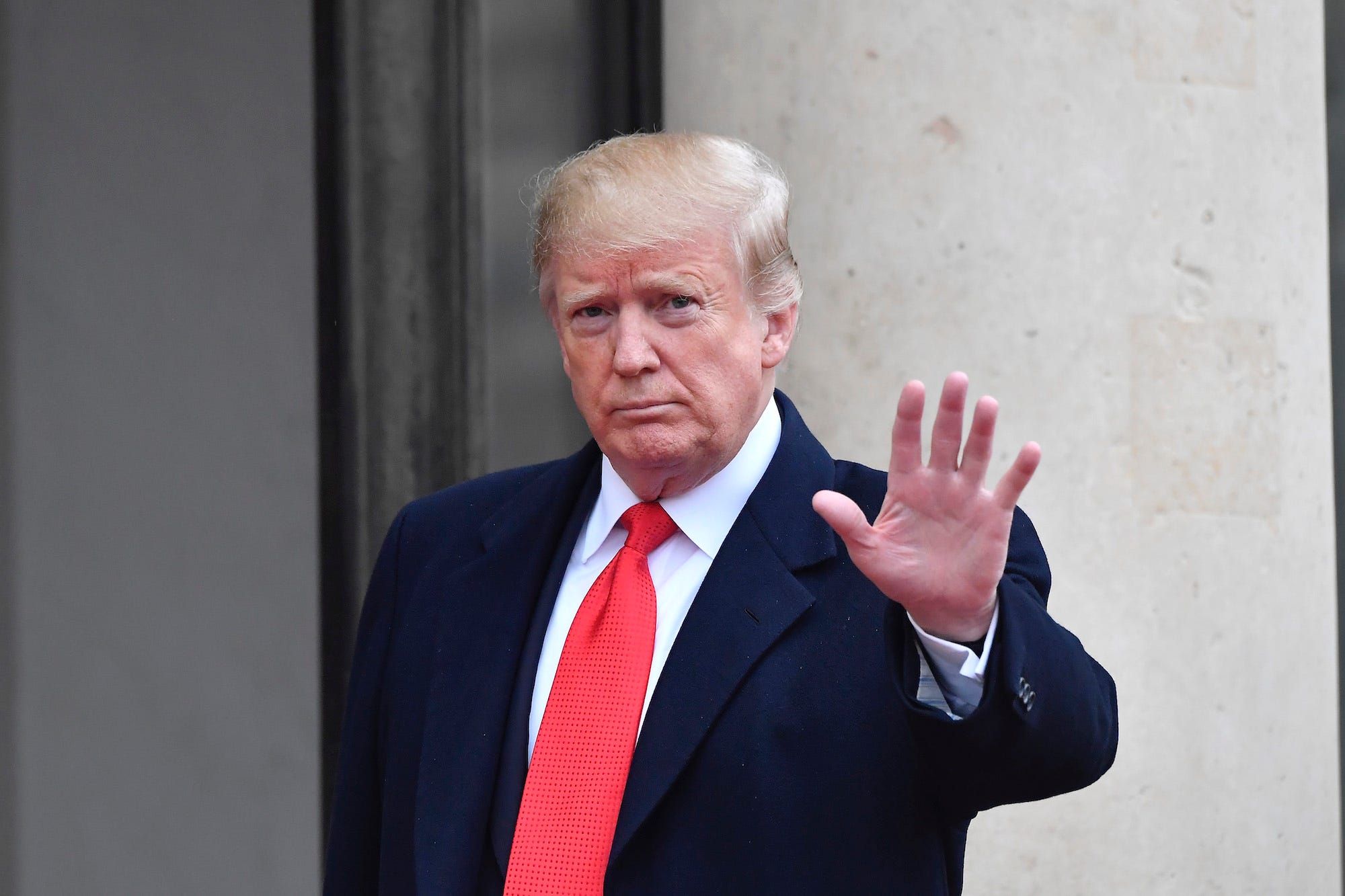 Aurelien Meunier/Getty ImagesTrump arriving for the lunch at Elysée Palace in Paris on November 11, 2018.

Thursday’s explosive report in The Atlantic quoted unnamed officials who said Trump cancelled a 2018 visit to a Paris cemetery because he did not believe it was important to go and pay respects to the Americans there who died in World War I. The White House publicly blamed bad weather at the time.

The Atlantic reported that Trump privately said the cemetery was “filled with losers” and said on the same trip that the US Marines who lost their lives in the war were “suckers.”

The outlet also said he called Sen. John McCain â€” a Republican Navy veteran who spent more than five years as a prisoner of war in Vietnam â€” a “f—ing loser” after McCain’s death in 2018. 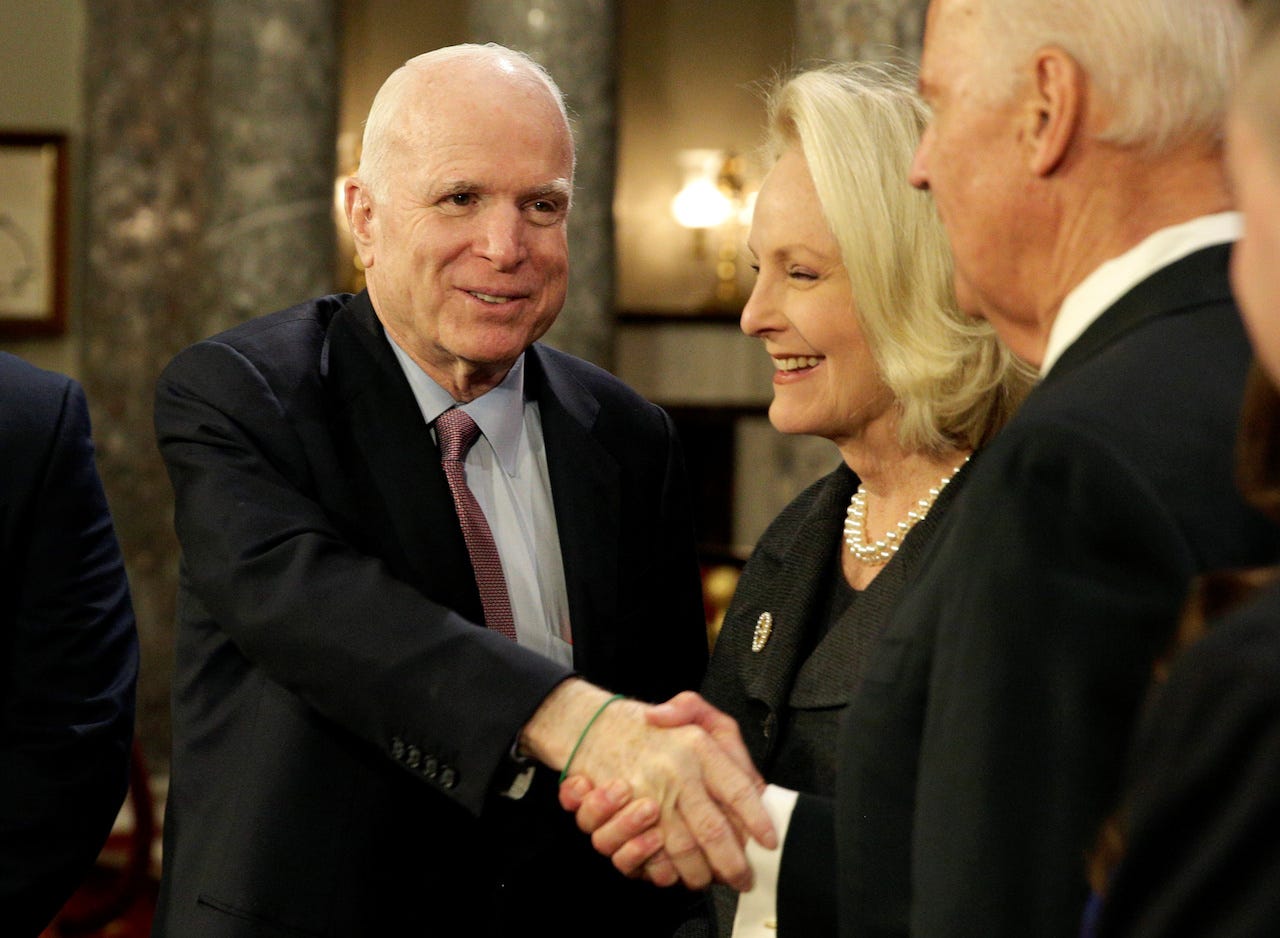 Trump and the White House have repeatedly denied the story even as details from it have been corroborated by other news outlets.

Trump also denied ever calling McCain a “loser,” though he has done so publicly and tweeted about it in 2015.

On Monday, NBC News cited multiple senior administration officials as saying Trump was unhappy with Defence Secretary Mark Esper and had talked to Robert Wilkie, the secretary of veterans affairs, about taking over Esper’s role. Trump and Esper have publicly clashed in the past, with Trump said to have considered firing Esper in June after Esper publicly disagreed with Trump’s desire to deploy troops to end protests against police brutality.

After the Atlantic article was published, Trump on Friday reversed the administration’s plans to cut funding to Stars and Stripes, the US military’s editorially independent newspaper that was first published during the Civil War. Wilkie has defended Trump against the allegations made in The Atlantic, telling CNN that he did not believe the report and that Trump calling McCain a loser was just “politics.”