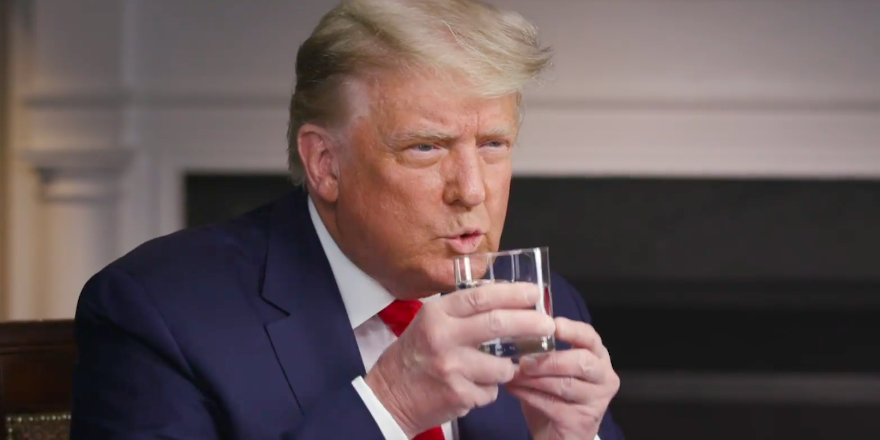 President Donald Trump’s Mar-a-Lago golf club in Florida once charged taxpayers $US3 for a glass of water, The Washington Post reported.

The water was billed as part of a “bilateral meeting” when Trump hosted Japanese Prime Minister Shinzo Abe at the resort in April 2018. In all, when the two men met, The Post reported that Mar-a-Lago charged the US government $US13,700 for rooms, $US16,500 for food and wine, and $US6,000 for floral arrangements.

The Post’s report about the meeting is the latest example of how Trump’s properties have made millions off the US government since he took office in 2017. To date, according to The Post, the president’s businesses have made $US8.1 million off the taxpayers and Trump’s supporters since then.

Legal and ethics experts have long sounded the alarm about Trump’s personal interests being entwined with his presidency, and he has been sued multiple times after being accused of violating the Constitution’s emoluments clause, which bars public officials from receiving gifts or cash from foreign governments without congressional approval.

In May, the 4th Circuit Court of Appeals in Richmond, Virginia, cleared the way for an emoluments lawsuit that the Maryland and Washington, DC, attorneys general filed against Trump to move forward.

Trump’s personal defence lawyer Jay Sekulow told Politico that the president’s legal team would take the case to the Supreme Court, adding, “We disagree with the decision of the Fourth Circuit. This case is another example of presidential harassment.”

The Court of Appeals for the District of Columbia Circuit dismissed a lawsuit in which congressional Democrats accused Trump of violating the emoluments clause. And in September 2019, a three-judge panel on the 2nd Circuit Court of Appeals in New York resurrected a 2017 lawsuit alleging that Trump violated the provision through his Washington, DC, hotel and other properties.

The president, for his part, has brushed off the allegations,saying to reporters last year in October, “You people with this phony emoluments clause.”