Trump says mail-in voting will be a 'nightmare' and 'you'll never know who the winner is, but the winner is going to be me' 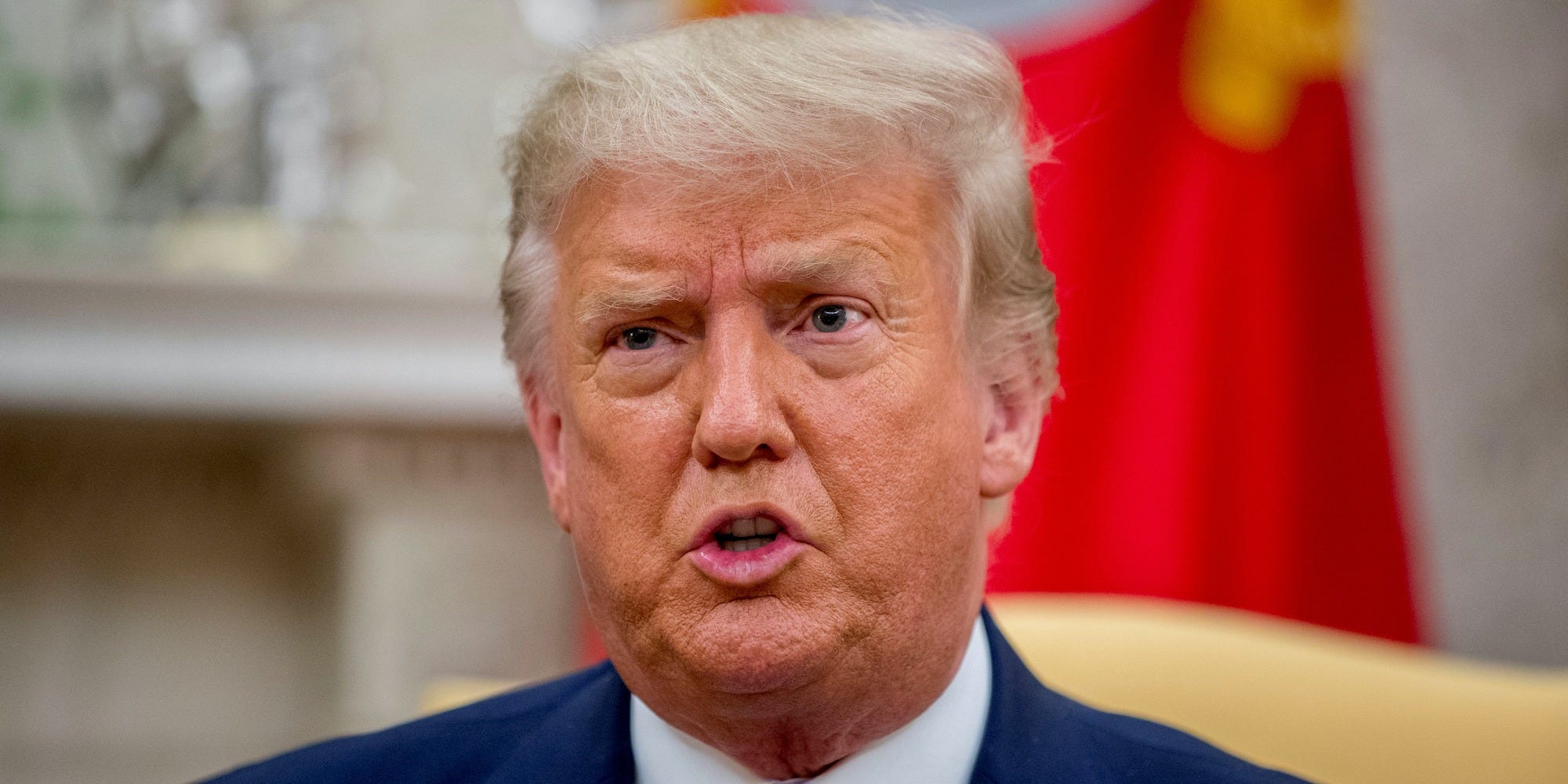 Andrew Harnik/ReutersPresident Donald Trump speaks during a meeting with Arizona Gov. Doug Ducey in the Oval Office of the White House in Washington, Wednesday, Aug. 5, 2020.

President Donald Trump has made so many misleading claims on mail-in voting that he now appears to be confusing himself.

Trump on Wednesday described mail-in voting as a “nightmare” before going on to suggest (without evidence) that it would lead to widespread fraud, making it difficult to declare who won, before adding he would still be the winner.

“You’ll never know who the winner is, but the winner is going to be me,” Trump said during a meeting with Arizona’s governor.

President Trump slams mail-in voting as a "nightmare": "You'll never know who the winner is, but the winner's going to be me." pic.twitter.com/S7EFQ6w4A3

Voter fraud is extremely rare in the US, and there’s really no evidence to back-up Trump’s unsubstantiated assertions about mail-in voting.

Democrats have advocated for expanding access to mail-in voting as a means of mitigating the spread of COVID-19 by avoiding large crowds of voters congregating at polling places. Public health experts have strongly approved of these efforts.

Trump has repeatedly cited recent problems with mail-in voting in New York as purported evidence that it’s a form of voting that opens the door for fraud.

While New York City has faced significant logistical problems after a massive number of mail-in ballots were distributed for the city’s June 23 primary, there’s no evidence that the integrity of the primary was impacted because of this. The recent issues in New York have largely been linked to the city’s Board of Elections being understaffed amid the pandemic.

In other words, Trump’s claims regarding mail-in voting – in New York and beyond – are unfounded.

The president on Wednesday also once again painted a false distinction between mail-in and absentee voting, which are virtually identical in terms of process and security measures.

“Absentee voting: Great,” Trump said. “But this mail-in voting where they mail, indiscriminately, millions and millions of ballots to people, you’re never going to know who won the election. You can’t have that.”

Trump has voted by mail in the recent past, and will do so again (by voting absentee) in November.