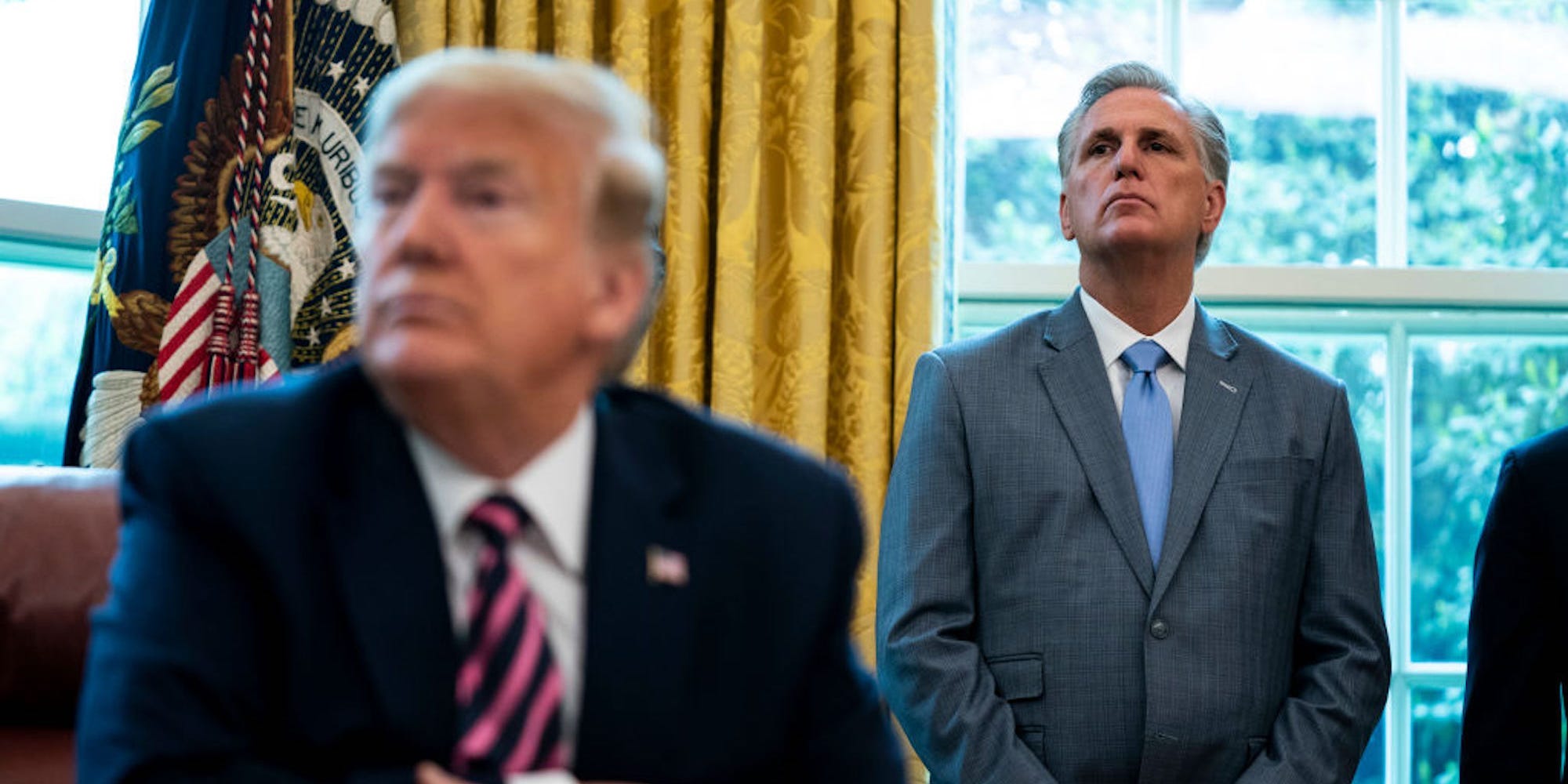 In an interview with Axios published Sunday, McCarthy said he was privately encouraging voting by mail and believed that the party could be “screwed” by the president’s attacks on the integrity of the process.

“We could lose based on that,” McCarthy told the outlet, adding that he had personally addressed the issue with Trump.

“I tried to show him … you know who is most afraid of COVID? Seniors. And if they’re not going to go vote, period, we’re screwed,” McCarthy told Axios.

McCarthy’s comments echo growing concern among some Republicans that Trump’s hostility to mail-in voting could backfire.

Millions more Americans are expected to cast their ballots by post this year out of concern about the coronavirus, and the method is particularly popular among older and rural voters, who tend to support the Republican Party.

The president has claimed, contrary to the assurances of election officials and experts, that the process is exposed to widespread fraud.

He has even encouraged supporters to vote twice (both by mail and in person) to test the integrity of the system â€” a move that would violate election laws.

With the Democratic presidential candidate Joe Biden leading Trump in national polls and, by a narrower margin, in a Fox News survey of swing-state polls, some Republicans believe that a surge in mail-in voting would further benefit Democrats.

But FiveThirtyEight, citing numerous studies, reported in May that there was little evidence that mail-in voting conferred an advantage to either major party.

Some Republican senators have broken with the president over mail-in ballots in recent weeks, with the party’s second-highest-ranking member of the Senate, John Thune of South Dakota, telling reporters in August he didn’t accept that the process was more exposed to fraud or gave an advantage to Democrats.

“It’s always a war too for mail-in ballots. Both sides compete, and it’s always an area where I think our side, at least in my experience, has done pretty well,” Thune said, as quoted by Fox News.

“I think we want to assure people it’s going to work, it’s secure, and if they vote that way, it’s going to count,” he added, according to the network.

Sens. Rob Portman of Ohio, Rick Scott of Florida, and Mitt Romney of Utah have all also expressed support for the integrity of mail-in voting.

The party officials are said to be concerned about polls suggesting more Democratic voters are signing up to vote by mail than Republicans in some swing states.

The president has sought to draw a distinction between absentee voting â€” in which voters request a mail ballot â€” and other mail-in voting in which registered voters are sent one automatically, arguing that absentee ballots are less exposed to fraud.

The Brookings Institution think tank has found no evidence that either process is particularly exposed to fraud.