Trump doesn't read his intelligence reports, but looks at the graphs, charts, and tables 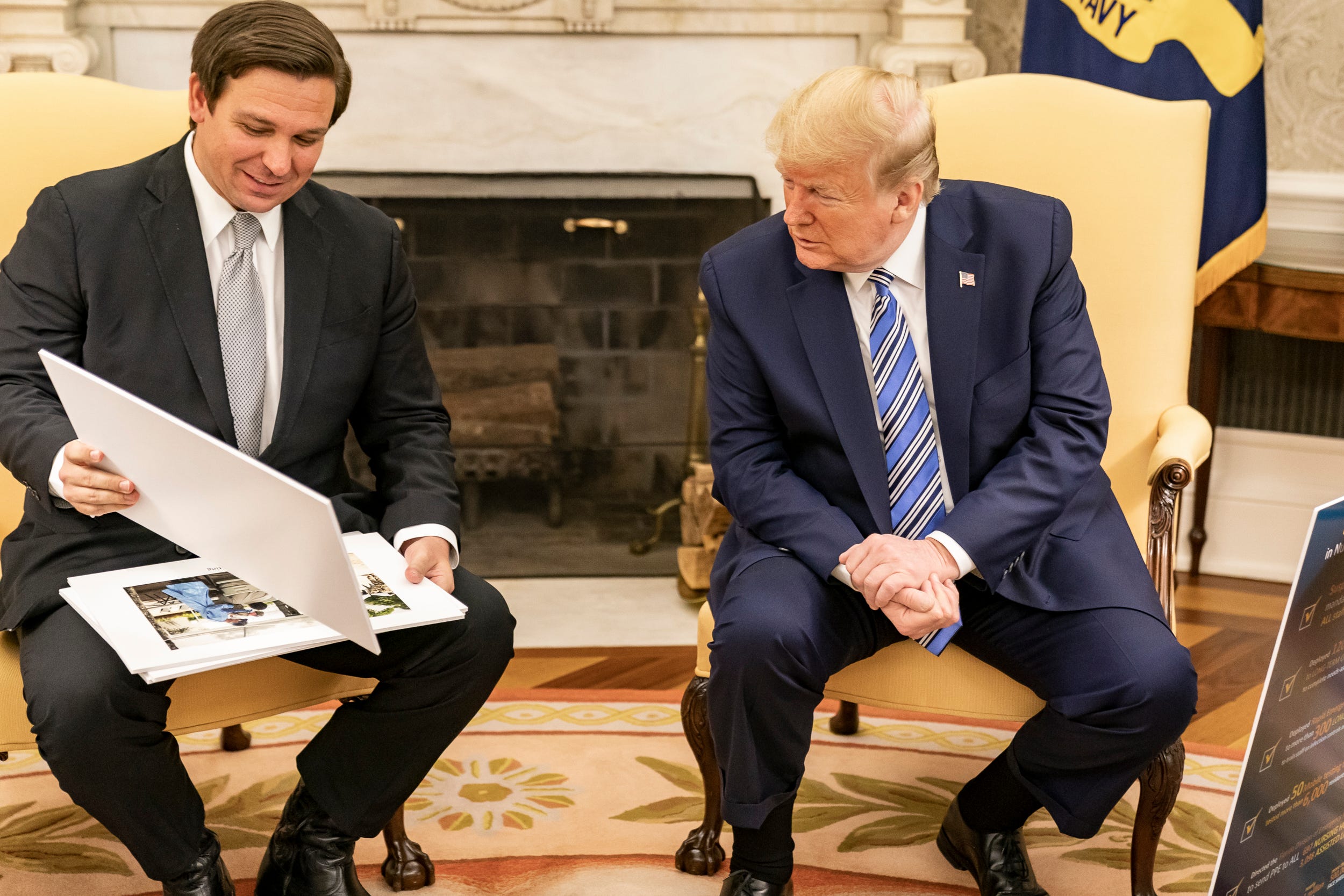 Official White House Photo by Shealah CraigheadPresident Donald J. Trump looks at diagrams and photos during his meeting with Florida Gov. Ron DeSantis Tuesday, April 28, 2020, in the Oval Office of the White House.

The coronavirus pandemic has only exacerbated the problem, The Times reported. For instance, Trump has blamed a January 23 intelligence briefing for not adequately warning him of the threat the virus posed, even though he was also warned by a bevy of other sources, including epidemiologists, national security officials, biodefense officials, and his own health secretary.

Last month, the Washington Post reported that Trump was warned about the coronavirus threat in more than a dozen intelligence briefings throughout January and February, which were written in the President’s Daily Brief, a classified report Trump is given each morning.

But officials told The Times that Trump does not read the written intelligence reports he is given, though he does look at visuals such as graphs, charts, tables, and satellite images. Instead, Trump reportedly prefers to receive information from conservative media and friends.

Back in 2017, then-CIA Director Mike Pompeo told the Washington Post that the president liked “killer graphics” in his intelligence briefings. Trump told Axios before his inauguration that he preferred short briefings. “I like bullets or I like as little as possible,” he said in January 2017. “I don’t need, you know, 200-page reports on something that can be handled on a page. That I can tell you.”

Oral intelligence briefings also frequently go awry, The Times reported, as Trump frequently veers off-topic, expresses scepticism, pivots to gossip he heard from his friends, or even stops listening if he is told he is incorrect.

The briefings have posed such difficulty that intelligence agencies have hired consultants to examine how to better brief Trump, according to The Times. 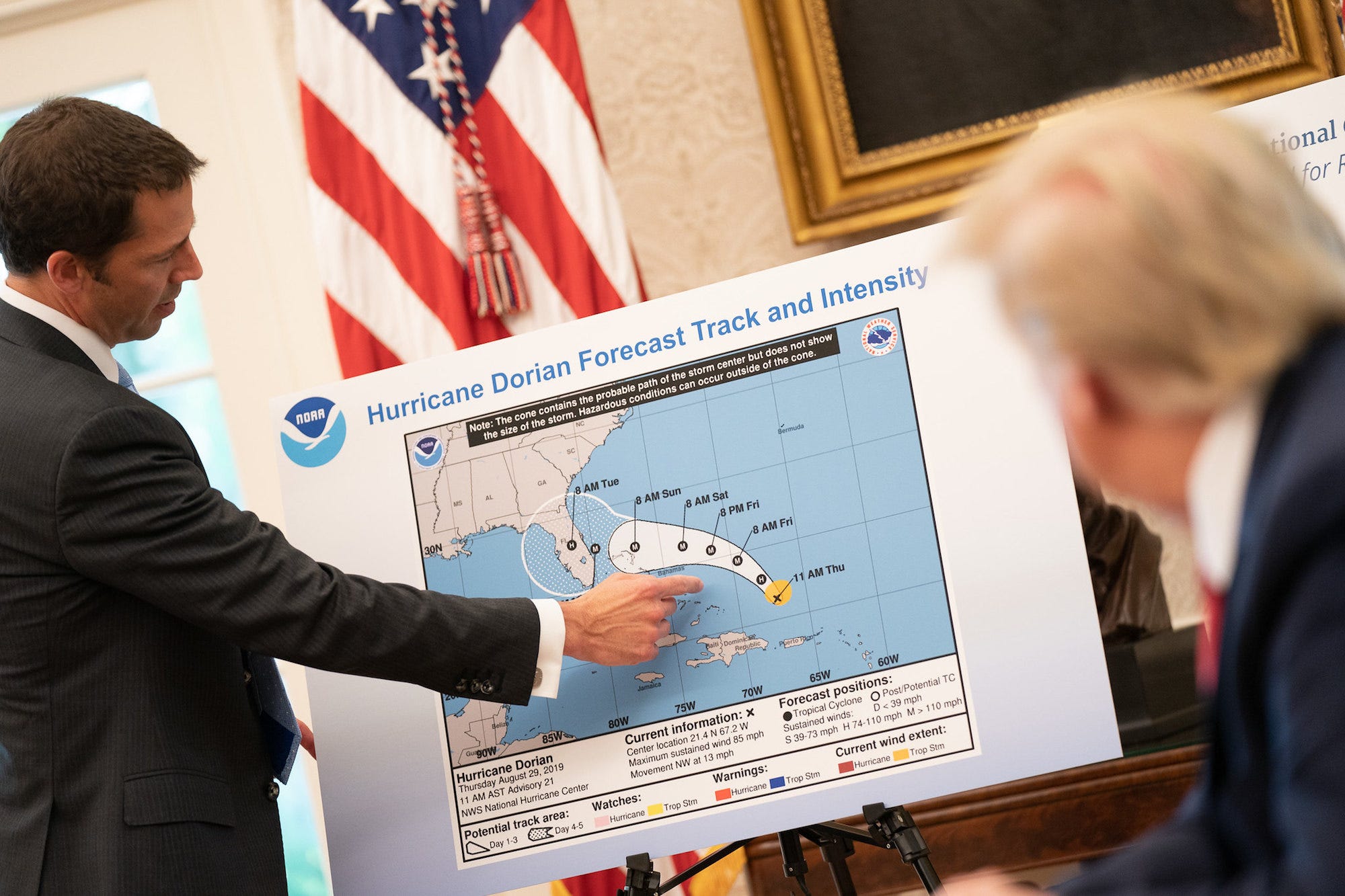 A number of White House officials disputed The Times’ characterization of the briefings, including the current acting director of national intelligence, Richard Grenell, who said it was “flat wrong” to suggest Trump was difficult in intelligence briefings.

“When you are there, you see a president questioning the assumptions and using the opportunity to broaden the discussion to include real-world perspectives,” Grenell told The Times.

National Security Adviser Robert C. O’Brien also rejected the notion that Trump does not pay attention to his briefings.

“The president is laser-focused on the issues at hand and asks probing questions throughout the briefings – it reminds me of appearing before a well-prepared appellate judge and defending the case,” he told the newspaper.

A number of former intelligence officials told The Times they disagreed with the appellate judge comparison, but said it’s true that Trump sometimes asks good questions.

But despite receiving numerous warnings in both written and oral intelligence briefings, Trump downplayed the coronavirus threat throughout January, February, and even the early weeks of March.

“We’re prepared, and we’re doing a great job with it,” Trump said of the coronavirus on March 10. “It will go away. Just stay calm. It will go away.”