Trump wanted John McCain to apologise to him after the 2016 election, longtime aide says in new book 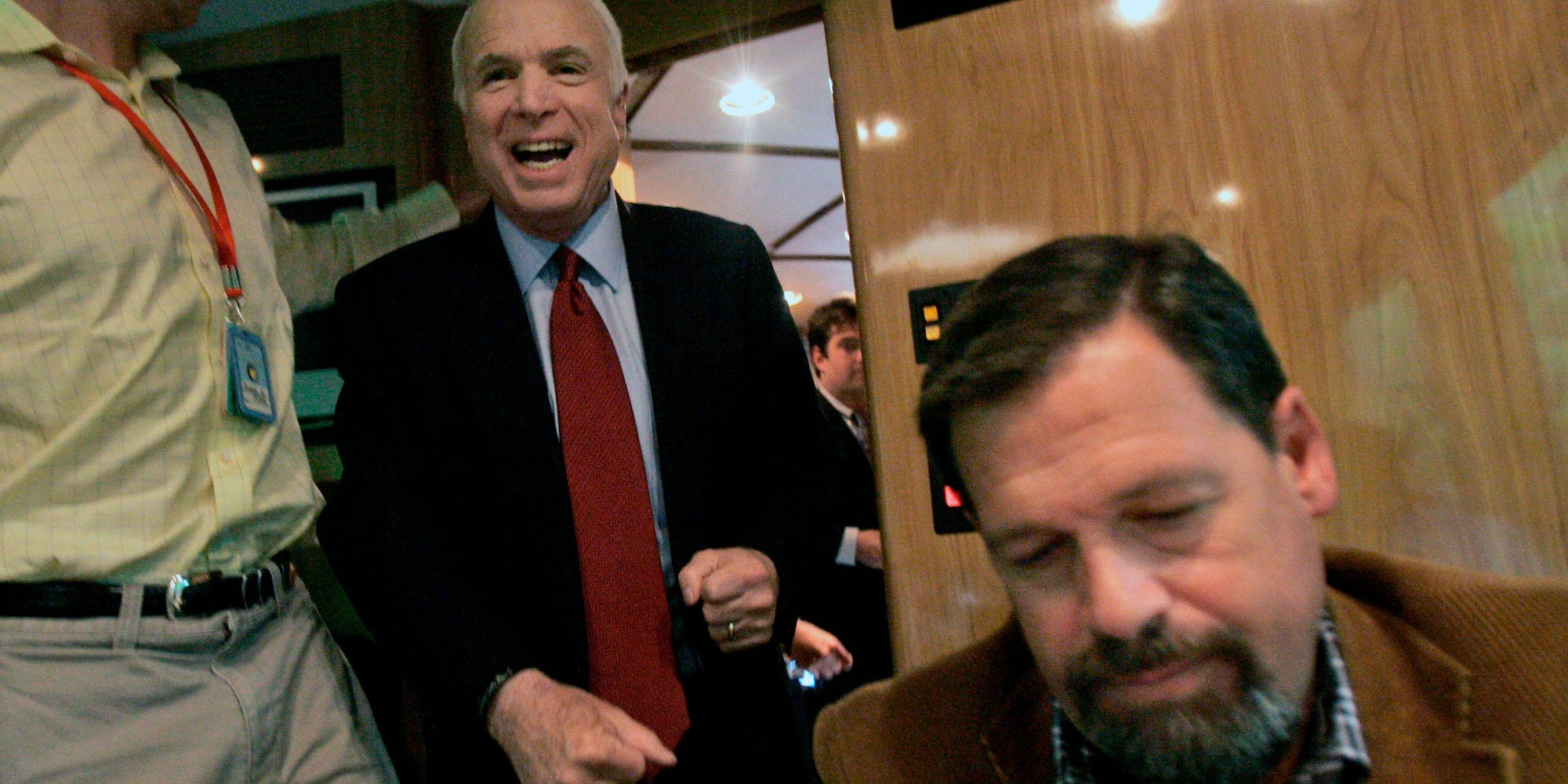 President Donald Trump and late Sen. John McCain had an introductory phone call shortly after Trump’s January 2017 inauguration in which the newly installed president lashed out at the widely respected statesman.

Mark Salter, McCain’s longtime confidant and aide, recounted the conversation in a book released this week, “The Luckiest Man: Life with John McCain.”

The call began with heated remarks, McCain told Salter. Trump started off saying he was hurt after McCain withdrew his endorsement during the 2016 presidential election.

McCain, as the Republican presidential nominee in 2008, was initially hesitant to endorse Trump. He did so reluctantly because he had “to respect the process,” Salter wrote.

“I also thought he was making himself miserable,” Salter wrote. “He was frequently terse and irritable when we spoke. He was testy with reporters when they barraged him with questions about Trump. He was clearly frustrated and I suspected his conscience was pestering him.”

McCain and Salter were particularly disturbed after Trump complained about being “viciously attacked” by the Gold Star family of US Army Capt. Humayun Khan, who was killed in Iraq in 2004.

McCain ordered Salter to issue a strong statement condemning Trump’s remarks about the Khans but wavered on withdrawing his endorsement. McCain ended up releasing the statement without mentioning the endorsement.

McCain would eventually withdraw his half-hearted endorsement in October, shortly after the release of the 2005 Access Hollywood recording in which Trump bragged about sexually assaulting women. McCain ended up writing in the name of another Republican instead of Trump on his ballot.

But McCain’s decision appeared to have stuck with Trump’s mind. According to McCain’s recollection of the post-inauguration call, Trump “kept repeating it â€” three, maybe four times, like he wanted me to apologise before we talked about something else.”

McCain didn’t respond to Trump’s complaint at first, replying that he was offended by the president’s attack on the Khans.

“No,” Trump said, according to McCain. “You unendorsed me over the Access Hollywood thing.”

“Well, that’s the real reason I unendorsed you,” McCain admitted at the time.

The conversation then calmed down, and Trump gave McCain his mobile phone number.

Salter later asked McCain if he had written the number down, and McCain said he did.

“Why not?” Salter asked.

“I don’t know what I did with it,” McCain said. 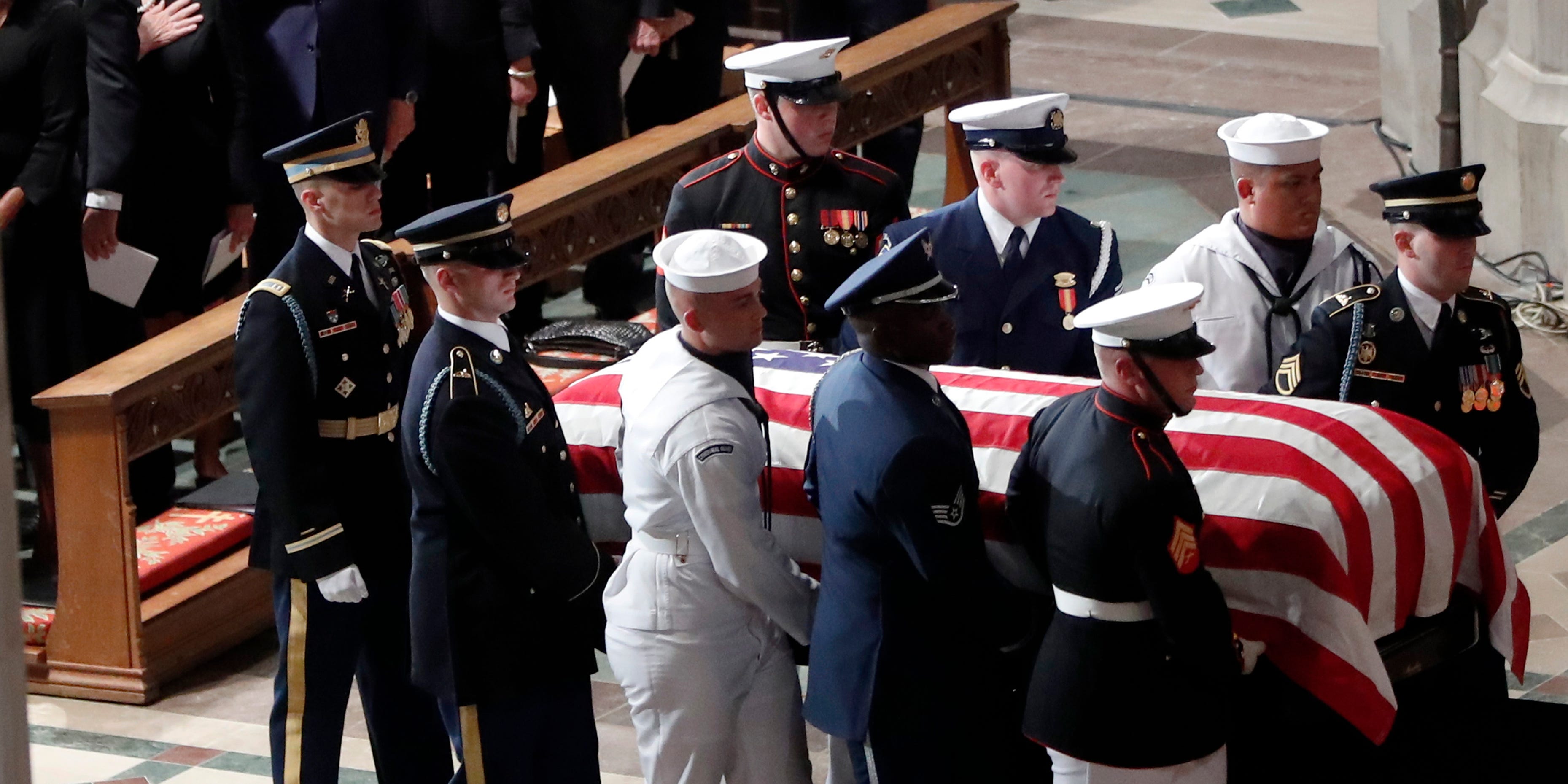 McCain died in August 2018 after a long battle with an aggressive form of brain cancer. Following his death, Republicans and Democrats widely praised McCain’s service in the military and Congress.

Trump’s scorn for McCain lasted throughout his candidacy, presidency, and even after the senator’s death. He often derided McCain’s public service, which included being captured and tortured for over five years during the Vietnam War.

“He’s not a war hero,” Trump said in 2015 of McCain’s service in the US Navy. “He was a war hero because he was captured. I like people who weren’t captured.”

McCain did have issues with Trump’s politics, including his relations with Russia and his views of immigrants, but brushed aside Trump’s personal attacks.

An unfazed McCain calmed Salter: “All he did was get people to talk about what a hero I am all weekend,” McCain told Salter. “That’s not my problem, it’s his.”