Trump escalates Twitter fight with Jeff Sessions, says he 'had no courage, & ruined many lives' 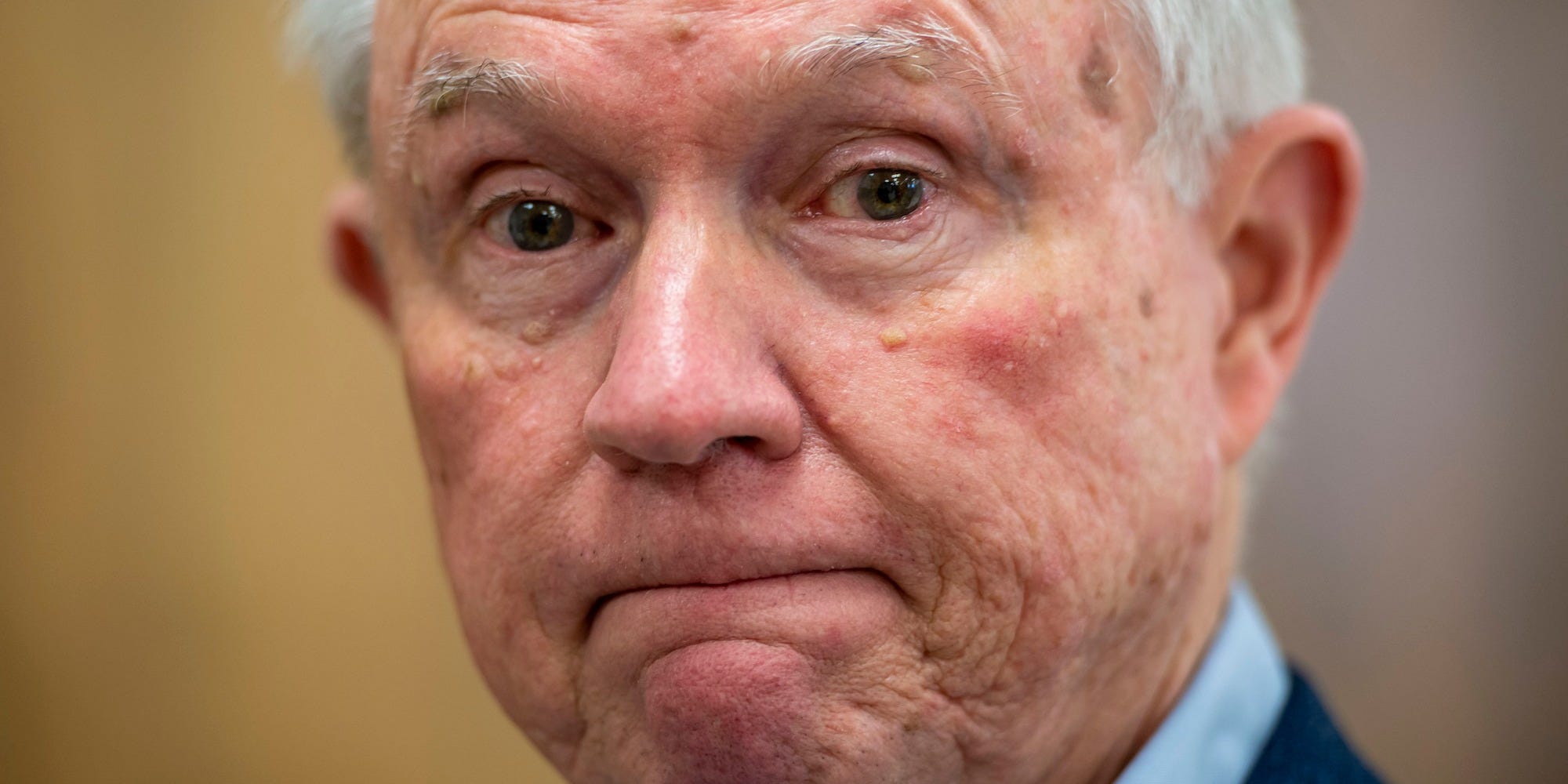 Associated Press/Vasha HuntJeff Sessions talks with the media as he campaigns at a Jefferson County GOP candidate pancake breakfast, Saturday, Feb. 29, 2020, in Birmingham, Ala.

President Donald Trump continued a roughly 24-hour-long Twitter spat with his former attorney general, Jeff Sessions, accusing him of having “ruined many lives” due to his decision to recuse himself from the Russia investigation.

“Jeff, you had your chance & you blew it. Recused yourself ON DAY ONE (you never told me of a problem), and ran for the hills. You had no courage, & ruined many lives,” Trump tweeted Saturday evening. “The dirty cops, & others, got caught by bigger & stronger people than you. Hopefully this slime will pay a big… price.”

He continued: “You should drop out of the race & pray that super liberal [Sen. Doug Jones] … gets beaten badly.”

One day earlier, Sessions had lashed out at Trump in a tweet after Trump urged Alabama voters, “Do not trust Jeff Sessions.”

“Look, I know your anger, but recusal was required by law. I did my duty & you’re damn fortunate I did,” Sessions tweeted Friday night, in response to one of Trump’s tweets. “It protected the rule of law & resulted in your exoneration. Your personal feelings don’t dictate who Alabama picks as their senator, the people of Alabama do.”

Trump has long complained about Sessions and his decision to recuse himself – even bashing him publicly while Sessions was still the attorney general.

Trump ousted Sessions in November 2018, but Sessions has continued to praise Trump’s agenda, and has campaigned on a platform of supporting him.

The primary runoff between Sessions and Tuberville was initially scheduled for March, but has been delayed until July due to the coronavirus.