Trump is taking dexamethasone, a steroid that can give patients a false sense of recovery followed by a crash 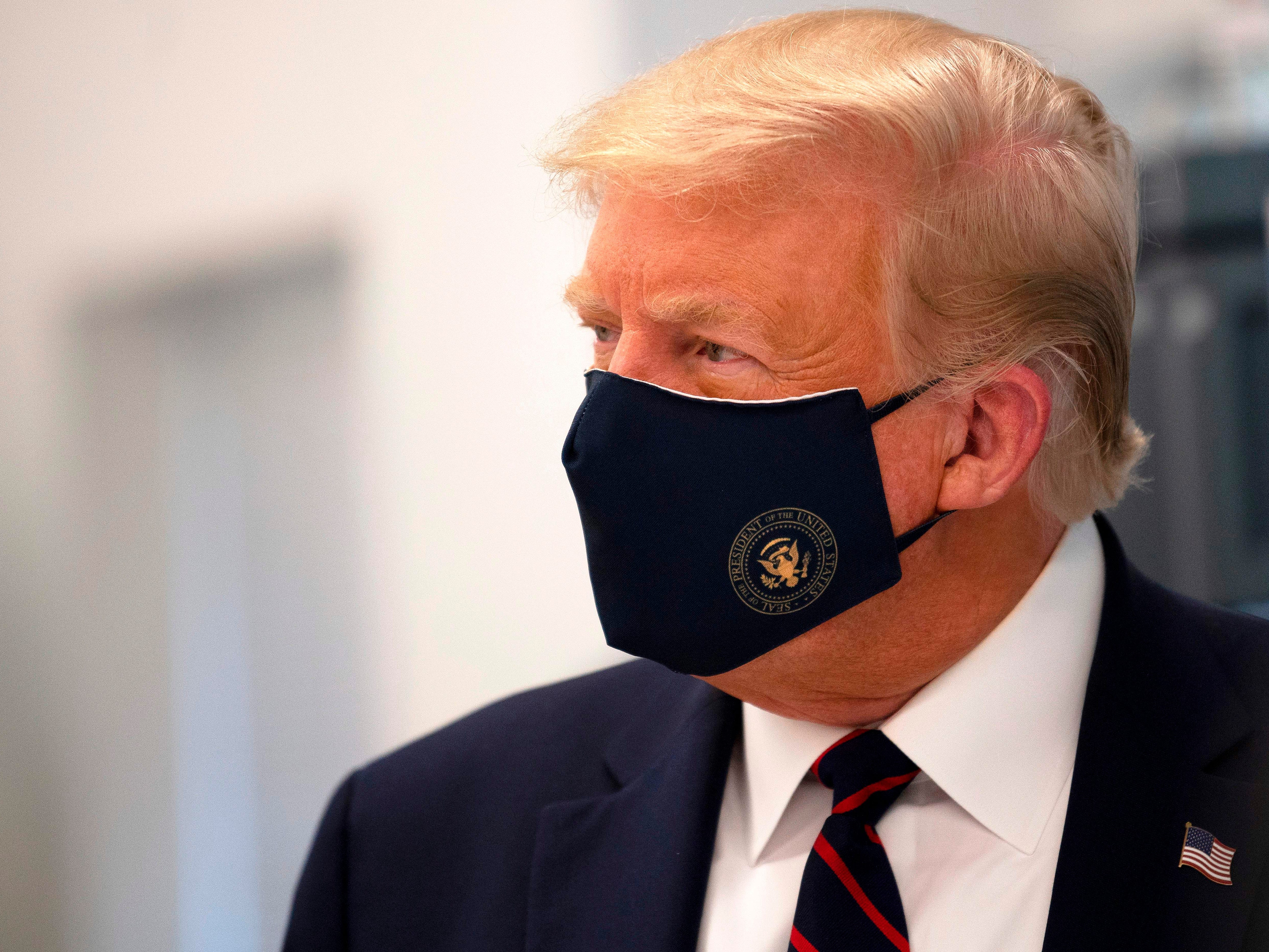 JIM WATSON/AFP via Getty ImagesPresident Donald Trump wears a face mask as he tours a medical lab on July 27, 2020.

President Trump started a course of the steroid dexamethasone on Saturday after a drop in blood oxygen levels, his doctor Sean Conley said. The drug treats the symptoms of COVID-19 by targeting the immune system, resulting in relief from fever and a boost in energy.

The corticosteroid is typically reserved for the sickest patients, according to the World Health Organisation. Despite the presumed severity of the president’s condition, he continues to project an image of good health.

“I feel better than I did 20 years ago!” Trump tweeted on Monday, announcing his discharge from Walter Reed National Military Medical Centre. That may have been the steroid talking.

“Everyone who gets steroids feels a little bit better,” Galiatsatos told Business Insider. “You get a steroid euphoria in addition to no fevers and so forth. So yes, there will be a moment in time where he’s going to feel like, ‘Oh, this is all behind me now.'”

Along with acute euphoria, side effects of dexamethasone can include high blood sugar, sleep impairment, and psychosis, Galiatsatos said. COVID-19 patients typically receive 6mg of the steroid once per day for 10 days, as recommended based on the results of a clinical trial in the UK.

Even if Trump is feeling better since receiving the steroid, he still has a more than one in five chance of dying of COVID-19 given that he required supplemental oxygen, Bob Wachter, chair of the Department of Medicine at the University of California San Francisco, told Business Insider.

That probability increases given his additional risk factors, such as age and weight, and he has an even higher chance of needing intensive care if his respiratory symptoms worsen down the line.

“He’s on a medicine, dexamethasone, that can kind of cover up some of the symptoms,” Wachter said. “It can make you feel good even though the disease is still pretty bad in you. It doesn’t really change the risk that much.”

Steroids weaken the immune response, so it may take longer to clear the virus

The benefits of taking a steroid like dexamethasone come with the cost of potentially extending the course of illness. Steroids target the immune system, not the virus itself, and a weaker immune system will take longer to fight off the virus.

Galiatsatos said doctors prescribe steroids when the immune system is overly aggressive, such as in the case of “cytokine storms” that cause some coronavirus cases to turn deadly.

Both dexamethasone and remdesivir, another medication that Trump is taking according to his doctors, are meant to curtail the hyperactive immune response, while still allowing the immune system to continue doing what it’s supposed to do: fighting off the virus.

“It’s like putting up a fence around a bulldog. The bulldog will be there to do its stop and protect, but the fence â€” a.k.a. the steroid â€” is meant to not unleash the dog on everyone else,” Galiatsatos said.

If prescribed to healthy patients or those with mild symptoms, dexamethasone can destroy a well-functioning immune system, Galiatsatos said. Trump’s getting prescribed the steroid would suggest that he’s sicker than his doctors are letting on.

The National Institutes of Health recommended against giving dexamethasone to patients who don’t need assistance breathing, stipulating that the steroid is recommended only for patients who need a ventilator or extra oxygen.

Coronavirus symptoms can get better before they get worse

Even without a steroid putting a leash on the immune system, doctors have observed coronavirus patients getting better, and then worse.

Michelle Gong, the director of critical-care research at Montefiore Medical Centre, said in a Q&A with the Journal of the American Medical Association in March that COVID-19 patients often seem to be “doing OK, and then at around the five- to seven-day mark they start to get worse and then develop respiratory failure.”

Trump’s top doctor told reporters on Monday that the president “may not entirely be out of the woods” for another week or so, despite an altogether optimistic evaluation of POTUS’ condition.

“This isn’t meant to cure. It’s just meant to kind of keep things at bay,” Galiatsatos said of the dexamethasone. “Even after the 10 days of getting the treatment, he will still be fighting the infection, and it could still do horrible things.”