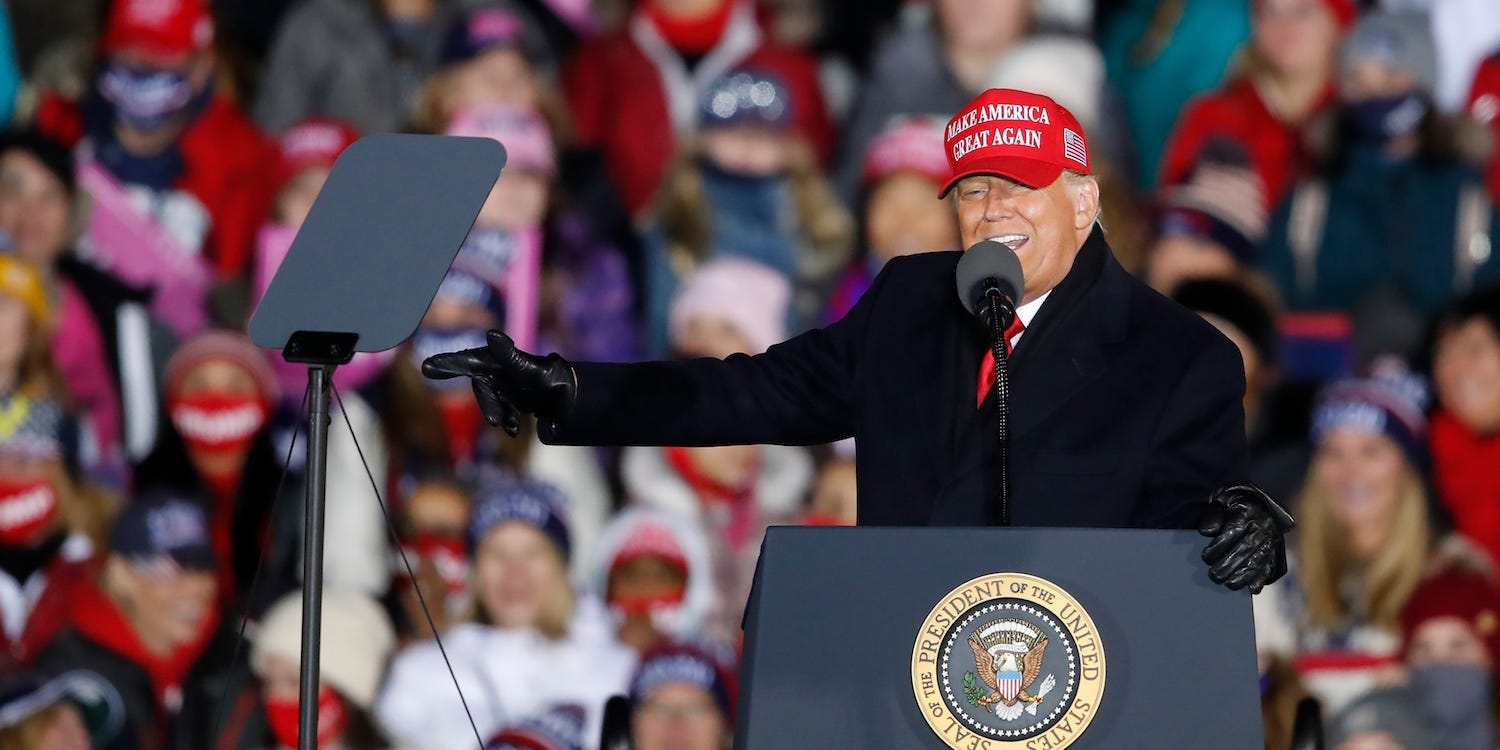 President Donald Trump on Thursday invited several local Republican lawmakers from Michigan to meet with him at the White House on Friday as part of his increasingly desperate effort to overturn the results of the 2020 election.

Trump reached out to the GOP majority leader of the Michigan State Senate to invite the lawmakers to Washington, but it’s not clear what exactly the president plans to discuss with them, The New York Times reported Thursday.

The meeting appears to be part of Trump’s chaotic effort to reverse the election results in key battleground states and falsely claim victory against President-elect Joe Biden.

The president and his allies are attempting to halt or delay the election certification process in battleground states that Trump lost, including Michigan, and convince state legislatures to ignore the popular vote and appoint pro-Trump electors. This strategy has no chance of succeeding in Michigan, where the state’s Senate majority leader has already said his Republican-controlled legislature will not subvert the state’s election results and appoint pro-Trump electors.

Trump and his allies are continuing to baselessly allege widespread voter fraud across the country, interfere in election certification processes in battleground states, and otherwise sow chaos and undermine faith in the legitimacy of the democratic process.

There’s no evidence of widespread voter fraud in any state, including Michigan. Biden won the state of Michigan by a solid margin of more than 150,000 votes, according to Decision Desk HQ, and the president’s multiple legal efforts to overturn those results have failed.

The Trump campaign and GOP officials have so far unsuccessfully pursued nearly two dozen legal challenges against the election results in Michigan and states across the country. There is no chance that the president can overturn the results of the presidential election, which Biden won with 306 electoral votes.

This also comes after a Republican member of the elections board in Wayne County, Michigan revealed to The Washington Post that the president personally called her on Tuesday evening, after she initially refused to certify the election results in majority-Black precincts.

“I did receive a call from President Trump, late Tuesday evening, after the meeting,” Monica Palmer told The Post on Thursday. “He was checking in to make sure I was safe after hearing the threats and doxing that had occurred.”

On Wednesday, both Palmer and another Republican on the four-member board announced they wanted to rescind their certifications, which is not legally permissible.