Trump is now more isolated than ever as his administration is in its last gasps, but the wheels of the democracy he sought to destroy keep turning 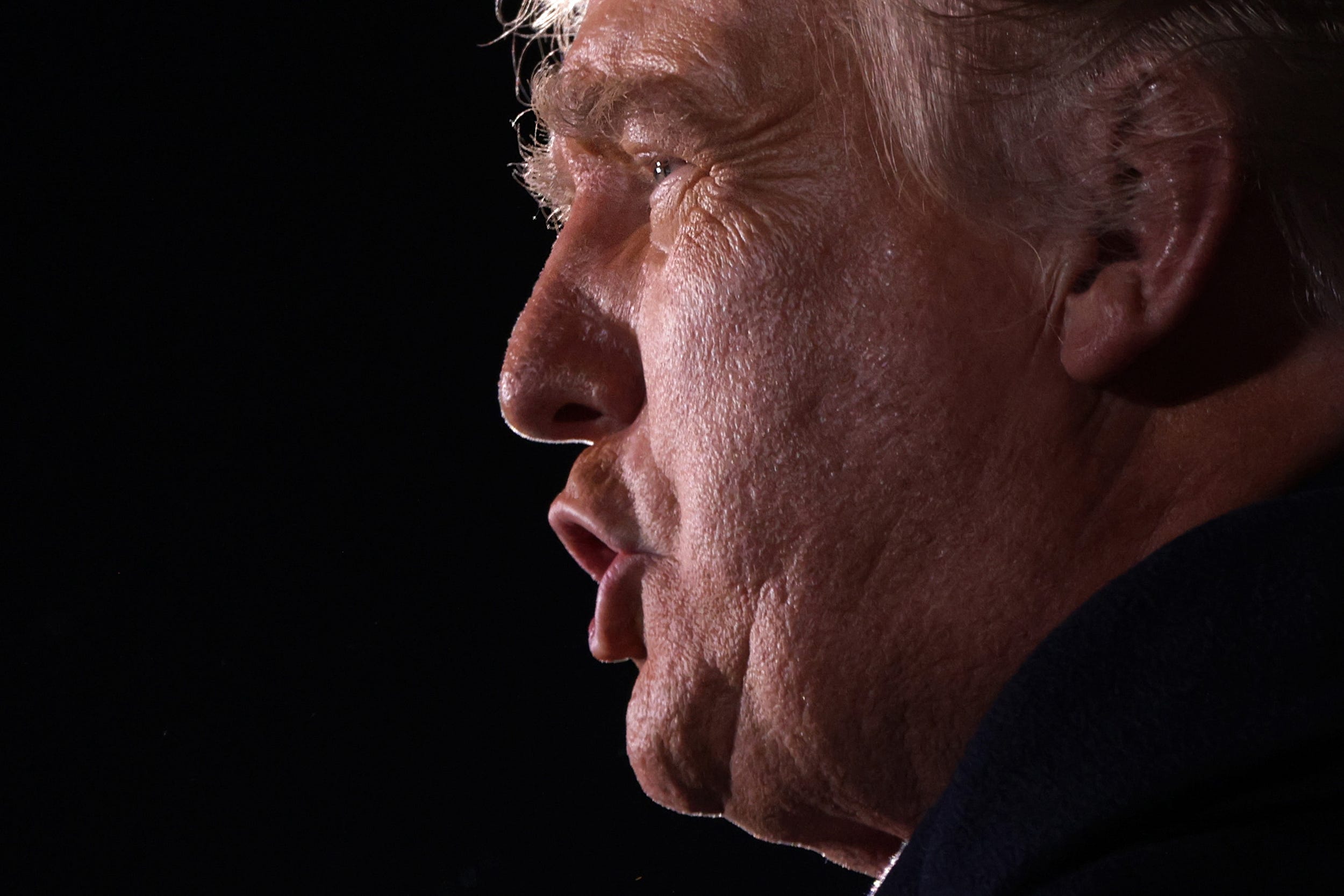 One of the central pillars of American democracy withstood a devastating blow on Wednesday when an angry mob of President Donald Trump’s supporters converged on the Capitol building in Washington, DC, and, in relatively short order, breached its barricades, shattered its windows, and stormed in.

The violence and disruption that ensued was unlike anything seen in modern US history: crowds of people fanning out and marching through the halls of Congress, waving Trump flags, ransacking lawmakers’ offices, and planting MAGA hats on historic statues.

One intruder took a seat at the dais where Vice President Mike Pence and House Speaker Nancy Pelosi had been conducting the business of certifying the electoral votes that will confirm President-elect Joe Biden and Vice President-elect Kamala Harris as the next administration to assume the White House. He stood with a clenched fist, in a stance that’s become common amongst hardcore Trump acolytes.

The unrest followed a rally at a DC park where thousands of people supporting Trump and his crusade to delegitimize Biden’s victory showed up to hear the president speak. Trump has stubbornly rejected the reality that he lost the election to Biden, and he only leaned further into that rhetoric Wednesday morning, even as the House and Senate prepared to execute their duties under federal law, just two miles away.

Lawmakers tasked with counting the electoral votes for each state had only managed to get through two of them, Alabama and Alaska, before a handful of Republicans launched into their planned objections to the states Biden won. But the digression didn’t last long before the Capitol went into lockdown. Secret Service agents swept Pence out of the room; Pelosi, other lawmakers, and congressional aides were rushed away to secure locations.

At least four people died, including a woman who was shot inside the historic building. Residential neighbourhoods surrounding the riot were placed on lockdown. A suspected pipe bomb was found near a building occupied by the Republican National Committee. The DC National Guard was deployed, and National Guard troops from Virginia were sent to help.

In the ensuing hours, the culmination of Trump’s four years in office unfolded in a dramatic, and yet ultimately unsurprising way. Years of the president’s unapologetic rhetorical attacks against democratic institutions and governance were manifested in the explicit and destructive actions of his supporters.

Trump’s Republican colleagues have long tolerated and appeased his bombast in the name of partisan expediency, but after the insurrection on Wednesday, the strong rebukes Trump received from some people within his own party may signal the true end to his grip on power.

The standoff between pro-Trump agitators and police stretched into the night in the District of Columbia, even after a 6 p.m. curfew imposed by Mayor Muriel Bowser went into effect. Protesters lingered and shouted at the police as they moved the crowds away from the Capitol building.

Police said they made a few dozen arrests, according to the Associated Press, prompting comparisons to the law-enforcement response seen months earlier during Black Lives Matter protests where peaceful demonstrators were tear gassed, brutalized, and arrested in far greater numbers.

At the end of the day, the picture was clear. Years of Trump’s allies insisting that his divisive rhetoric be taken seriously but not literally, and the argument that his fiercest supporters are patriots who are simply passionate about America, came unglued. And police did not appear as ready or eager to douse the flames.

Reactions to the unrest on Wednesday were swift, and they stretched far beyond Washington’s political bubble. Top Republicans and Democrats rejected the savagery. Vice President Mike Pence said, “We condemn the violence that took place here in the strongest possible terms … We grieve the loss of life in these hallowed halls, as well as the injuries suffered by those who defended our Capitol today.”

Sen. Mitch McConnell, once a strong ally to Trump, went further: “The United States Senate will not be intimidated. We will not be kept out of this chamber by thugs, mobs, or threats.”

Former President Barack Obama said the violence at the Capitol was “incited by a sitting president who has continued to baselessly lie about the outcome of a lawful election,” calling Trump’s actions “a great dishonor and shame for our nation.” Former President George W. Bush called the insurrection “sickening and disheartening,” and added, “This is how election results are disputed in a banana republic.”

Trump’s former Defence Secretary Jim Mattis offered a bleak assessment of the soon-to-be former president’s future: “Trump will deservedly be left a man without a country,” he said.

World leaders lamented the scenes playing out on screens around the globe. UK Prime Minister Boris Johnson called it “disgraceful.” Canada’s Prime Minister Justin Trudeau said, “I think the American democratic institutions are strong, and hopefully everything will return to normal shortly.”

Ireland’s minister for defence and foreign affairs, Simon Coveney, said: “We must call this out for what it is: a deliberate assault on Democracy by a sitting President & his supporters, attempting to overturn a free & fair election.”

In contrast, Trump tweeted hollow pleas for peace to his 88 million-plus followers, asking them to “remain peaceful,” and “respect the law.” The messages were seen as lukewarm, with Trump weaving platitudes like, “We love you,” and “You’re very special” into his remarks.

Members of Trump’s own inner circle publicly urged him to go further, but he resisted, staying true to his refusal to strongly condemn anyone who supports him, even if there is violence and bloodshed. One of the first examples of this came in 2017, in the midst of the deadly Charlottesville riots.

Trump’s former chief of staff Mick Mulvaney pleaded with him on Twitter at the height of Wednesday’s chaos: “The President’s tweet is not enough. He can stop this now and needs to do exactly that. Tell these folks to go home.”

The wheels of the US government keep turning, but Trump’s future is uncertain

Despite the relentless chipping away of democratic norms during the Trump presidency, the wheels of the US government kept turning, as lawmakers reconvened on the Senate floor late Wednesday night to continue counting electoral votes that will inevitably certify Biden’s clear victory in the presidential election.

But the last two weeks of Trump’s presidency are less clear. Multiple news reports of internal deliberations about how to deal with the outgoing president circulated in the hours following the attempted coup.

Democratic Rep. Ilhan Omar said she would draw up new articles of impeachment. Rep. Cori Bush called on the House of Representatives to investigate whether lawmakers had “violated their oath of office to uphold the Constitution” and should face sanctions or removal.

And the specter of invoking the 25th Amendment to remove Trump from office loomed larger than ever, one of the clearest signs yet that Trump is an imminent threat to the country he was elected to lead.

In a presidency that has prided itself in its appetite for chaos, Trump is getting what he wanted, but the long-term damage to America’s standing in the world may be costlier than anyone can quantify.