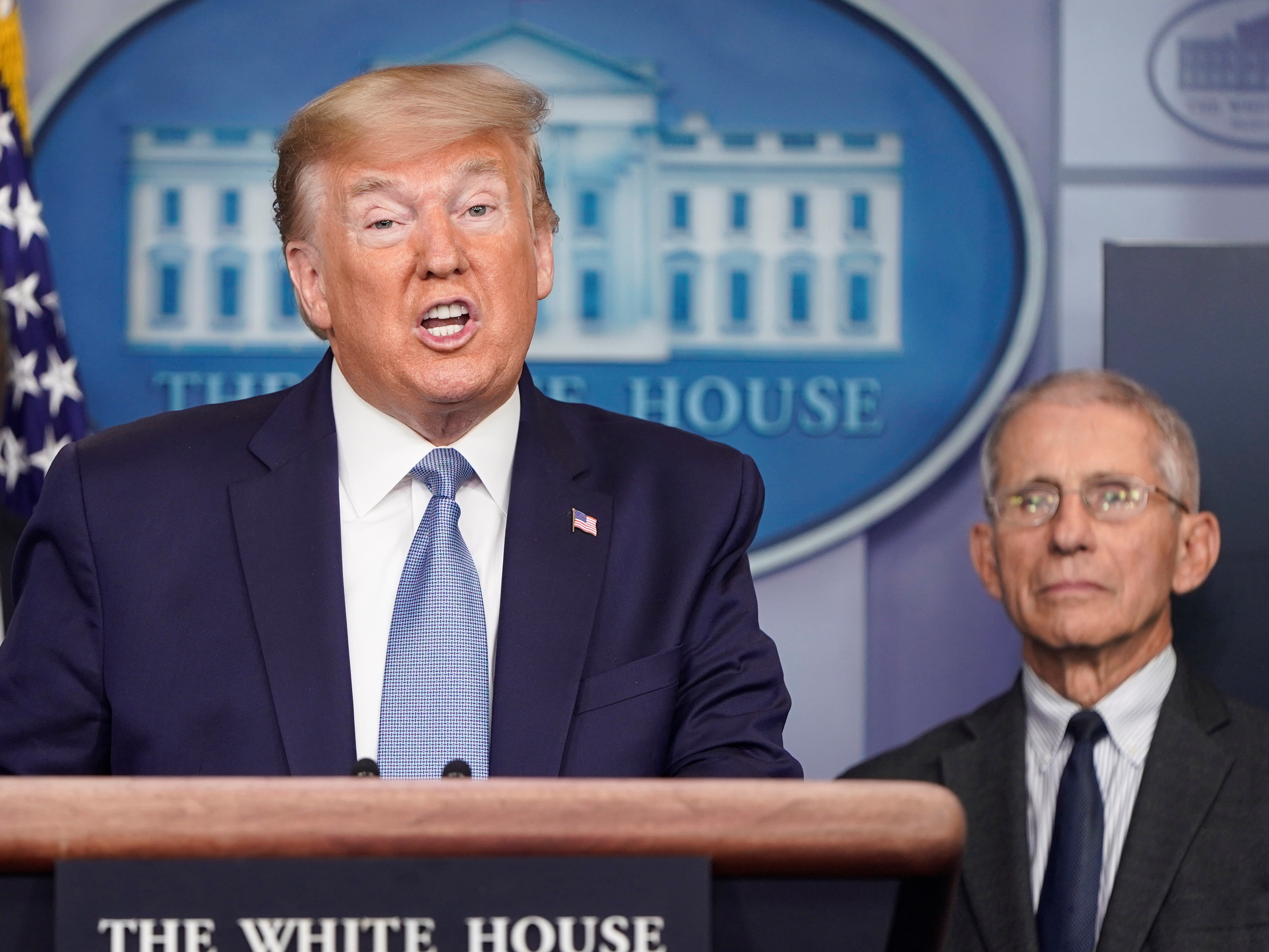 REUTERS/Joshua RobertsU.S. President Donald Trump speaks during a news briefing on the administration’s response to the coronavirus disease (COVID-19) outbreak as U.S. Secretary of Housing and Urban Development Ben Carson and Director of the National Institute of Allergy and Infectious Diseases Anthony Fauci listen at the White House in Washington, U.S., March 21, 2020.

Capping a week when some were praising President Donald Trump’s new and somber tone, the president, on Thursday, sent a missive to the Senate’s top Democrat, Chuck Schumer. In the message, Trump boasted of his poll numbers and blamed a federal lawmaker for the alleged failures of New York’s state government.

The April 2 letter was sent in response to a request from the Senate Minority Leader for the Trump administration to invoke the Defence Production Act. That would compel the private sector to manufacture sorely needed medical equipment and designate a military official to oversee the logistics of resource distribution in the face of the coronavirus pandemic.

“This is a matter of the utmost urgency for the health of every American,” Schumer wrote to the president earlier in the day. “Regrettably, our national response is far behind where it should be. But by acting now, there is still time to help protect our medical professionals, reduce suffering, and save lives.”

In response, Trump – who throughout March compared COVID-19 to the seasonal flu – dismissed the requests as “incorrect sound bites.”

“If you spent less time on your ridiculous impeachment hoax, which went haplessly on forever and ended up going nowhere (except increasing my poll numbers), and instead focused on helping the people of New York, then New York would not have been so completely unprepared for the ‘invisible enemy,” the US president asserted.

Over 2,300 people in New York state have died of COVID-19, with officials announcing 432 new deaths on Thursday – 42 per cent of all coronavirus deaths nationwide, according to The New York Times, with Gov. Andrew Cuomo warning the state will run out of ventilators within a week.

Despite the shortage, Trump, in his letter, claimed he did not need to invoke the Defence Production Act as the mere threat of doing so was enough to get companies to “do whatever we are asking.” In a March 27 tweet, for example, he told Ford Motor Company to “GET GOING ON VENTILATORS, FAST!!!!!!”

Ford had announced days earlier that it was looking to repurpose some of its car factories to produce ventilators.

The president, meanwhile, on March 30, questioned whether more production is even needed, telling Fox News’ Sean Hannity that “I don’t believe you need 40,000 or 30,000 ventilators.”