The '60 Minutes' interview is embarrassing for Trump, but much like the Zelensky call, he's in complete denial 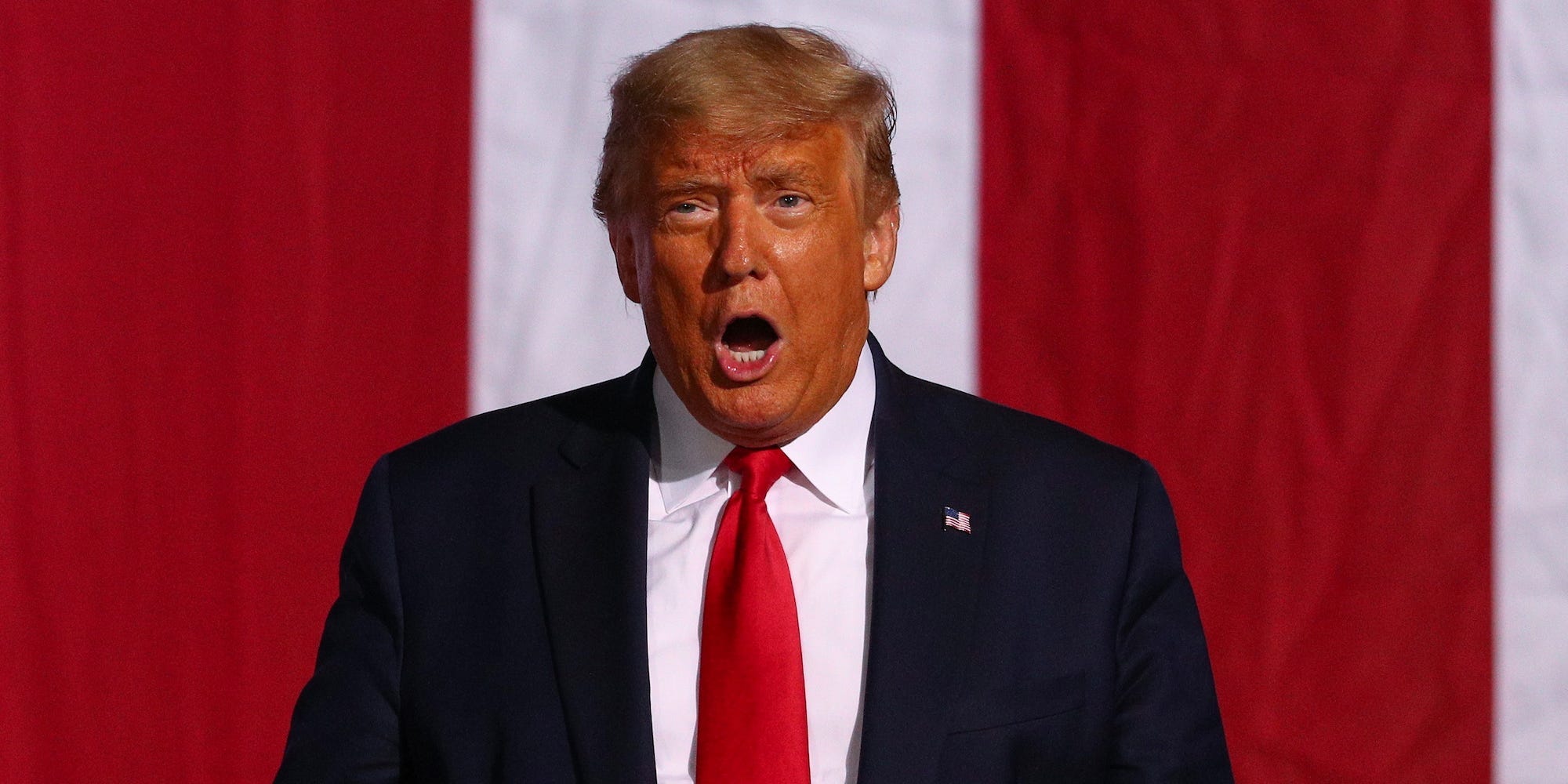 President Donald Trump’s decision to share an uncut video of a “60 Minutes” interview that he abruptly left is reminiscent of his decision to release the summary of his infamous July 25, 2019, phone call with Ukrainian President Volodymyr Zelensky.

In both cases, Trump seemed to believe that releasing the materials would improve his image, but he couldn’t have been more off the mark.

At the start of the CBS News interview, host Lesley Stahl asked the president if he’s ready for “tough” questions.

“No, I’m not looking for that,” Trump replied, asking Stahl to be “fair.”

As president, Trump is the most powerful man in the world. But within the first few moments of the video, which Trump published on Facebook on Thursday, he asked a reporter to go easy on him. When it was clear Stahl would not oblige this request, Trump turned to complaining.

The president repeatedly interrupted Stahl as he peppered her with erroneous claims, such as that there are so many COVID-19 cases in the US because the country is doing widespread testing.

Stahl politely challenged Trump throughout the interview, such as when he once again pushed the baseless conspiracy theory that former President Barack Obama spied on his 2016 campaign. He berated her in response.

“I think we have enough,” Trump said before prematurely leaving after roughly 40 minutes, skipping a planned side-by-side portion with Vice President Mike Pence. The president then went on to attack Stahl on Twitter.

WATCH: President Trump was asked by @LesleyRStahl about his priorities — before cutting his interview short.@60Minutes has a history of asking tough questions of presidential candidates during the run-up to the election.

The interview made Trump appear as a leader detached from reality and incapable of handling a veteran journalist’s polite, professional questions on important issues. But Trump seemingly believed that the exchange revealed him to be a victim of media bias.

“Look at the bias, hatred and rudeness on behalf of 60 Minutes and CBS,” Trump said in the caption of his Facebook post featuring the uncut video, which CBS News said the president released in violation of his agreement with the network.

Political commentators were perplexed as to why Trump would elevate such a damning, temperamental performance with less than two weeks until Election Day and hours before he was set to participate in the second and final presidential debate.

During the interview, the president also made clear to Stahl that he hoped the Supreme Court would get rid of the Affordable Care Act, also known as Obamacare. The high court is set to hear a challenge to the landmark healthcare law shortly after the Election Day, and Senate Republicans are poised to confirm yet another Trump nominee, Judge Amy Coney Barrett, to the Supreme Court on Monday.

Beyond making himself look bad, Trump may have provided Democratic presidential nominee Joe Biden with an easy line of attack in Thursday night’s debate by releasing the video of the interview. Healthcare is a topic American voters have repeatedly cited as an issue of great concern.

So Trump makes a damaging comment about wanting SCOTUS to terminate the very popular Affordable Care Act, and then leaks the interview just prior to a debate, where his comments could come up in front of an audience that’s even bigger than 60 Minutes or his Facebook page. Cool.

Trump gave Biden a beautiful ad in his 60 Minutes interview he couldn't finish. Just keep playing the clip about he wants to take away Obamacare.

Hard to believe Trump thought releasing this uncut 60 Minutes interview video would do him a shred of good. The uncut version he wants you to see is infinitely more damning to him than any possible edit by CBS could be. >

By posting the 60 Minutes interview early, Trump has now enabled Biden to raise his SCOTUS/ACA answer in the debate tonight. 3-D chess ????

Trump’s impeachment proceedings were much the same.

When the White House willingly released the summary of Trump’s call with Zelensky, the move baffled legal experts who saw the document as an extremely damning piece of evidence that the president abused the powers of his office.

Trump continuously maintained that his call with the Ukrainian leader was “perfect” and encouraged people to “READ THE TRANSCRIPT,” though the summary showed him pressuring a foreign leader to launch investigations into a top political rival. Trump was ultimately impeached in December, and his call with Zelensky was at the centre of the charges leveled against him by House Democrats.

Trump has never acknowledged any wrongdoing on his part with respect to Ukraine, and his handling of the “60 Minutes” interview follows a similar pattern of denial.