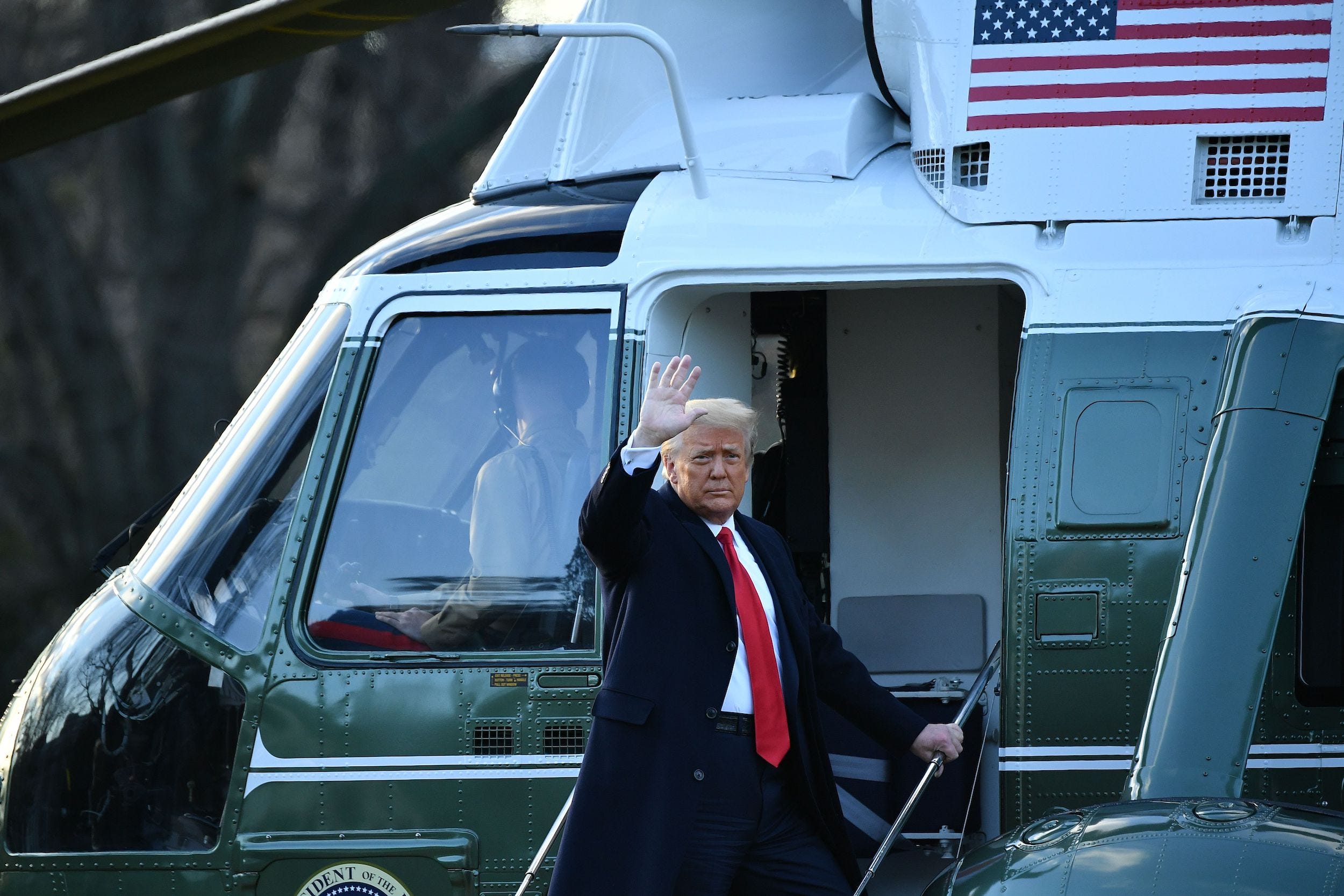 MANDEL NGAN/AFP via Getty ImagesOutgoing US President Donald Trump boarding Marine One at the White House on January 20.

GOP Sen. Lindsey Graham, a top ally of former President Donald Trump, said on Sunday that Trump was “ready to move on” after the Senate voted to acquit the former president in his second impeachment trial.

During an appearance on “Fox News Sunday,” the South Carolina Republican told the host Chris Wallace that Trump “was grateful to his lawyers” and “appreciated the help that all of us have provided.”

Graham added: “He’s ready to move on and rebuild the Republican Party. He’s excited about 2022. I’m going to go down to talk with him next week, play a little golf in Florida. And I said Mr. President, this MAGA movement needs to continue.”

The effort to convict Trump on a charge of “incitement of insurrection” fell short in the Senate. Though a 57-43 majority voted in favour of conviction, it was shy of the required 67 votes.

While Trump is basking in escaping yet another impeachment conviction, Graham said the former president was still “mad at some folks.”

Wallace then asked whether Trump was upset with Senate Minority Leader Mitch McConnell, who voted to acquit the former president while also deeming him “morally responsible for provoking” the January 6 Capitol riot.

“I think Senator McConnell’s speech, he got a load off his chest, but unfortunately put a load on the back of Republicans,” Graham said. “That speech you will see in 2022 campaigns. I would imagine, if you’re a Republican running in Georgia, Arizona, New Hampshire where we have a chance to take back the Senate, they may be playing Senator McConnell’s speech and asking you about it if you’re a candidate.”

He added: “I think his speech is an outlier regarding how Republicans feel about all this.”