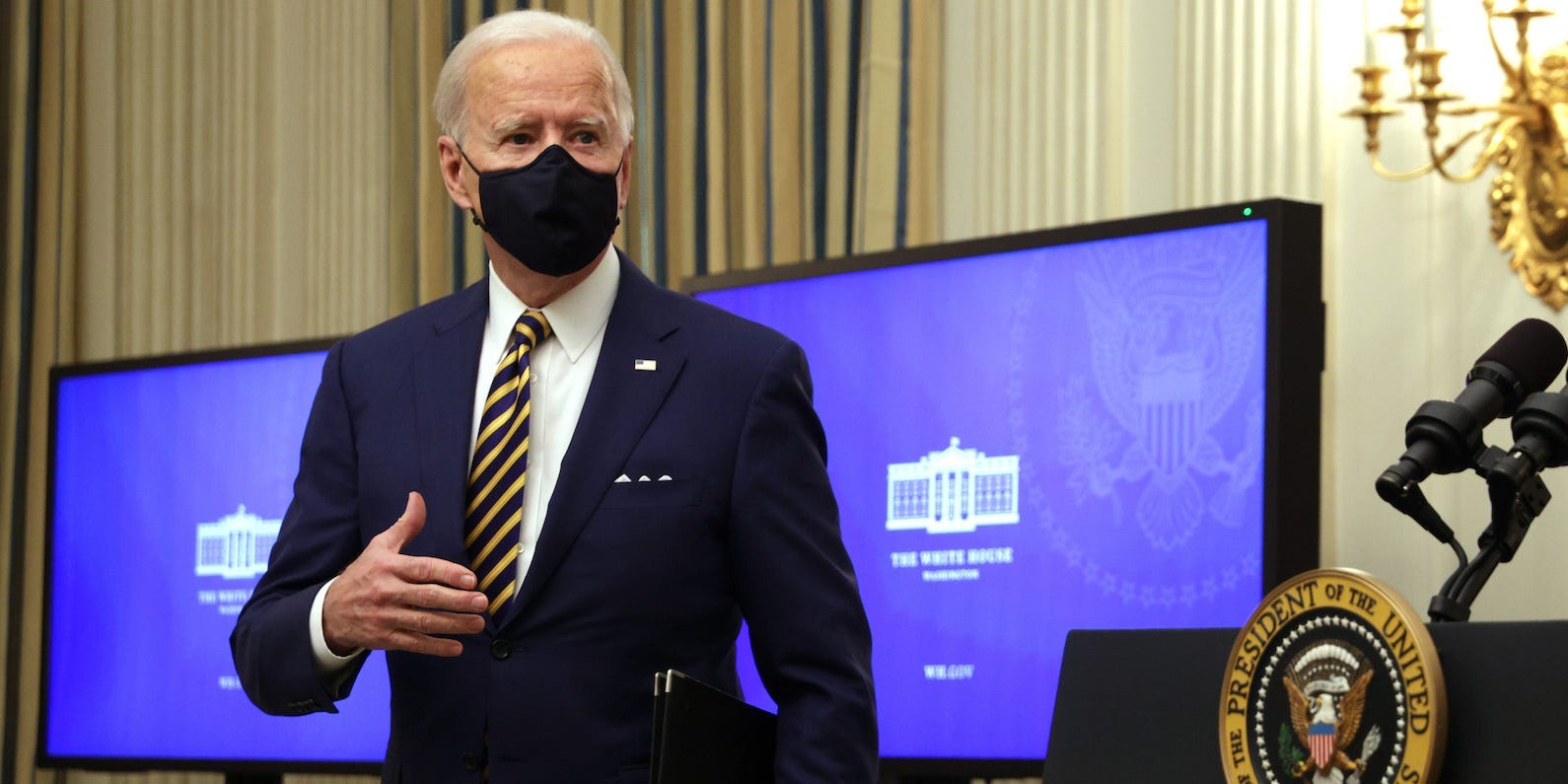 A second impeachment trial for former President Donald Trump is looming â€” and it jeopardizes much of President Biden’s early legislative agenda, which includes the quick passage of a multi-trillion-dollar rescue package.

The House is expected to transmit the article of impeachment to the Senate on Monday evening, a step that triggers the trial. The chamber impeached Trump for his role in instigating a deadly riot at the US Capitol earlier this month, and Senate leaders brokered a deal to start a trial on Feb. 9.

“Something like impeachment is an incredibly partisan exercise, it does tend to inflame passions on both sides,” Lanhee Chen, a policy fellow at the conservative Hoover Institution, told Yahoo News.

Chen, a former GOP aide, argued it is “really hard” for the Senate to balance impeachment and other legislative business â€” a move both Biden and Democratic leaders are pushing for.

The trial may end up casting a large shadow over much of Biden’s early agenda. The president has also been constricted by a fight in the Senate over the chamber’s procedural rules and a demand from Minority Leader Mitch McConnell for Democrats to preserve the filibuster, a 60-vote threshold most legislation needs to advance.

It has slowed the confirmation process for many of Biden’s cabinet nominees, and the lack of a deal on the filibuster has blocked an “organising resolution” from clearing the Senate. As a result, Republicans still chair Senate committees, meaning they still have the power to set the agenda even though they are in the minority.

The imbroglio is threatening to spill into the Biden administration’s drive to draw Republican votes for its $US1.9 trillion economic aid package in a bid towards fostering unity and bipartisanship. It has triggered rising GOP resistance over the past week.

Centrists like Sen. Susan Collins of Alaska and Sen. Mitt Romney of Utah say they are wary of backing a federal rescue plan with a hefty price tag. The blueprint includes a wide array of measures including fresh stimulus checks, federal unemployment benefits, aid to state and local governments, and vaccine funds.

Biden aims for the package to build on an earlier $US900 billion virus aid plan from last month which he repeatedly called a “down payment.”

White House press secretary Jen Psaki told reporters on Monday the Biden administration was mindful of the expiration of federal unemployment insurance programs starting on March 14. The programs provide benefits to around 11.4 million people, though some who haven’t exhausted their payouts may receive them until May 5.

“There’s an urgency to moving it forward, and [Biden] certainly believes there needs to be progress over the next couple of weeks,” she said.


Read more:
A notorious market bear who called the dot-com bubble says he sees ‘fresh deterioration’ in the market indicator that first signalled the 1929 and 1987 crashes â€” and warns that stocks are ripe for a 70% drop

Many Democrats say they can opt for a manoeuvre called budget reconciliation to circumvent Republicans and pass a package in a party-line majority vote. Sen. Bernie Sanders of Vermont, the incoming chair of the Senate Budget Committee, said the extent of the public health and economic crises demands swift action.

“What we cannot do is wait weeks and weeks and months and months to go forward,” Sanders said in a CNN interview on Sunday. He said Democrats will use reconciliation “as soon as we possibly can.”

Democratic Rep. Jim Yarmouth, the chair of the House Budget Committee, said Democrats could kickstart the process as early as next week with a resolution.

But it would give the Senate just around a week to strike a deal when Republicans and Democrats remain far apart on the size and scope of more federal relief.