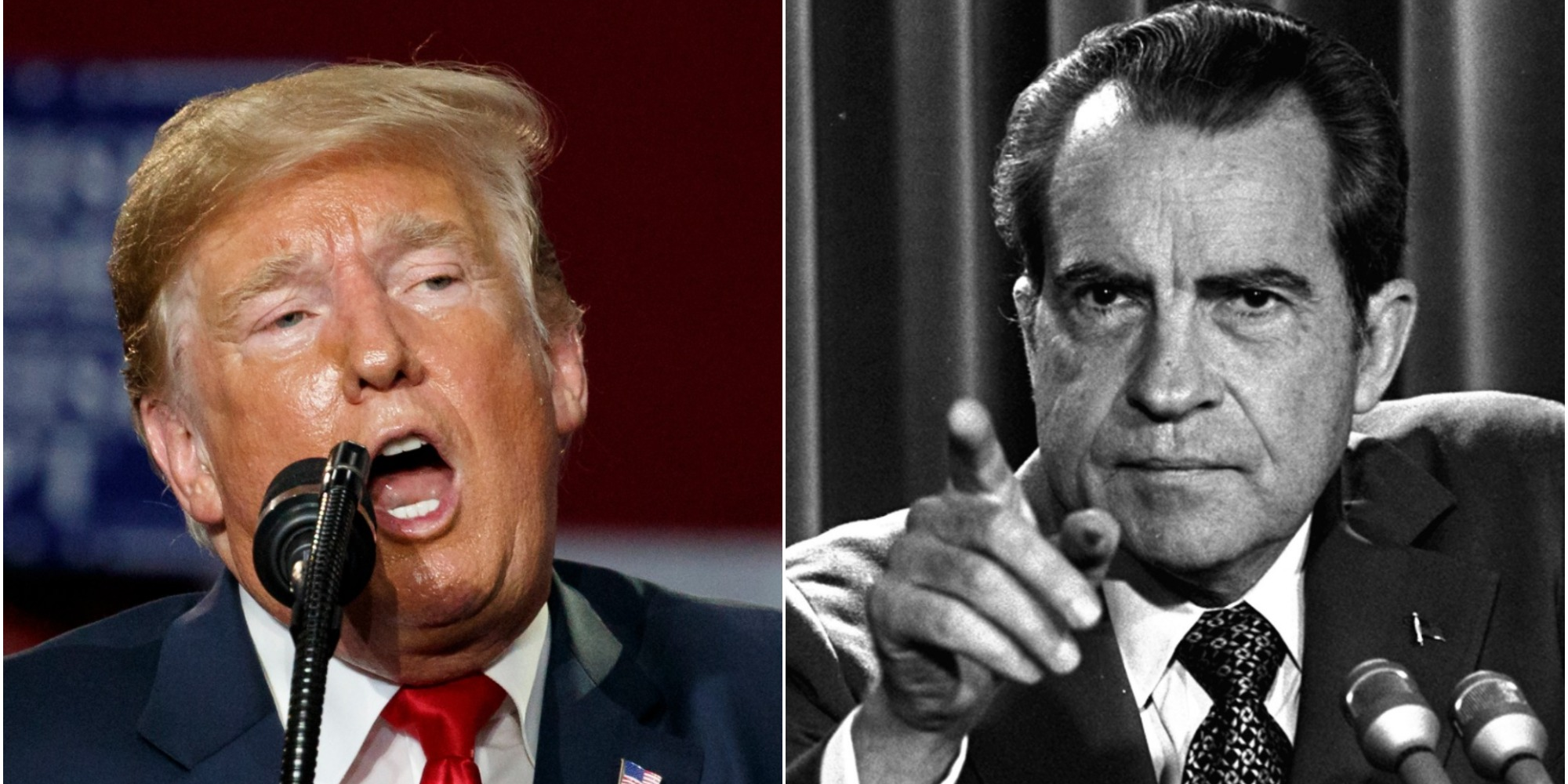 President Donald Trump has described spending his post-impeachment days thinking about President Richard Nixon “more than anybody else” and staring at the White House portrait of the resigned president.

Trump made the comments in an interview with Fox News personality Geraldo Rivera’s “Roadkill” podcast, which published Thursday.

When asked how he felt after being impeached last December, only to be acquitted last week, Trump said: “Well, it’s a terrible thing, and, you know, I think of Nixon more than anybody else, and what that dark period was in our country. And the whole thing with the tapes and the horror show.” 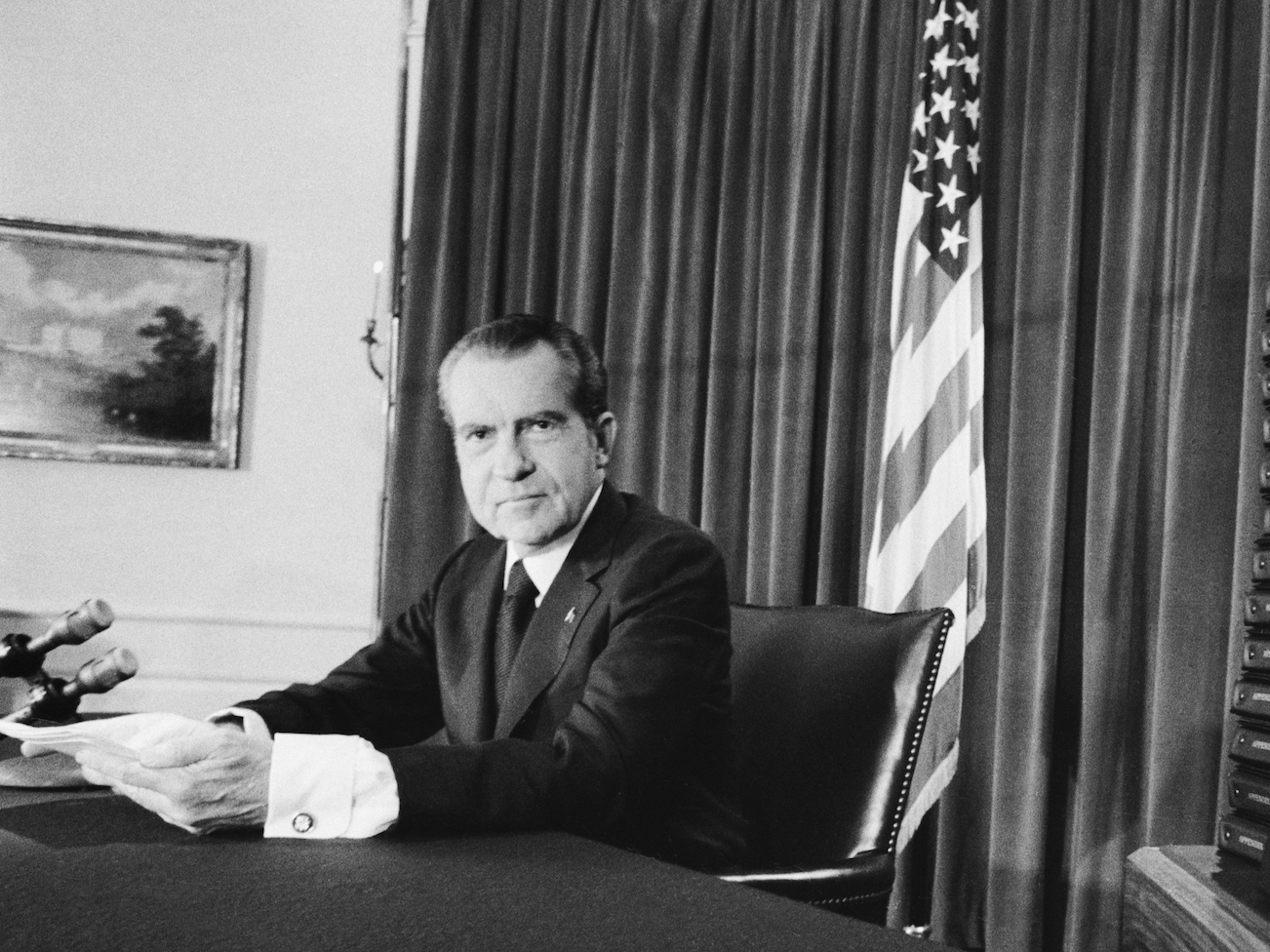 Bettmann / GettyNixon in 1974, during the Watergate scandal.

Trump was referring to the federal investigation into Nixon’s role in a 1972 break-in at the Democratic National Committee’s headquarters at the Watergate complex, and the subsequent efforts to cover it up.

In 1973, Nixon refused to hand over taped calls prosecutors believed to connect him to the burglary – citing executive privilege – and numerous top White House officials resigned rather than following Nixon’s orders.

In 1974, the House Judiciary Committee voted to start impeachment proceedings against Nixon, but he resigned from office later that year before he could be impeached.

Trump added Thursday: “I would always think – well, every time in the White House, I pass this beautiful portrait of various presidents, right?”

“But the portrait of Richard Nixon, I sort of – I don’t know. It’s a little bit of a different feeling than I get from looking at the other portraits of presidents.”

Listen to the podcast here:

On this week's Roadkill Podcast- Geraldo talks to the 45th President of the United States @realDonaldTrump. Listen here! https://t.co/gZuJm7Ae8q

Trump also mentioned the widespread scrutiny over President Ronald Reagan after his 1980s arms-for-hostages deal – known as the Iran-Contra affair – saying that Reagan “went through that [scrutiny] for years” and that he “never really got over the spell.”

“It was dark, but not – nothing like Nixon,” Trump said. 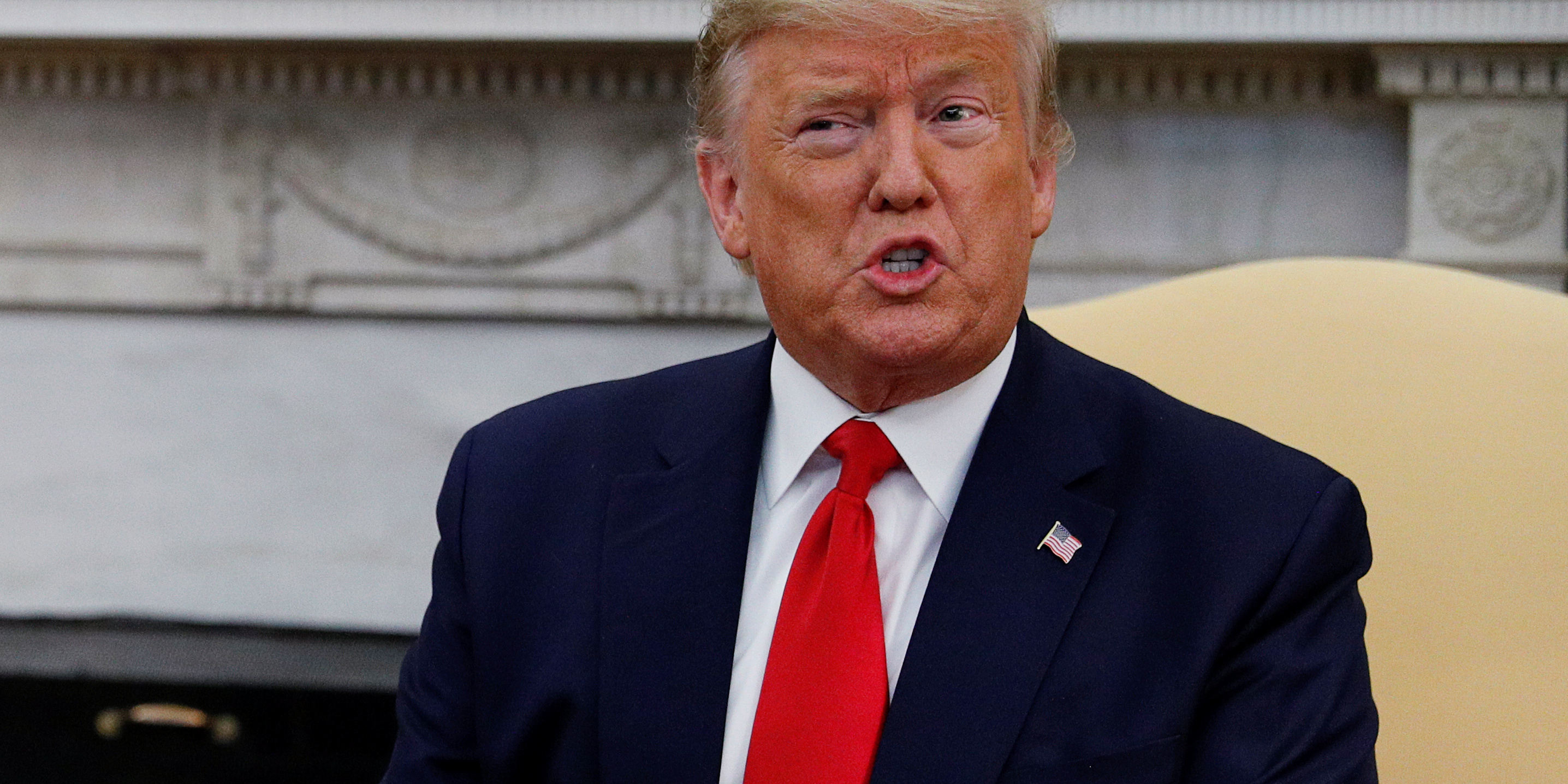 ReutersTrump in the White House Oval Office on February 12, 2020.

Trump was cleared of abuse of power and obstruction of justice by the Senate on February 5. The Senate voted completely on party lines, with the exception of Sen. Mitt Romney, who voted to convict him on one count.

Trump and his allies have since attacked Romney, with the president accusing the Utah senator of being a “Democrat secret asset” and baselessly implicating him in a conspiracy theory related to Ukraine.

He launched another personal attack on Romney – a devout Mormon – in the Thursday podcast, saying that he was truly religious, he “should have voted on both [counts], if you think about it.”

Trump had been accused of asking Ukraine’s president for a so-called quid-pro-quo deal, in which he would release withheld military aid to Ukraine if the country publicly investigated his Democratic opponent former Vice President Joe Biden and his family.

The allegations revolved around a July 2019 phone call, which several other officials had dialed in to.