Trump says 'hopefully' states won't be allowed to count ballots after Election Day, which is a normal part of the electoral process 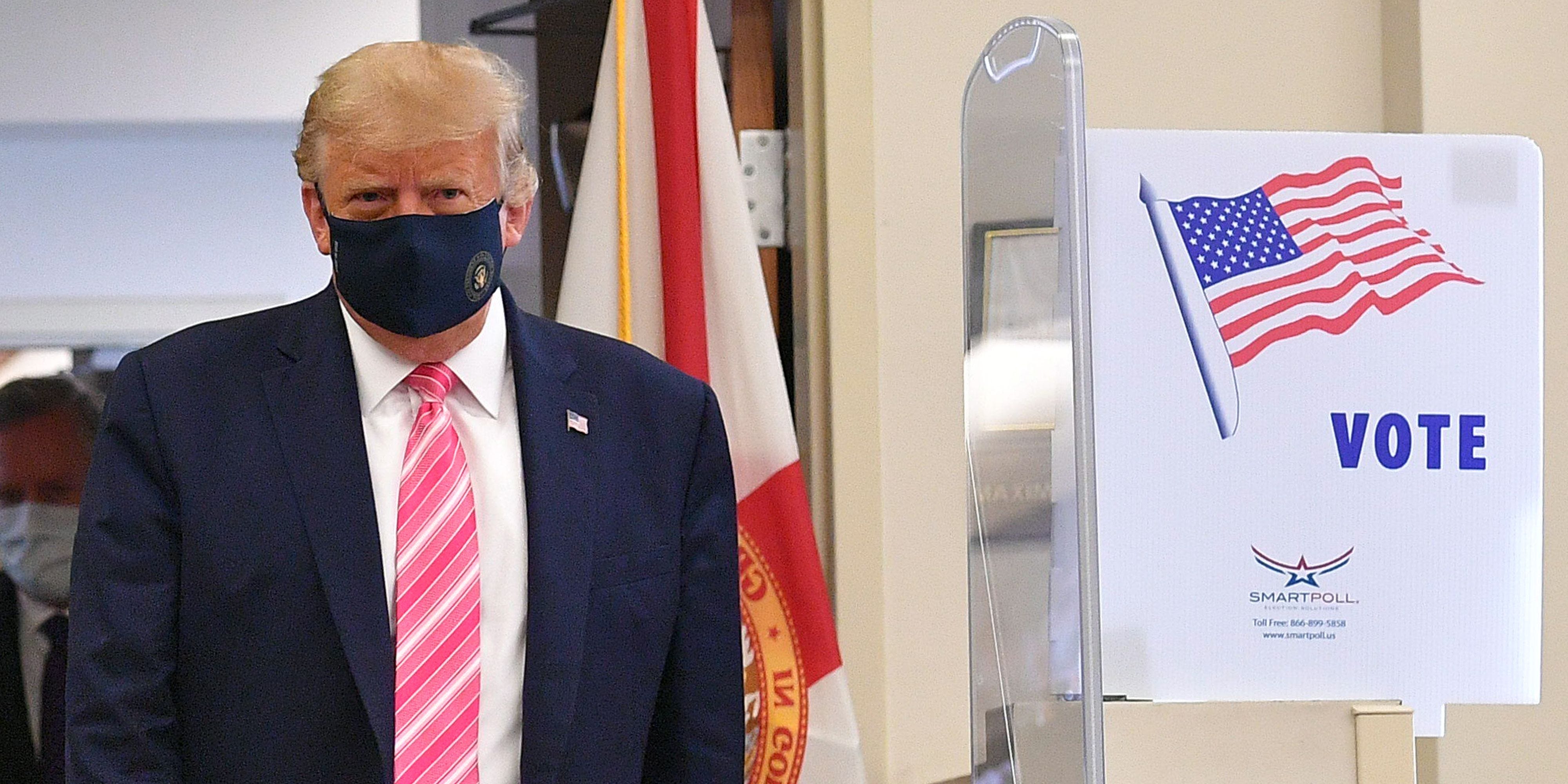 President Donald Trump on Wednesday said that he hoped courts would stop states from counting ballots after Election Day, though it’s a normal and legal part of the electoral process.

“We’ll see what happens at the end of [Election Day],” Trump said at a press conference in Las Vegas.

“Hopefully, the few states remaining that want to take a lot of time after November 3rd to count ballots, that won’t be allowed by the various courts,” he added.

But the results of elections are never finalised on election night and what Trump seemingly desires has the potential to disenfranchise his own supporters.

“In America, we count the votes to determine who wins an election. Despite the incorrect assertions from President Trump and Justice Kavanaugh, election officials across the country accept ballots well after Election Day every year, and results are not certified until the votes are counted and a canvas to confirm the results is conducted. Absentee ballots counted after election day do not ‘flip the results of an election,’ as Justice Kavanaugh claimed. They are the results of the election,” the statement said.

“These are not new rules and they do not serve any political party. It is on all of us to reject misinformation and to tell the truth,” the senators added.

Trump: "Hopefully the few states remaining that want to take a lot of time after November 3rd to count ballots, that won't be allowed by the various courts." pic.twitter.com/ckryTBuX0j

There are laws in every state that grant local officials days or even weeks â€” deadlines vary from state to state â€” to canvass and certify election results. States technically have until December 8, which is known as the “safe harbour” deadline, to fully certify results.

Due to the COVID-19 pandemic, an unprecedented number of Americans are voting by mail this year. It’s estimated that roughly 60% of voters, or approximately 70 million people, are voting by mail in the 2020 election, per NBC News.

Mail ballots take longer to process and count than in-person votes. Additionally, most states allow absentee ballots â€” including those from voters overseas and in the military â€” to arrive after Election Day and be counted. Twenty-two states and Washington, DC, count all ballots postmarked before or by November 3.

As Insider recently reported, election experts and officials are also expecting an increase in the rates of provisional ballots this year as they’re issued to voters who requested a mail-in ballot but went to the polls to vote in person. Provisional ballots, which are issued to in-person voters whose registration can’t be immediately verified at the polls, are also time-consuming for officials to count.

In the past, TV networks have been able to declare a winner on the day of the election based on available results, but even in those instances, full results were not in on election night. Voters should expect a significantly longer wait-time for results in 2020 due to the unusual circumstances surrounding this election.

According to a New York Times report, only eight states expect to have at least 98% of unofficial results reported by midday on November 4.

Trump, who is trailing former Vice President Joe Biden in the national polls, has baselessly claimed for months that mail-in voting will lead to widespread voter fraud. The president has refused to commit to a peaceful transfer of power if he loses, and his campaign is expected to issue legal challenges in key states if results are close.