Trump says he wants the US open for business by Easter, but he can't force governors to reopen their states 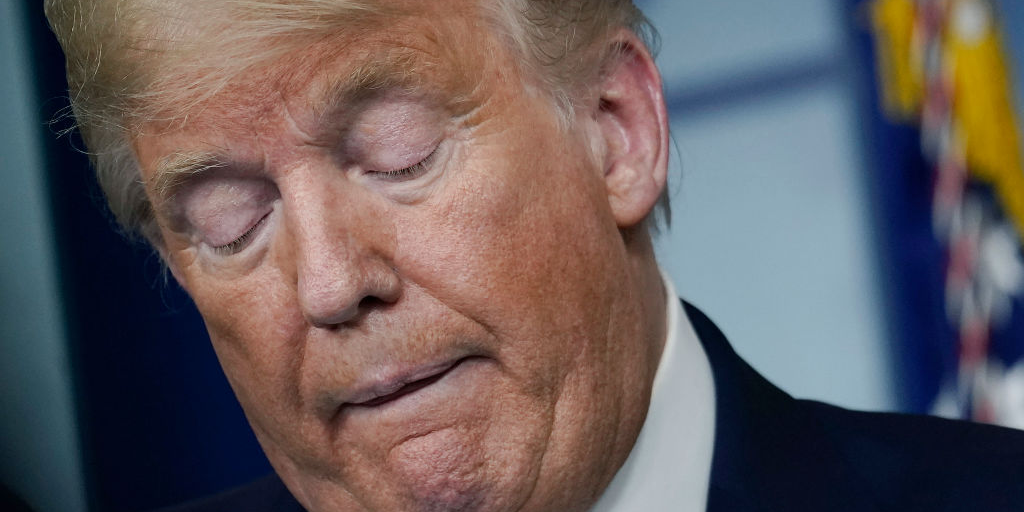 GettyPresident Donald Trump wants to ‘reopen’ the economy by Easter.

President Donald Trump is looking to “reopen” the American economy by Easter, but beyond the public-health effects of such a decision, the logistics of doing so would be complex, if not impossible.

The president’s pivot to calling for rollbacks of social distancing and businesses to reopen has left political observers perplexed over how such a goal could be achieved.

I don't understand what these Trump comments are even about. The lockdown measures are being imposed by states, counties, and cities. Is he going to sue them? Send mean tweets?

What action is being proposed here? Is he just announcing a reversion in his own rhetoric?

States and their governors have largely led the coronavirus response on the ground through stay-at-home orders and mandatory closures of nonessential businesses. States enjoy protections under the 10th Amendment, which gives them exclusive authority over powers not given to the federal government by the Constitution.

Trump has mostly avoided exercising executive power to combat COVID-19 – the disease caused by the novel coronavirus – leaning more heavily on public-private partnerships and saying that each state has different needs.

The approach has led to clashes between Trump and governors. New York Gov. Andrew Cuomo on Tuesday once again implored Trump to enforce the Defence Production Act, which would compel businesses to produce necessary medical supplies such as ventilators. Cuomo said New York would need at least 30,000 ventilators in the coming weeks.

Trump has emphasised jump-starting the economy and hesitated to implement more stringent public-health measures. He continues to urge states to ease up on restrictions, but legal precedent is not on his side.

In the 1935 Schechter Poultry US Supreme Court case, the court rejected the government’s assertion that an economic emergency was enough to justify overriding state commerce regulations. The decision stymied a provision in the National Industrial Recovery Act during the Great Depression that sought to regulate price-fixing in chicken sales, earning the nickname “the sick chicken case.”

Court challenges remain one of the few ways the president could combat state orders, and the Schechter case would likely be a key point in Trump’s challenge to state laws and become top of mind for judges.

If he opted not to engage in multiple court battles with states, Trump would be left with only the bully pulpit as his most effective tool for getting Americans to emerge from self-quarantines and stop social distancing. Over the past several days, he has increasingly used his daily press conferences to promote such an agenda.

Until a more sturdy legal framework or executive order is fleshed out, those will remain the president’s only jumper cables to fire up the economy heading into the election on November 3.