Trump falsely claims 'I won!' in response to a tweet from Georgia's governor 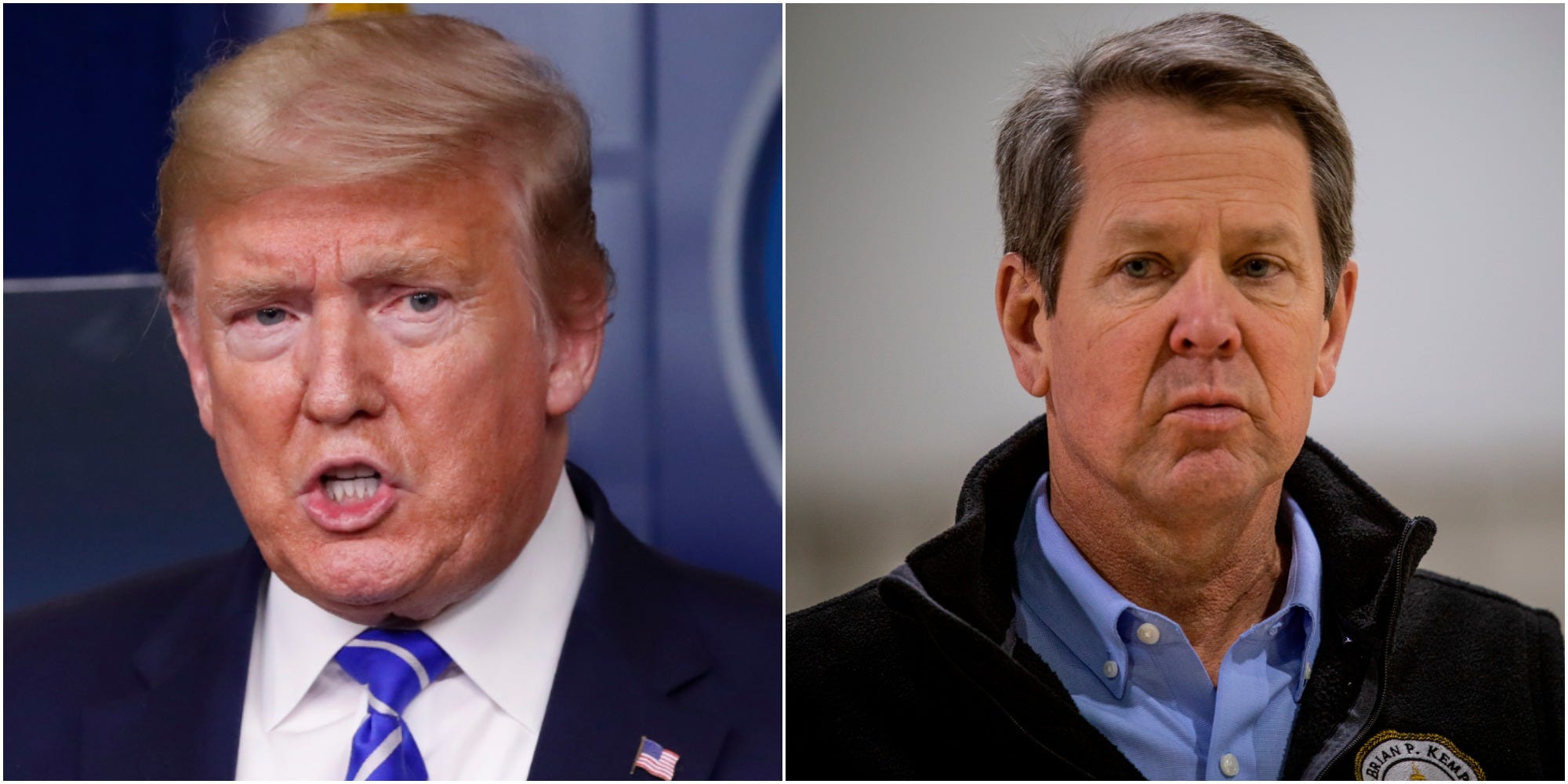 President Donald Trump again falsely claimed he “won” the 2020 election in response to a tweet from Georgia Gov. Brian Kemp saying the state would count “ONLY legally cast ballots.” It’s unclear if Trump was falsely declaring victory in the general election or just the state of Georgia.

President-elect Joe Biden is currently leading in Georgia and was projected as the winner of the presidential election on Friday morning by Decision Desk HQ and Insider, and on Saturday morning by other major news networks.

Kemp wrote in a tweet on Monday that the state’s election results will “include legally cast â€” and ONLY legally cast ballots.”

Trump sharedKemp’s tweet, saying it was “good news,” adding, “it means I won!”

Last week, the president erroneously claimed victory amid the nail-biting election, as states continued to count ballots and before news outlets began to project Biden’s victory.

Trump has so far refused to concede the election, and his campaign has filed lawsuits in multiple states. Trump also said he’d go to the Supreme Court, though it’s not clear why or what legal basis there is for the action.

“This is a major fraud on our nation,” the president added, with no evidence to support his assertion.

Trump suggested several times in the weeks leading up to the election that he would not accept the outcome, that the process was “rigged” against him, and that the increase in mail-in voting amid the COVID-19 pandemic would result in widespread voter fraud.

But nonpartisan experts and multiple studies have uncovered no evidence of widespread voter fraud, and millions of Americans vote by mail every year. Trump and many of his top staff and family members have voted by mail or tried to in recent years.

Trump also refused to commit to a peaceful transfer of power, saying in September, “Well, we’ll have to see what happens. Get rid of the ballots and we’ll have a very peaceful â€” there won’t be a transfer, frankly, there’ll be a continuation.”

The president has also said that the results of the election should be decided on election night itself, despite the fact that results are never finalised that way. It’s a normal part of the electoral process for ballots to be counted days or even weeks after voters go to the polls.