Trump expects a COVID-19 vaccine to arrive this fall, according to a new report — an optimistic timeline that many doubt will come true 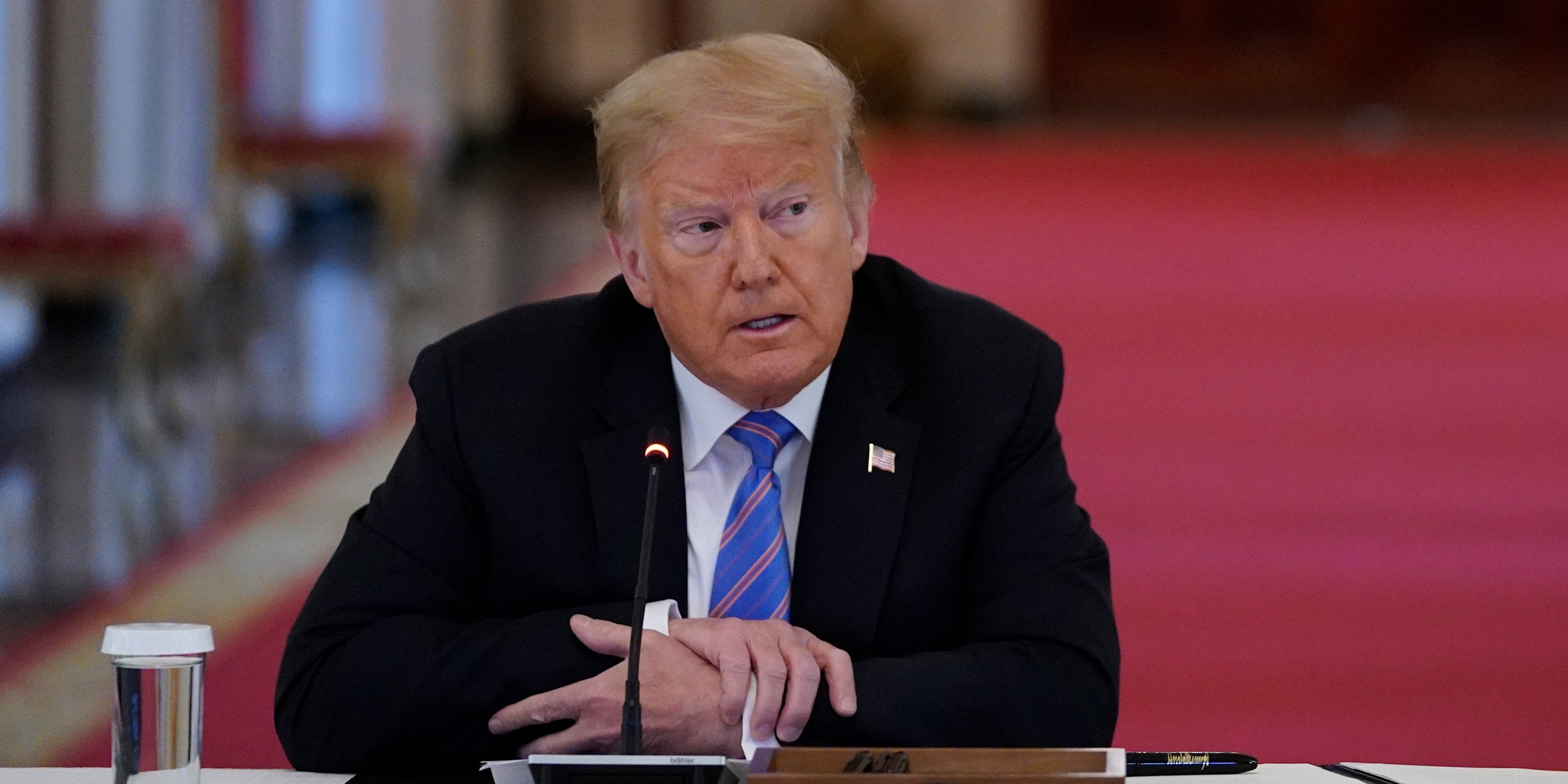 Associated PressPresident Donald Trump in the East Room of the White House on June 26 in Washington, DC.

President Donald Trump has told advisers he thinks a vaccine for the novel coronavirus will arrive this fall, a timeline that appears to be much faster than what many experts say is possible.

A report Tuesday from Politico’s Nancy Cook and Gabby Orr said Trump had told both his advisers and his allies of that timeline.

Vaccine makers around the world are attempting to create a vaccine against COVID-19 at an unprecedented pace.

They hope that, once administered widely enough, it will allow life in much of the world to return to normal.

It is not clear what stage of vaccine production Trump means by “arrive,” but fall 2020 is optimistic for even the more preliminary steps along the road to having a workable vaccine.

Almost nobody expects that a vaccine can be in general circulation, protecting ordinary people, by fall.

If Trump is referring to the vaccine being administered to the public, then he is ahead of his own government’s $US10 billion “Operation Warp Speed” project.

That aims to deliver 300 million vaccine doses by January.

Dr. Anthony Fauci, the US government’s top infectious-disease expert, said in May that it was a “bridge too far” to think a vaccine would ready before college classes are scheduled to start in the fall.

In a later timeline he explained in front of Congress, Fauci said a vaccine could be ready to give to the American public by the end of this year or the beginning of 2021.

Other experts are far more pessimistic.

Many, including France’s research minister and the Yale public-health professor Jason Swartz, have previously said it could be fall 2021 before a vaccine is available.

Other experts have said even the 2021 timeline is ambitious.

Dr. Paul Offit, who helped invent the rotavirus vaccine, told CNN in April that this timeline was “ridiculously optimistic.”

And Peter Hotez, the dean of Baylor University’s National School of Tropical Medicine, then told National Geographic that it “would be absolutely unprecedented.”

David Ridley, a health economist at Duke University, told the Associated Press in June that even if doses were ready to go in the US by the end of 2020, “only some high-risk people, such as essential workers, go to the front of a very long line.”

“Will you and I get vaccinated this year?” he asked. “No way.”

Before they can be administered to the public, vaccines have to go through multiple stages including development, clinical trials, regulatory approval, production, and distribution.

Experts warn that even the steps that seem comparatively simple could present big roadblocks. The US is spending hundreds of millions of dollars to address a shortage of glass vials that could snarl up the supply chain, for example.

Manufacturers are following speedy timelines: The American biotech Moderna plans to give 30,000 people a small dose in a phase-three trial in July, while France’s Sanofi is speeding up development that could see a vaccine get regulatory approval in the first half of next year.

Manufacturers like Moderna are also ramping up production to start making millions of vaccine doses to get them ready for distribution the hopes that they are approved.

But it is also possible that an effective vaccine may never come: There is still no vaccine for viruses that have long plagued humans, like HIV and Hepatitis C.

And, as Vox reported, it is not yet clear how long immunity from a vaccine would last.