The Fed warned of 'tragic' consequences if the US didn't do more to support its economic recovery. Hours later, Trump killed talks about more stimulus. 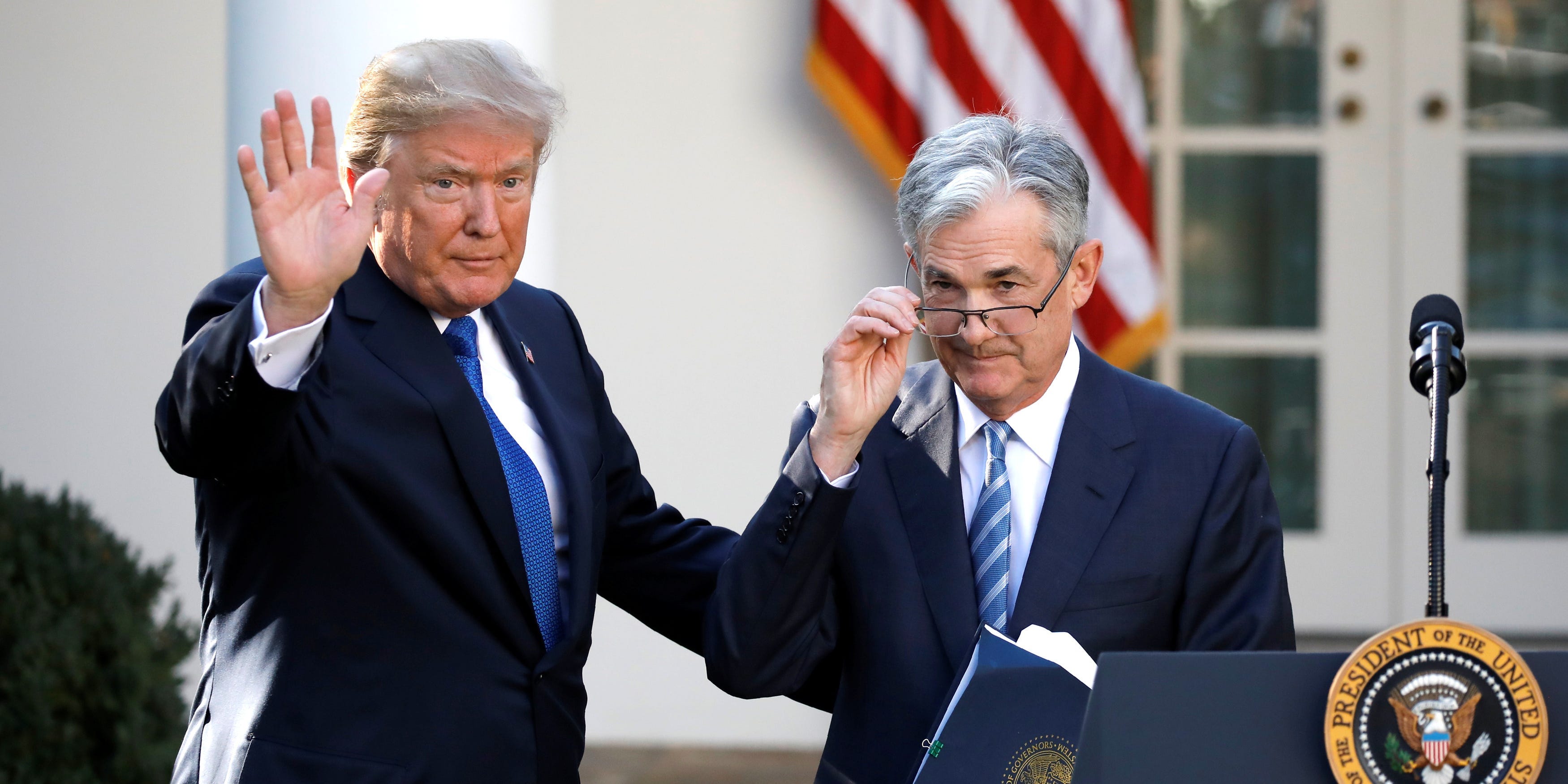 The plea seemed to go unheard, as President Donald Trump said hours later that he was abruptly putting stimulus negotiations on ice. Revived hopes for a new bill were dashed, and investors dumped stocks in preparation for prolonged economic pain.

Experts fear that the absence of a new bill will hinder the US’s economic recovery. With Democrats and Republicans still far from a compromise, Trump’s decision means the nation must push forward without crucial government support.

The day began simply enough. Powell gave a keynote address at the National Association of Business Economics’ annual meeting, and most expected the chair to play his cards characteristically close to his chest.

But Powell took a step further in calling for additional fiscal aid.

The risks of using additional stimulus “are still asymmetric,” he said. Too little fiscal support would yield a “weak recovery” rife with unnecessary layoffs, bankruptcies, and slowed growth. The risks associated with overspending “seem, for now, to be smaller,” he said, adding that any extraneous funds wouldn’t go to waste.

Failing to keep the economic recovery on track would also reverse years of progress and exacerbate inequities in the US economy, Powell said.


Read more:
‘Absolutely incomprehensible’: A $US2 billion hedge fund chief explains why investors may soon have to grapple with an across-the-board wipeout â€” and says a Great Depression-like meltdown isn’t out of the question

“That would be tragic, especially in light of our country’s progress on these issues in the years leading up to the pandemic,” he added.

And four days ago, Trump himself called for a new spending package. During his brief stay at Walter Reed medical centre, the president tweeted that the nation “NEEDS STIMULUS” and that Congress should “WORK TOGETHER AND GET IT DONE.”

But in an about-face unexpected by economists, investors, and policymakers, Trump said in a tweet at 2:48 p.m. ET that he told his representatives “to stop negotiating until after the election when, immediately after I win, we will pass a major Stimulus Bill.”

Days of negotiations between Mnuchin and House Speaker Nancy Pelosi were rendered useless, and the $US2.2 trillion proposal that House Democrats recently passed was stopped in its tracks.

It wasn’t the first time Powell and Trump had failed to see eye to eye. The president has repeatedly criticised the central bank and accused its policymakers of undermining his own economic policies. Each time, the Fed held its ground and refrained from hitting back, preserving its role as an independent entity.

But on Tuesday, a wide range of experts denounced Trump’s decision. With millions of Americans still unemployed and a larger share of job losses turning permanent, many households are likely to suffer significantly from the cancelled negotiations, experts said.


Read more:
‘We are going to see some big shifts in the coming 3 to 6 months’: Investing pioneer Rob Arnott sounds the alarm on ‘quite a few bubbles’ in the market, including the tech boom â€” and tells us where he is finding bargains now

“This is incredibly cruel and also just terrible economics,” said Heidi Shierholz, the director of policy at the Economic Policy Institute.

Many Americans living through the pandemic without work relied on bolstered unemployment benefits for necessary purchases. But the expansion dried up, leaving jobless people to stretch their dollars even further.

“It will mean more people dropping into poverty and people making terrible choices between rent, medicine, and food on the table,” Shierholz added.

In terms of the broader recovery, leaving the economy to recover without congressional support is like “letting the forest fire just rage,” Neel Kashkari, the president of the Federal Reserve Bank of Minneapolis, said on CNBC on Wednesday.

“Eventually it will burn itself out, and meanwhile all the animals are dead,” he said. “I mean, there are enormous consequences if we just let things go, and the downturn will end up being much, much worse.”

The billionaire investor Bill Ackman joined in on the criticism late Tuesday. The hedge-fund manager called on Pelosi and Trump to enact Mnuchin’s $US1.6 trillion counteroffer as a partial buffer and reconsider additional spending after the election. Doing so would help Americans in need and give both sides a bill they can stomach, he said in a tweet.

Some promise remains for near-term aid. Trump tweeted on Tuesday night that Congress should approve $US25 billion in emergency funding for airlines and $US135 billion for the exhausted Paycheck Protection Program. That could help airlines avoid tens of thousands of layoffs and help keep small businesses afloat through the long economic rebound.

The president later backed another round of $US1,200 direct payments to Americans, saying he would be “ready to sign right now” if a standalone bill were to reach his desk.

Democrats’ $US2.2 trillion proposal included airline aid, Paycheck Protection Program funding, and another round of stimulus checks. With the election looming and indicators pointing to a slowed economic recovery, some elements of the killed-off stimulus bill may still reach struggling Americans.