Trump rolled back fuel-economy standards in the US this week to make vehicles 'substantially safer,' but his claims about car safety don't mesh with reality This week, the Trump administration finally announced its rollback of Obama-era fuel-economy regulations from 2012, which aimed to require automakers to up the average fuel economy in their fleets to 54.5 mpg within the next few years.

It’s a push years in the making by the Trump administration, which came to be during a global pandemic – and which President Donald Trump lauded as a great move.

“My proposal to the politically correct Automobile Companies would lower the average price of a car to consumers by more than $US3500, while at the same time making the cars substantially safer,” Trump tweeted. “Engines would run smoother. Positive impact on the environment! Foolish executives!”

Trump tweeted almost identical text in August 2019 after multiple automakers said they didn’t support his rollback, with two changes: The post had $US3,000 as its figure, and instead of calling it a “positive impact,” Trump said: “Very little impact on the environment!”

The US Environmental Protection Agency and National Highway Traffic Safety Administration announced the final ruling on the loosened regulations, dubbed the “Safer Affordable Fuel-Efficient Vehicles Rule.” The new rules call for stricter emissions standards by 1.5% each year through the 2026 model year, compared to the 2012 requirement that tightened standards by about 5% each year.

The 2012 standards were seen as a major step in fighting climate change, even if tightening emissions regulations worldwide have caused some automakers to cheat the system. But Trump’s goals to roll back standards have been in the works for years, and early plan iterations proposed freezing standards entirely.

California, which has long had the power to set its own standards, has fought the administration’s decision to roll back such a major climate-change policy. In February, an analysis of the Safer Affordable Fuel-Efficient Vehicles Rule published by the EPA’s Science Advisory Board said there were “significant weaknesses in the scientific analysis of the proposed rule.”

Yet Trump continues to claim that his rollback will be good for car safety and consumers, and for the environment. Here’s how those claims compare to reality. IIHSThe 2019 Audi e-Tron during the moderate-overlap frontal crash test. The e-Tron, which is electric, got IIHS’ top safety award in 2019.

Since the stricter Obama-era standards became final, crash tests have become more difficult and passenger vehicles have improved as a result. Those improvements have been substantial, even as automakers worked to comply with the stricter regulations.

When the old efficiency standards came around in 2012, so did a new set of crash standards. The Insurance Institute for Highway Safety, the organisation that decides those annual “Top Safety Picks” you hear about, introduced a new crash test: the small front overlap on the driver’s side.

The results weren’t good, because automakers hadn’t been held accountable for that kind of crash test yet – thus, many hadn’t been focusing on safety elements related to it.

What followed was expected: Automakers updated their safety for the test, as to not have poor safety ratings that are publicly accessible to their potential customers. That can be seen in IIHS aftermath photos, such as the ones for the Audi A4. The 2012 model shows a dashboard scrunched in on the dummy driver, hitting its legs and moving its arms out of place.

By the 2017 model year, after the A4 was completely redesigned, it had a far stronger barrier between the driver and the impact point, leaving the dummy’s legs and arms with room to move. Those improvements occurred even amid tightened efficiency regulations.

IIHSThe 2015 Toyota RAV4 on the driver’s side (left), versus on the passenger side (right).

That’s now changing, too, even if automakers can often be more reactive than proactive when it comes to new crash and safety tests.

Still, those reactions have been able to occur since 2012, because stricter fuel-economy regulations haven’t led to a pullback on safety improvements. Neither has the introduction of greener power. 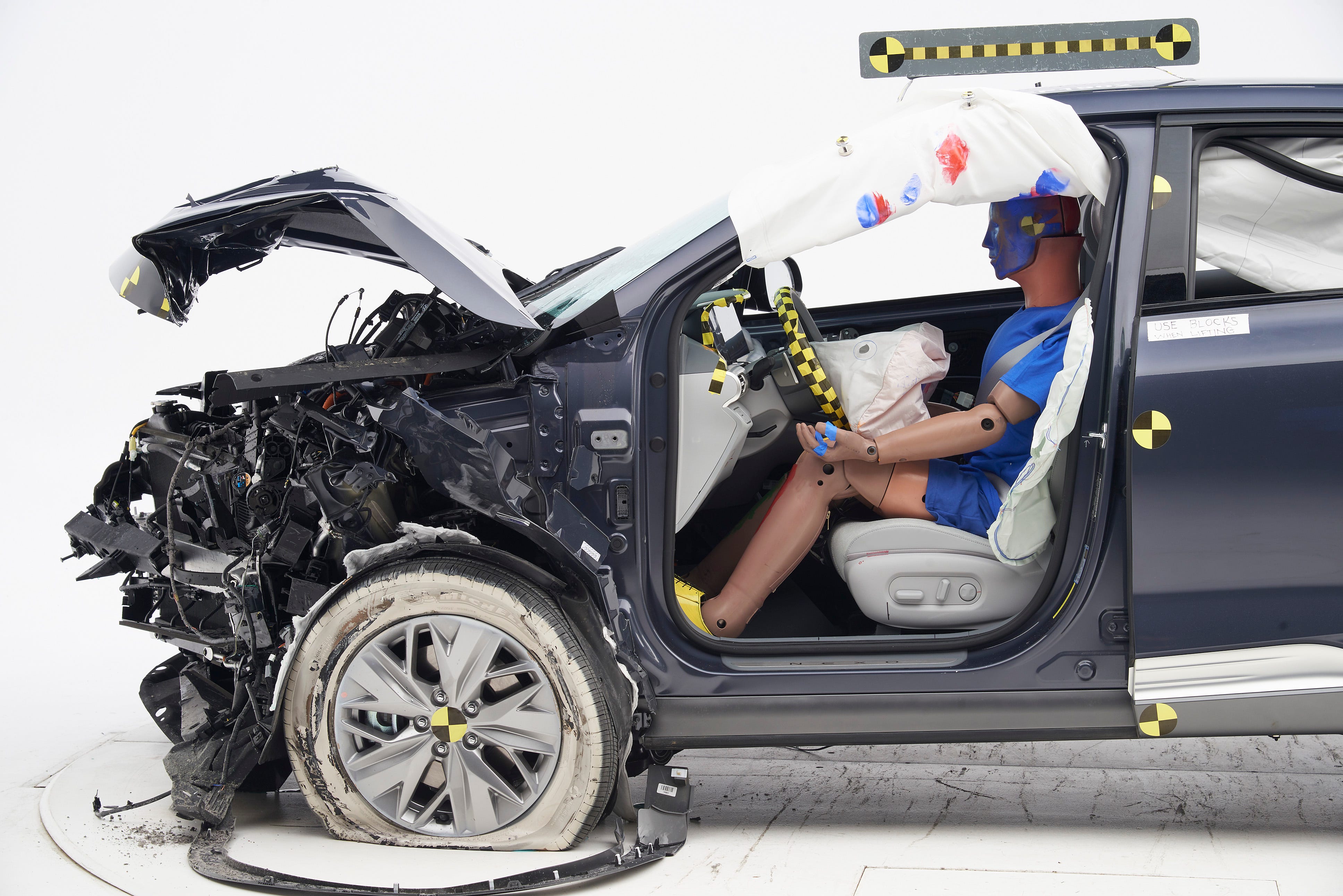 IIHSThe 2019 Hyundai Nexo after the moderate-overlap frontal test, in which the Nexo got IIHS’ top rating.

Last year, CNN reporter Daniel Dale quotedTrump as saying that cars “have so much junk on them now to save a tiny little fraction of gasoline,” while calling himself an “environmentalist.” Trump went on to say that fuel-efficient cars are made out of “papier-mâché,” and that heavier is better when it comes to crashes.

“When somebody hits me, I want to be in as close to an army tank as possible,” Trump said.

Size is a factor in crashes, and that’s why the IIHS recommends bigger used cars for young drivers. That’s how collisions work, and the results of crash tests in the lab are determined by the weight of the vehicle being crashed – thus, IIHS said in a 2018 release, those who go for smaller vehicles “are choosing a lower level of protection” even if that car is an award winner. 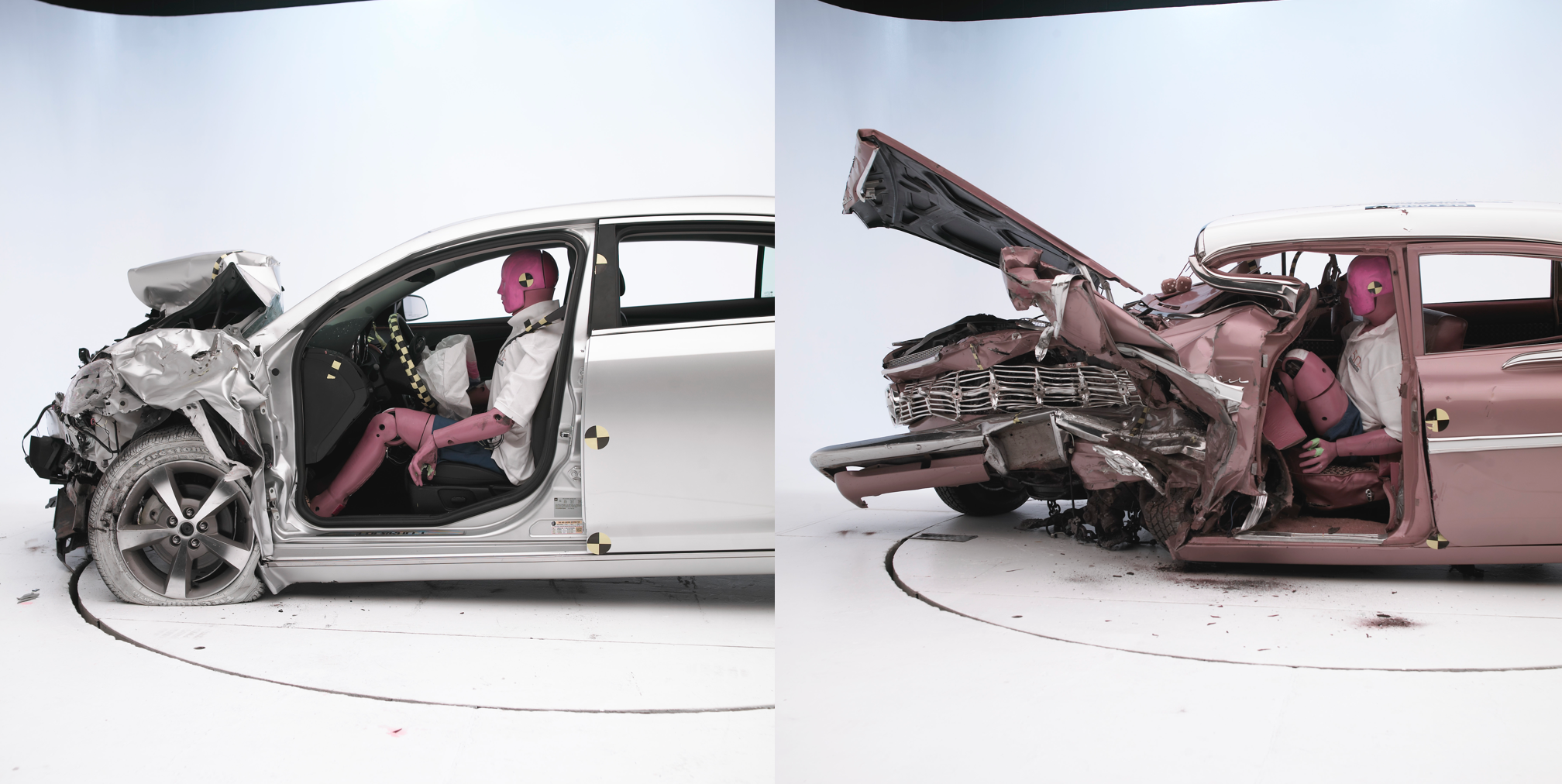 But being a certain weight doesn’t guarantee protection in every situation, as shown by the IIHS’ famous, decade-old video of a 1959 Chevy Bel Air and a 2009 Chevy Malibu hitting each other head on. Both weighed in the 3,500-pound range, and the Malibu held up well by 2009 standards, while the Bel Air folded in on itself – not because of weight, but because of 50 years of safety improvements.

Many smaller cars are award winners, too. Four models in the IIHS’ “small cars” category currently have Top Safety Pick Plus badges, while 14 others got its Top Safety Pick award.

Scroll down to the “large pickups” category, though, and not a single truck got either award. The same goes for the five minivans on file with the IIHS for the 2020 model year. 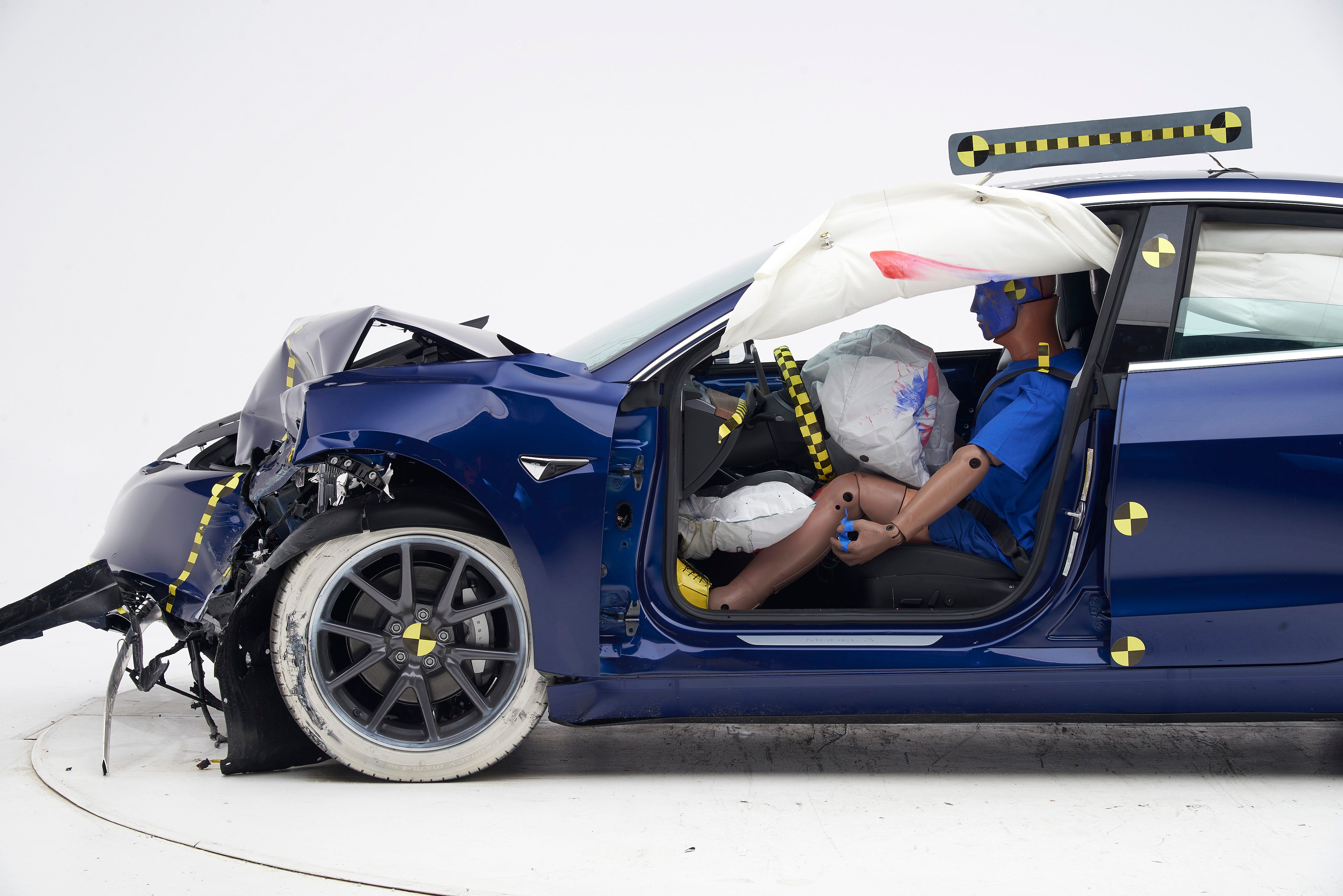 Fuel-efficient cars also aren’t “papier-mâché,” as shown by the crash tests themselves.

Two models that have no gasoline options – the hydrogen-powered Hyundai Nexo and the electric Tesla Model 3 – received the IIHS’ highest Top Safety Pick Plus honour, which only 23 different models had earned when the IIHS announced winners earlier this year. The Subaru Crosstrek Hybrid made the list as well.

CLAIM 3: Lowering the price of cars for the average consumer 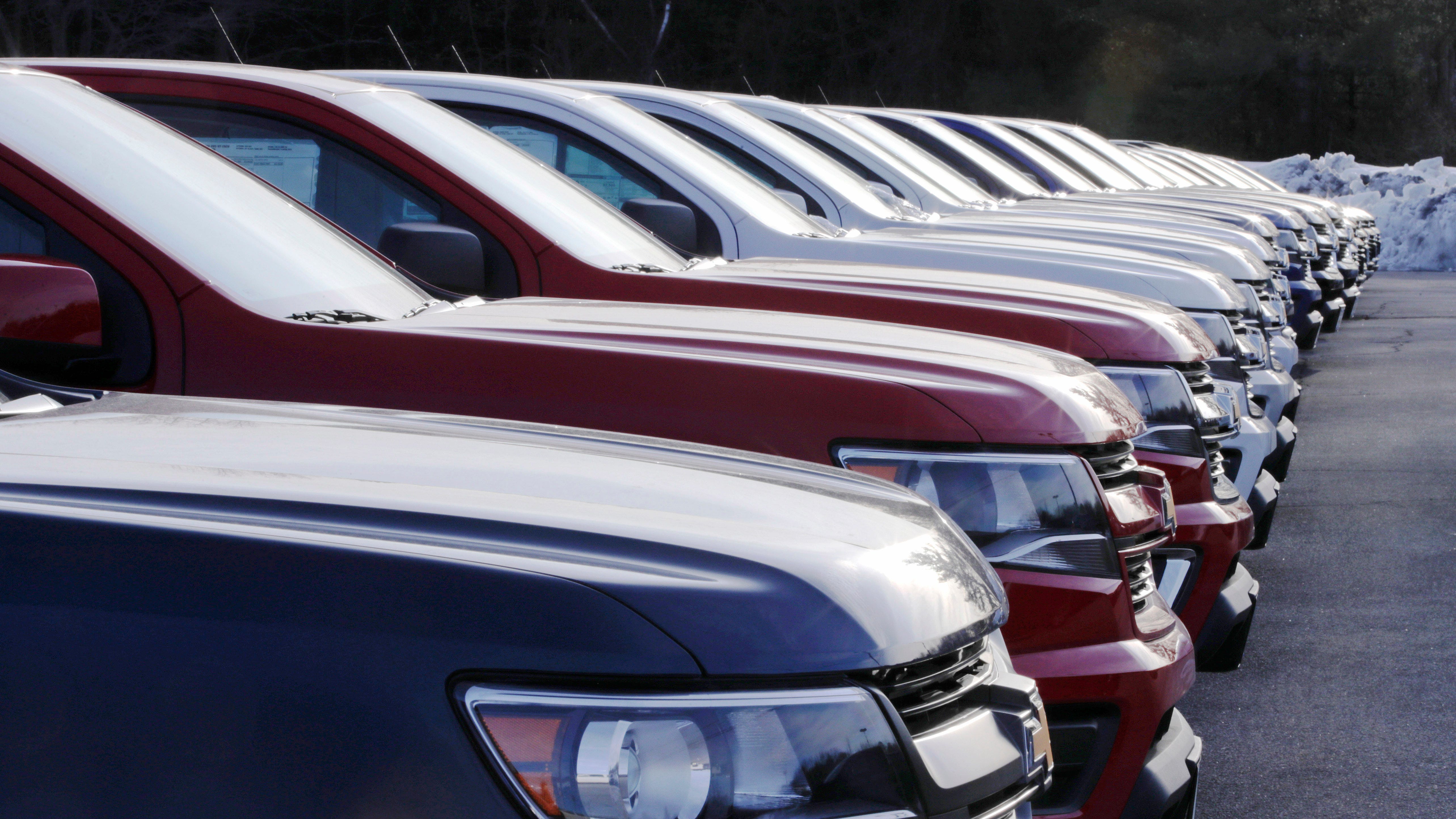 AP Photo/Charles KrupaPickup trucks are lined up for sale at Betley Chevrolet in Derry, New Hampshire.

Trump has said his proposal to the “politically correct automobile companies” would “lower the average price of a car to consumers by more than $US3,500,” which the EPA celebrated in its announcement as “making newer, safer, cleaner vehicles more accessible for Americans who are, on average, driving 12-year-old cars.”

“By making newer, safer, and cleaner vehicles more accessible for American families, more lives will be saved and more jobs will be created,” the announcement said.

But an IHS Markit study in 2019 found that Americans are driving 12-year-old cars not necessarily because the price of a new one is $US3,500 higher than they’d like, but because those more modern vehicles hold up longer than vehicles did in the past. Longer loan periods are also a factor, leading owners to maintain their cars for years and years just to pay them off.

And while newer vehicles are, on average, safer than older ones, purchase price isn’t the only factor when it comes to car ownership – the cost of actually owning the car matters, too. That includes monthly payments, insurance, maintenance, and fuel, among other things. 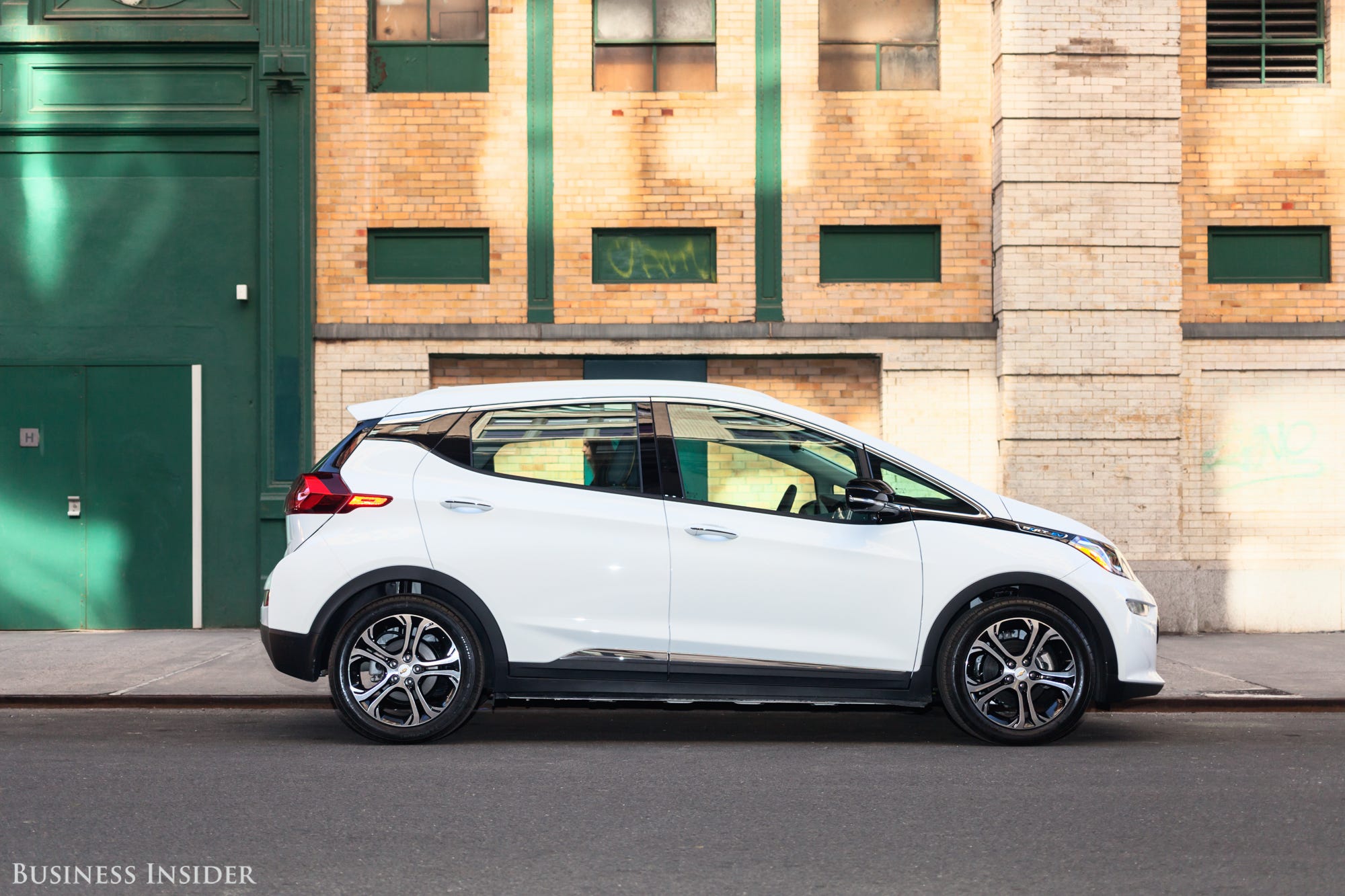 A 2018 University of Michigan study found the average annual cost of driving a new gasoline vehicle in the US to be $US1,117, compared to $US485 for an EV. There’s a cost difference between more versus less efficient gasoline cars, too, but far less so.

Lowering the price of a new car doesn’t automatically open the doors of late-2010s auto safety for everyone, either – the doors are already open by those standards, courtesy of depreciation.

The Hyundai Ioniq Hybrid, for example, got the IIHS’ top rating in every crashworthiness category for the 2017 model year, including the passenger-side test that many automakers still struggle with. Low-mileage examples of that car can be found in the $US14,000 range, compared to a $US23,200 starting price for the 2020 model with the same crashworthiness ratings. 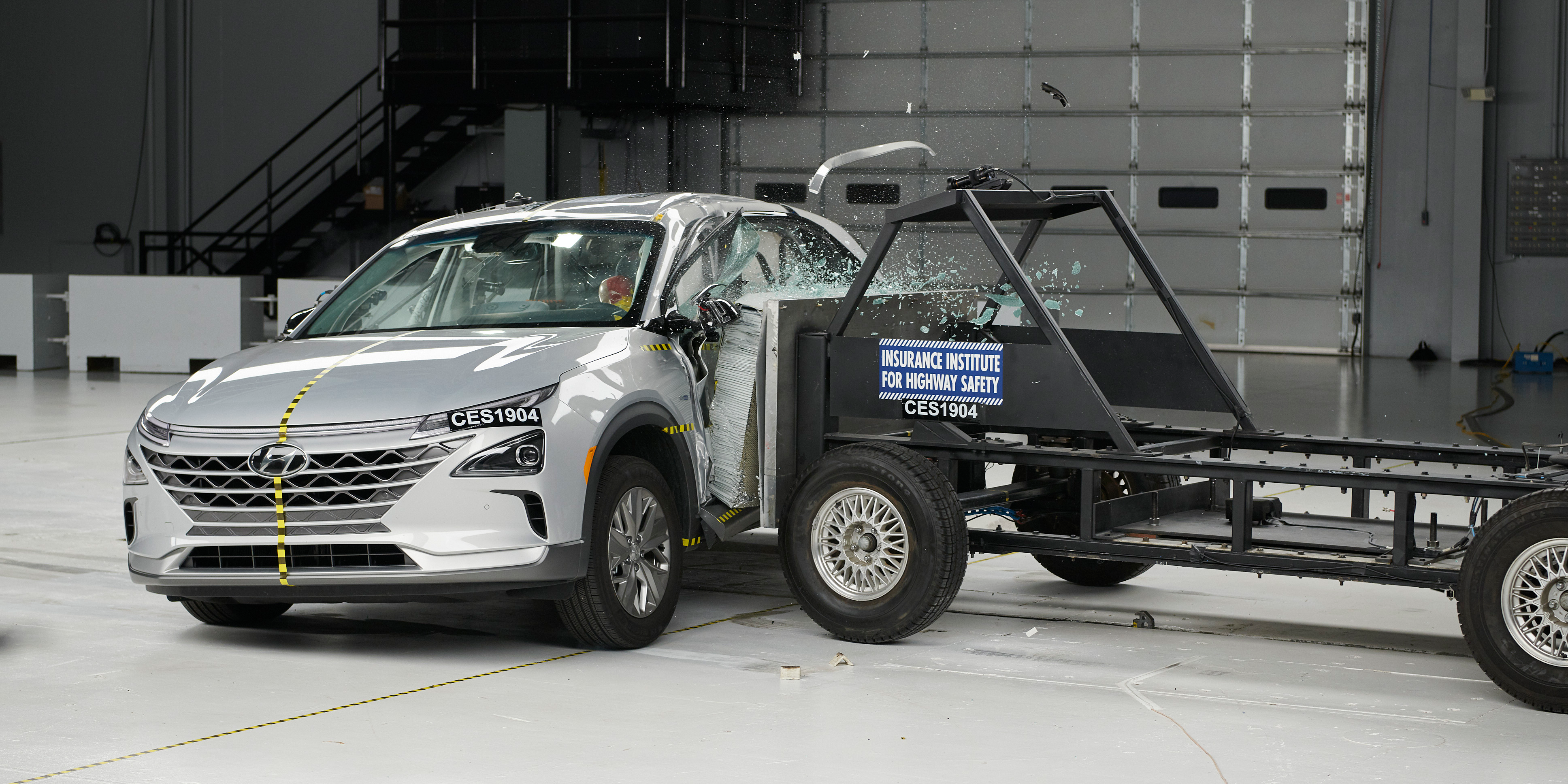 That’s because affordable safety isn’t hard to find if you’re looking for it, and choosing efficiency doesn’t require forgoing protection. Every vehicle purchase simply calls for a couple of quick searches for safety ratings, which can reveal strengths and weaknesses in all kinds of cars – not just the ones spewing fewer fumes.