Trump's doctors say the president is getting better. But they also started him on a steroid usually reserved for patients with 'severe and critical COVID-19' 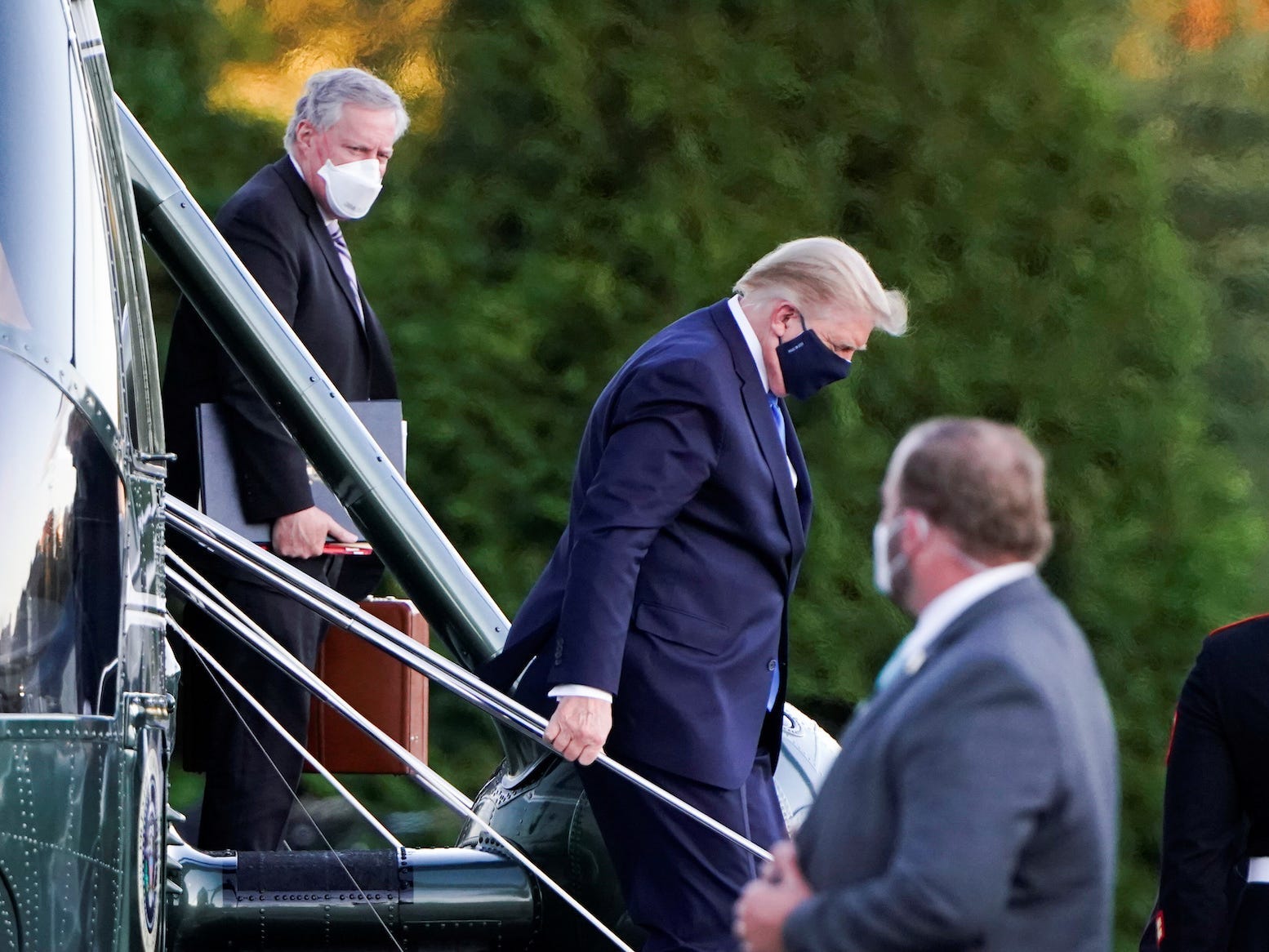 Joshua Roberts/ReutersPresident Donald Trump disembarks from the Marine One helicopter.

White House physicians told reporters that President Trump was feeling better on Sunday morning and that they hoped he could be discharged on Monday.

But Trump’s doctor, Sean Conley, also said that the president had been treated Saturday with dexamethasone, a corticosteroid that, according to the World Health Organisation, is only for patients with “severe and critical COVID-19.”

Research suggests dexamethasone reduces risk of death in such patients, who require supplemental oxygen and ventilators to breathe. But the benefits of such a steroid come at a cost: they blunt the immune system’s response, which means it takes longer for the body to clear the virus.

“You’re giving them to the sickest patients,” Galiatsatos told Business Insider. “And when I say they work well, it just keeps them from dying. It doesn’t mean it got them off the ventilator faster.”

While this latest addition to Trump’s treatment plan may seem counter to the “upbeat attitude” Conley said Trump and his team were trying to maintain, the president’s physician revealed startling new details about Trump’s condition on Sunday that could explain why steroids are on the table. 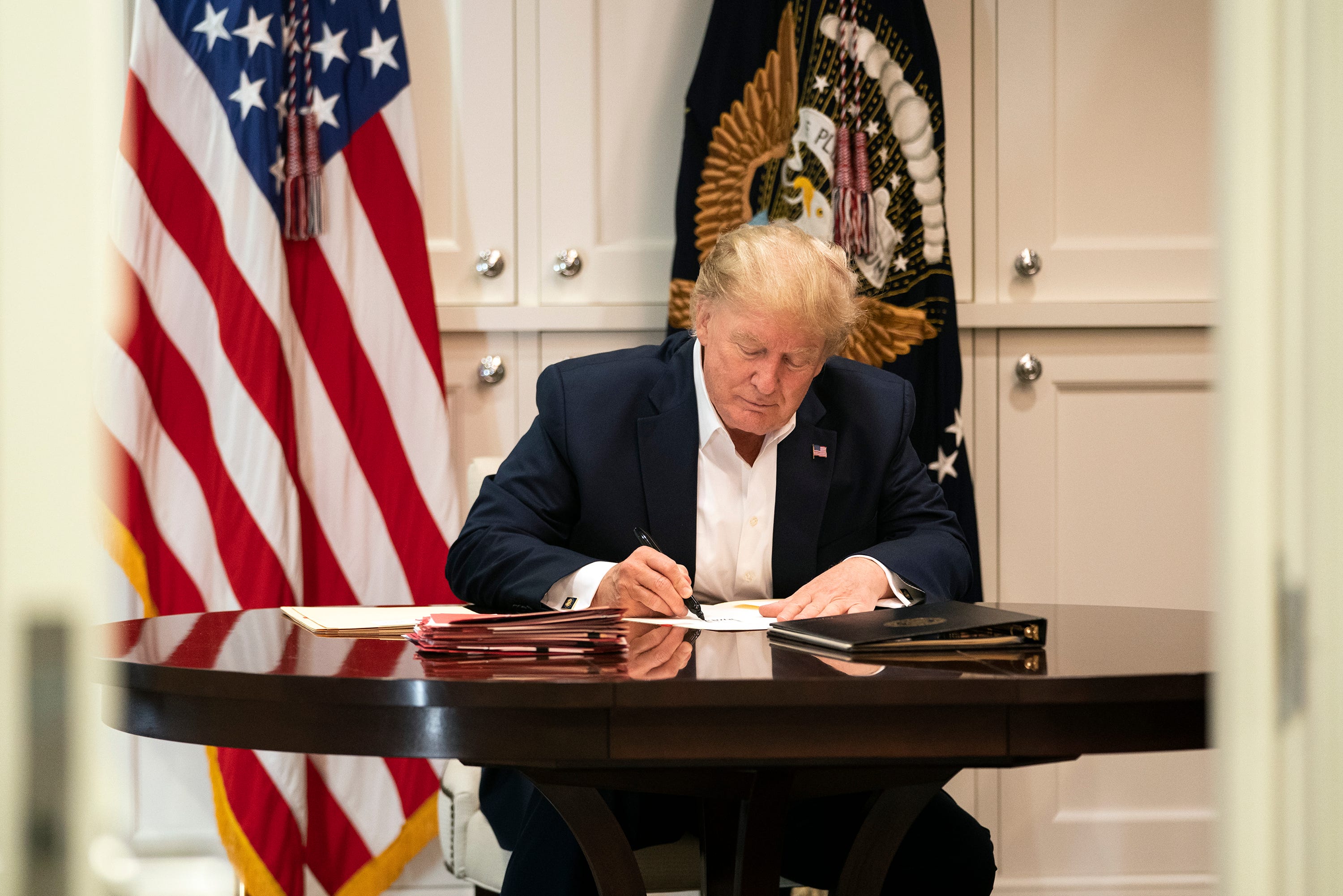 Trump needed supplemental oxygen at least once for an hour on Friday at the White House, and possibly again in the hospital Saturday.

Conley said Trump’s blood oxygen levels momentarily dipped below 94% on Friday, and then to 93% on Saturday. Blood-oxygen readings can help flag serious cases even before a person has developed severe symptoms like shortness of breath. They can also signal to patients when it’s time to go to the hospital, or to physicians when it’s time to consider certain treatments like dexamethasone.

“If [Trump is] telling me he’s much more short of breath where his work of breathing is bad and I’m looking at the pulse oximeter and his oxygen is low, I’m pulling the trigger for the steroid at that moment because I’m about to put him on a breathing machine,” Galiatsatos said of how he might approach the situation. 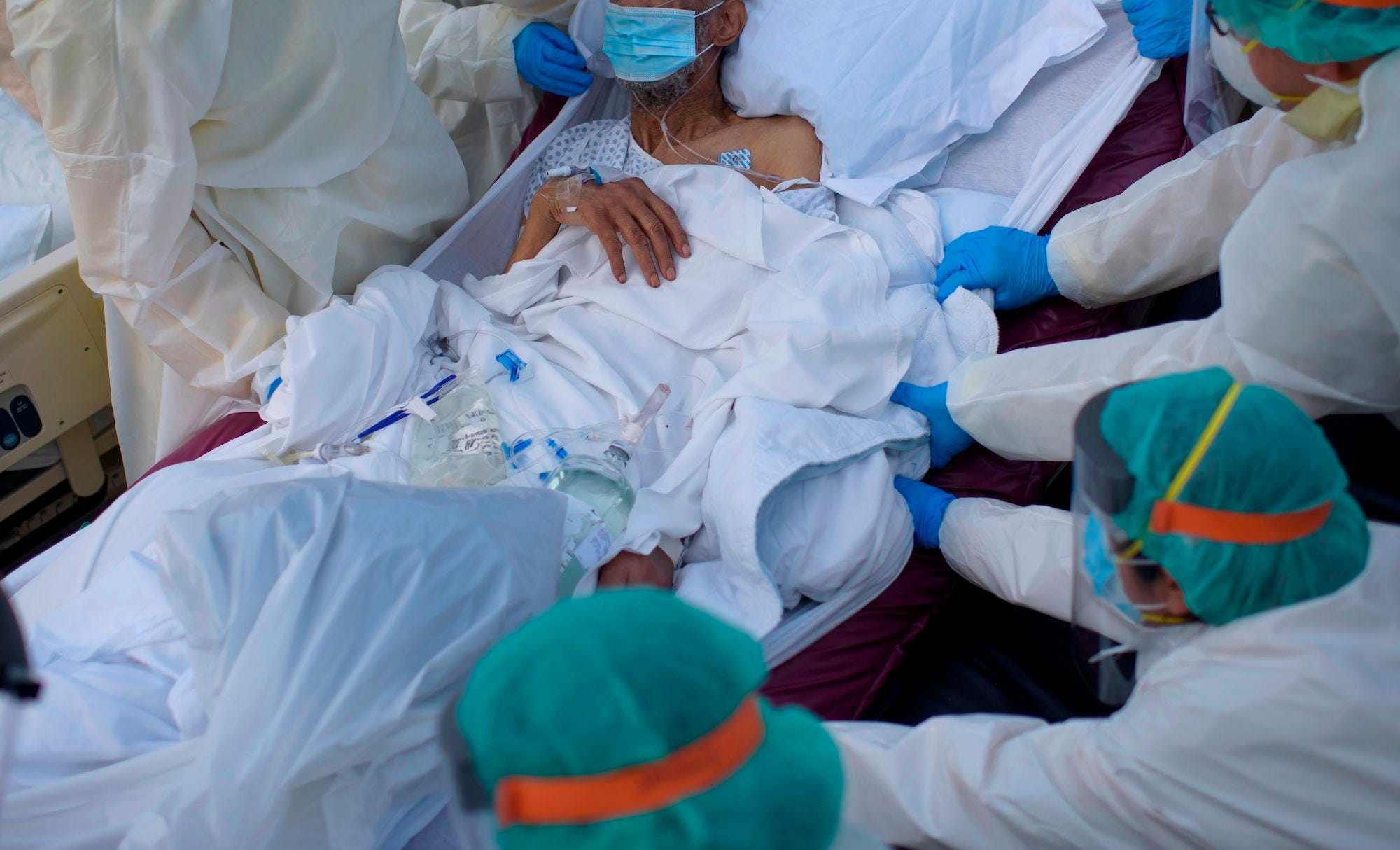 MARK FELIX/AFP via Getty ImagesHealthcare workers lift a patient from one bed to another as they move him into a less intensive unit from the Covid-19 Unit at United Memorial Medical Centre in Houston, Texas Thursday, July 2, 2020.

Indeed, the National Institutes of Health stipulated that a 10-day course of the steroid is only recommended for patients who need a ventilator or extra oxygen, and specifically recommended against dexamethasone as a treatment for patients that don’t need assistance breathing.

But according to Amesh Adalja, a senior scholar at the Johns Hopkins University Centre for Health Security, there’s nothing abnormal about the president’s treatment given what we know about his illness.

“Dexamethasone is what we use on anybody requiring supplemental oxygen,” Adalja told Business Insider, adding: “It’s standard even if it’s a transient need for oxygen.”

Steroids blunt the immune system’s response to the virus

The steroid isn’t the only drug Trump is getting.

Adalja said there’s nothing “particularly right or wrong” about Trump’s doctors prescribing him that Regeneron cocktail, just that there’s not enough evidence to show it’s effective yet. 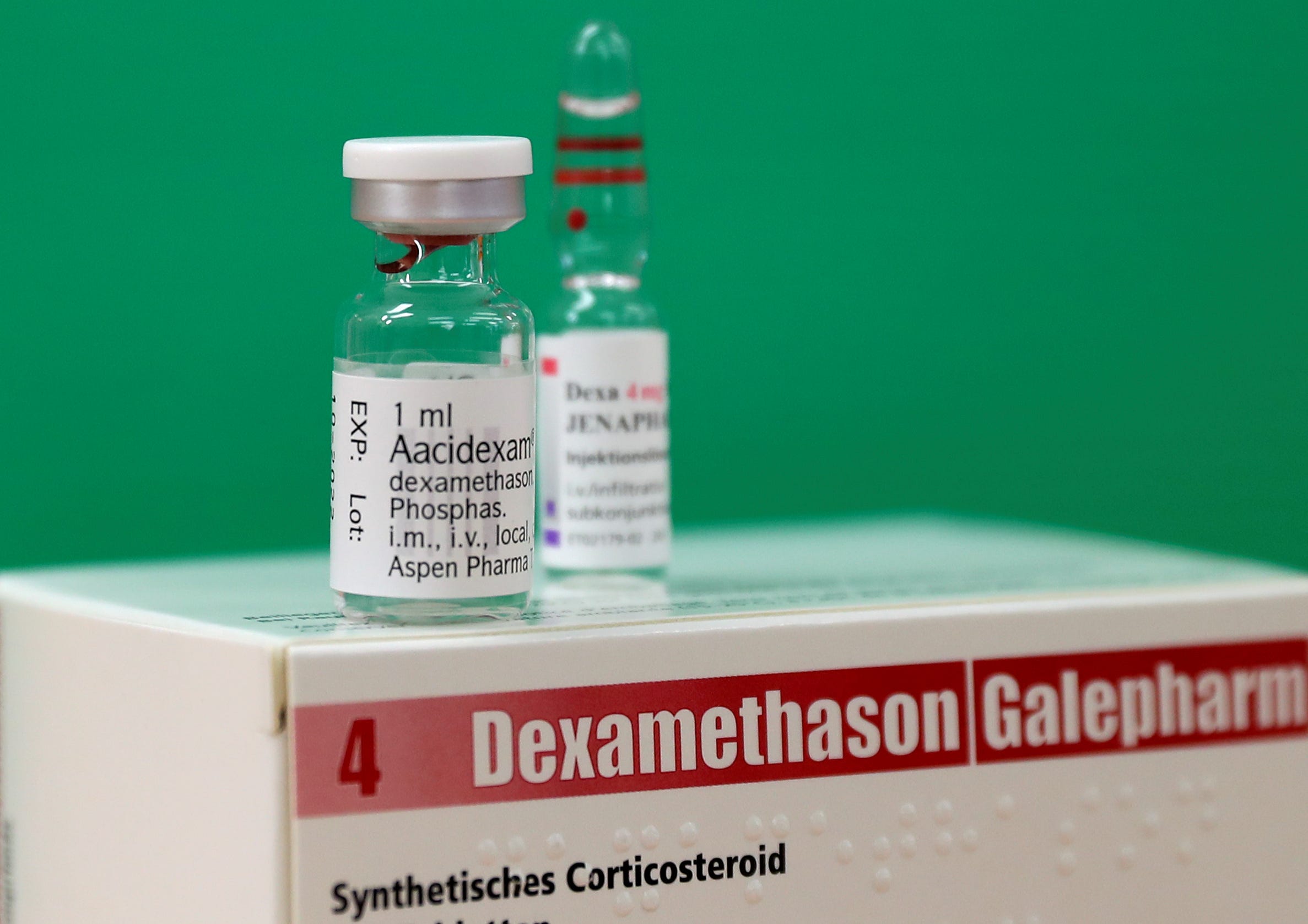 Yves Herman/ReutersAn ampule of Dexamethasone, a corticosteroid used as a treatment for COVID-19.

Throwing a steroid into the mix may suppress the benefits of that antibody cocktail, which tries to mimic the body’s natural immune system to fight off the virus. Steroids, in turn, are used to stop our immune system from reacting too aggressively. Sometimes, during the later stage of the COVID-19 illness, the immune system will start attacking the body instead of the virus, an event known as a “cytokine storm.”

“If he gets steroids, whatever that antibody was is gone now,” Galiatsatos said. “You’re trying to just stop that chaos of an immune response.”