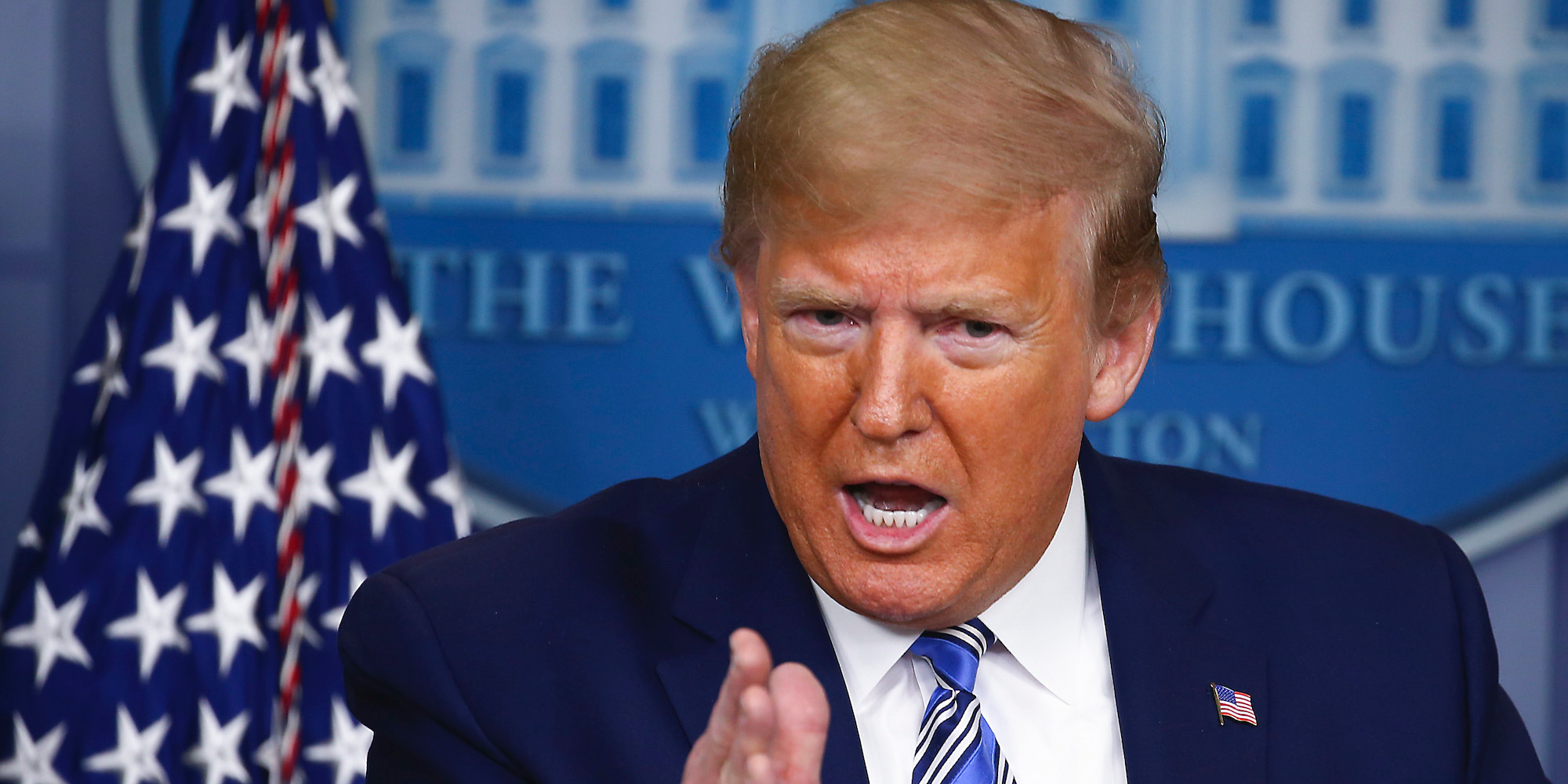 President Donald Trump is calling protesters who are rallying against coronavirus lockdowns and in some cases even threatening the lives of governors “good people.”

At a coronavirus briefing at the White House on Sunday, Trump was asked by a reporter whether he was inciting violence by calling on people to “liberate” states, including Michigan, Virginia and Kentucky, which are currently on coronavirus lockdown.

He said: “They have got cabin fever. They want their lives back.” He added: “No I am not [inciting violence]. I’ve never seen so many American flags. These people love our country. They want to get back to work.”

He was then asked if he had seen news reports about Nazi flags, and said: “I totally would say, no way. I’m sure the news plays that up. I’ve seen American flags, all over the place.”

One public death threat against Beshear was made on a forum on Facebook started by the Cincinnati Enquirer.

The person who made the comment later said it wasn’t a threat.

It’s not the first time Trump has sided with protesters who have been attending rallies and breaching lockdown protocols. According to CNN, last week when he was asked about protests in Michigan, instead of using his platform to tell people to stay home, he said: “Well, they have been going through this a long time, and it’s been a tough process for people … there’s death and there’s problems staying at home, too.”

Following that, on Friday the president tweeted: “LIBERATE VIRGINIA,” adding that the Second Amendment needed to be saved since it was under siege. He was referring to Virginia Gov. Ralph Northam’s crackdown on gun ownership. Trump also tweeted in support of anti-lockdown protests in Michigan and Minnesota.

After Trump’s “LIBERATE” tweets, NBC reported that far-right social media users were saying the president was showing his support for a call to arms.