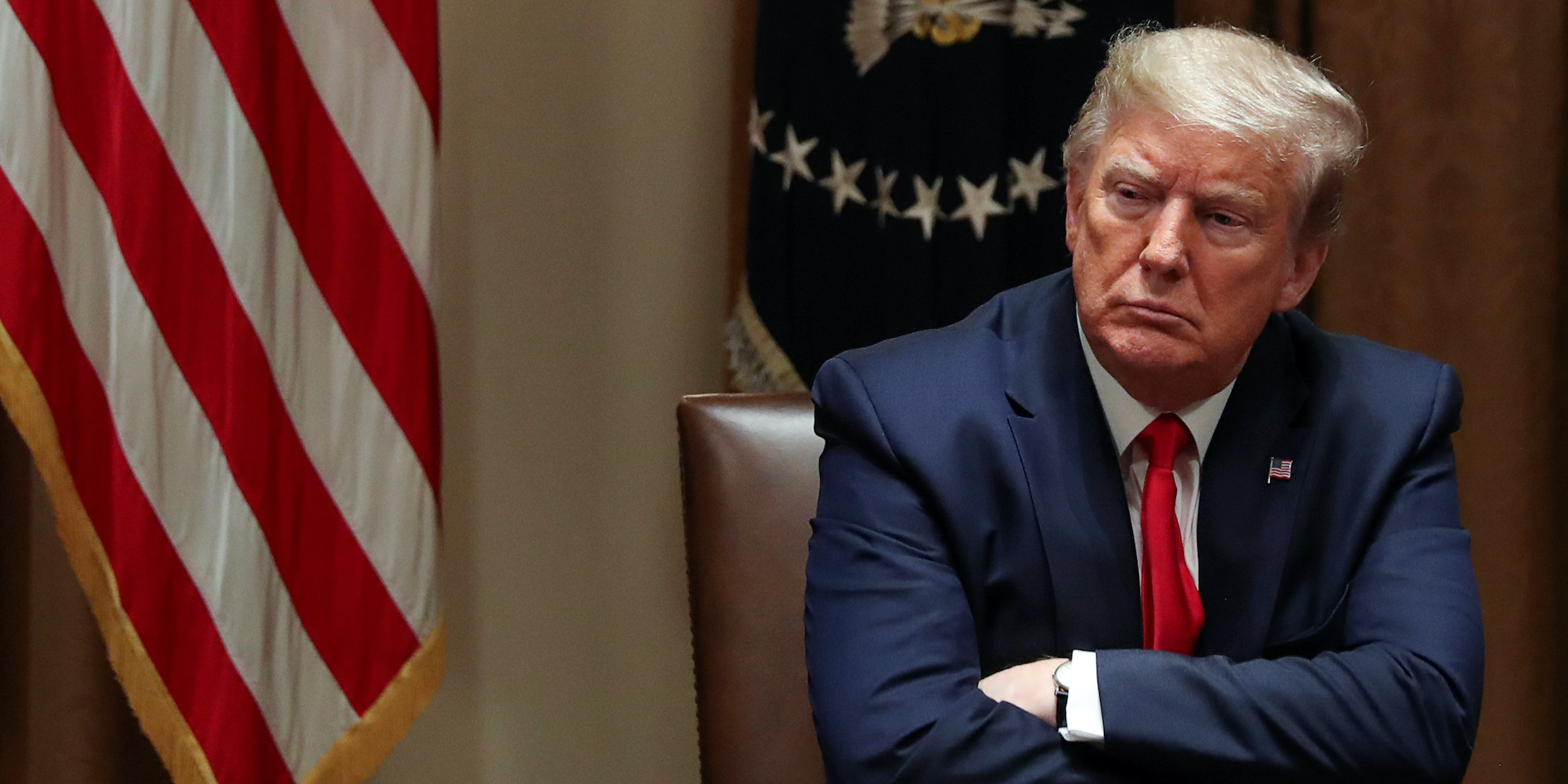 Leah Millis/ReutersPresident Donald Trump at a meeting with healthcare executives at the White House on Tuesday.

President Donald Trump’s plans to cut funding to the World Health Organisation amid the coronavirus pandemic could exacerbate the crisis and cost more American lives, former US officials who worked on public-health crises under Republican and Democratic administrations say.

WHO plays a crucial role in advising developing countries on medical issues and crises, and slashing its funds during this pandemic could translate to the virus spiraling out of control in such regions and allow its return to developed countries that have successfully contained it. The US contributes the most WHO funding of any country, providing roughly 15% of its budget.

“If we throw a punch at WHO, we’re just going to end up connecting with our own jaw here, because it will make it harder to stop the outbreak globally and that is bad for our own interests,” Jeremy Konyndyk, a senior fellow at the Centre for Global Development who oversaw the Obama administration’s response to the Ebola outbreak in West Africa as director for foreign disaster assistance at USAID, told Insider.

“As long as there’s a fire of this burning somewhere in the world, all of us are vulnerable to those sparks,” Konyndyk added. “And the WHO has a really, really crucial role in putting out those fires, and we should be enabling them to do that rather than starting fights with them.”

Trump on Tuesday justified the move by contending the WHO was too China-centric, accusing it of not taking enough care to vet information from the Chinese government in the early days of the coronavirus outbreak.

“With the outbreak of the COVID-19 pandemic, we have deep concerns about whether America’s generosity has been put to the best use possible,” Trump said at the daily White House coronavirus press briefing. “The reality is that the WHO failed to adequately obtain and share information in a timely and transparent fashion.”

President @realDonaldTrump is halting funding of the World Health Organization while a review is conducted to assess WHO's role in mismanaging the Coronavirus outbreak. pic.twitter.com/jTrEf4WWj0

COVID-19, the disease caused by the novel coronavirus, originated in Wuhan, China. The Chinese government has been broadly accused of suppressing information on the scale of the outbreak in its country and misleading the world on the nature of the virus. Trump and other critics have accused WHO of assisting China in these efforts, particularly in relation to a claim in mid-January that there was no known human-to-human transmission of the virus.

But former US officials have blamed WHO’s neutral mission and its structure for this.

Jack Chow, a US ambassador for global HIV/AIDS during the George W. Bush administration who also previously served as a WHO assistant director-general, told Insider the organisation had been weakened by underfunding for decades that had made it “subject to donor policies and preferences.”

“Its UN-based structure makes WHO’s own diplomacy ponderous and bureaucratic as UN political dynamics often wend their way into how WHO makes decisions,” Chow added. “As China holds a veto in the UN Security Council, it exerts extra influence throughout the UN ecosystem, including WHO. WHO’s accommodation of China’s own spin on its response reflects WHO’s recognition of China’s influence in nearly all strategic realms.”

In short, Trump may in fact give China more influence over WHO by cutting US funding. 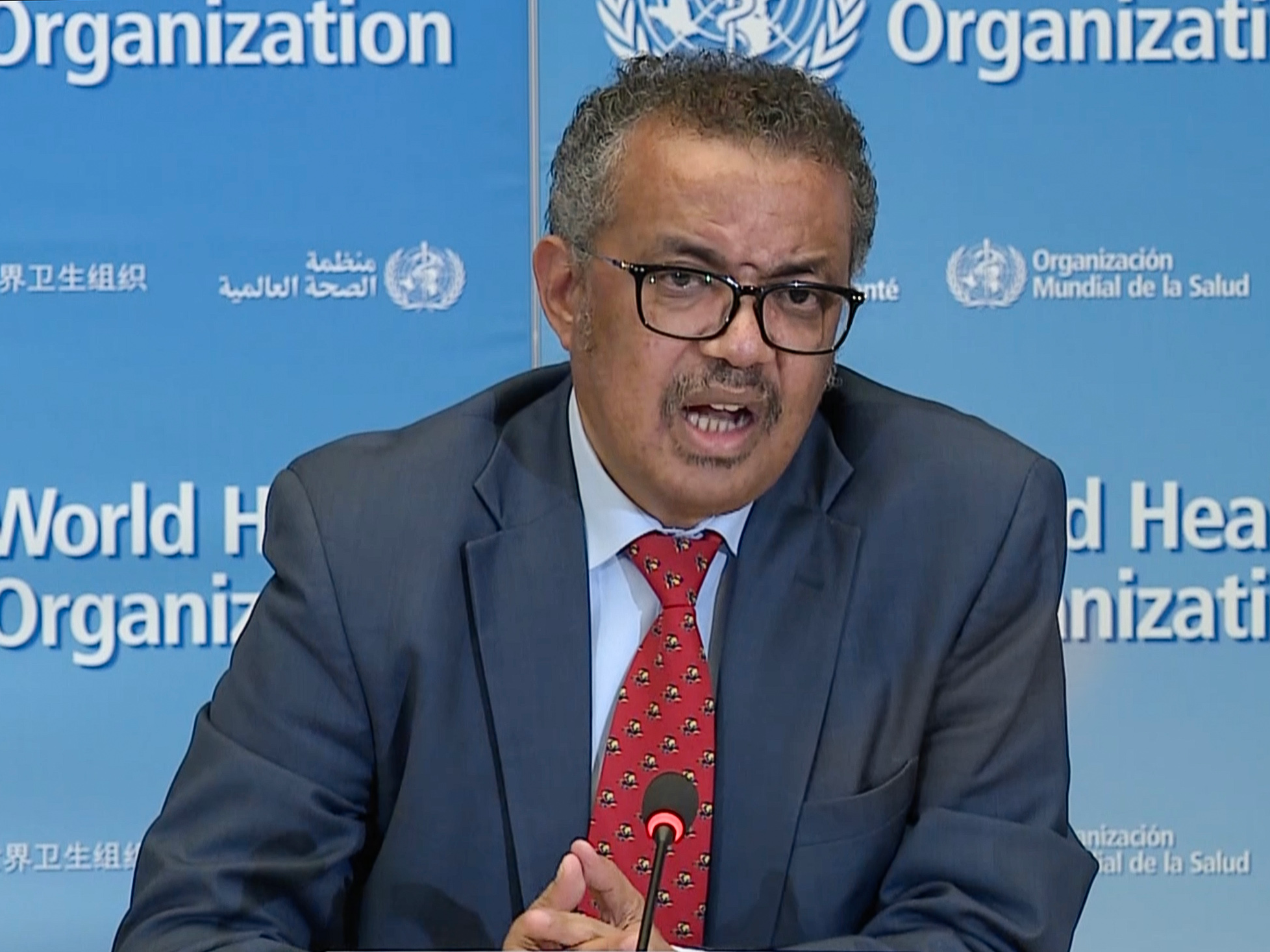 AFP via Getty ImagesWorld Health Organisation Director-General Tedros Adhanom Ghebreyesus at a virtual news briefing on COVID-19 from WHO headquarters in Geneva on April 6.

‘WHO is a pretty convenient scapegoat because they can’t fight back. They can’t and don’t criticise their member states’

WHO has not been perfect in responding to the coronavirus pandemic, Konyndyk said, and he would love to see it empowered to challenge member states more. But he said it would not be able to do this unilaterally and was therefore limited in its ability to publicly push back on information given to it by governments, including Beijing.

Konyndyk said this wasn’t really about what WHO did or did not do but more about distracting from Trump’s bungled response to the pandemic and the fact the US had become the epicentre of the crisis. The US government has been embarrassed on the global stage via its handling of the coronavirus, particularly in terms of failing to set up a robust testing system.

“WHO is a pretty convenient scapegoat because they can’t fight back,” Konyndyk said. “They can’t and don’t criticise their member states. If the US is lobbing accusations at them, they kind of just have to sit there and take it, just by design. It’s a politically convenient scapegoat for the White House, but on the merits it’s ridiculous to think they’re somehow responsible for the slow US response.”

Despite Trump’s criticism of the agency, Konyndyk also said WHO had been way ahead of the curve relative to the US in terms of handling the coronavirus. “They were warning of pandemic potential from this while the US was still arguing the risk was low,” he said. “They had a workable test they were distributing all of the world at a point when we didn’t, even for our own domestic use.”

WHO declared a global health emergency over the novel coronavirus on January 30, less than a month after it had been identified as a new virus and a little over a week after the first confirmed case in the US. Weeks later, Trump was still downplaying the threat of the virus.

‘Until it is stopped everywhere we remain vulnerable here. The WHO has a super important role to play in that.’

Both Konyndyk and Chow underscored that slashing money to WHO as the coronavirus continued to spread across the world was self-defeating.

“In terms of cutting funding, it’s deeply counterproductive to US interests because the US has an interest in stopping this virus everywhere. Until it is stopped everywhere we remain vulnerable here. The WHO has a super important role to play in that,” Konyndyk said.

“They are listened to by every health ministry in the world, but they have particular influence in health ministries in the developing world,” Konyndyk added. “Those countries that are heavily at risk of this and could continue to be incubators for the virus and have relatively weak tools for stopping it – they’re going to be looking to WHO for help.”

Chow said that no matter Trump’s grievances with WHO, cutting funding at a time like this would be a “profound mistake” given its status as the leading provider of public-health advice in major population centres across the world with fragile health systems.

“Defunding WHO will mean the withdrawal of medical advisers to these regions when they need it the most as the virus encroaches,” Chow said. “Should COVID-19 accelerate in poverty zones, the pandemic could last for many more months even years longer, and could even become permanent among human populations. For Trump to cause a crisis within a crisis weakens the global response at a precarious time.”