One of Trump's COVID-19 treatments was developed using tissue that originally came from an abortion. He's tried to ban this kind of research. 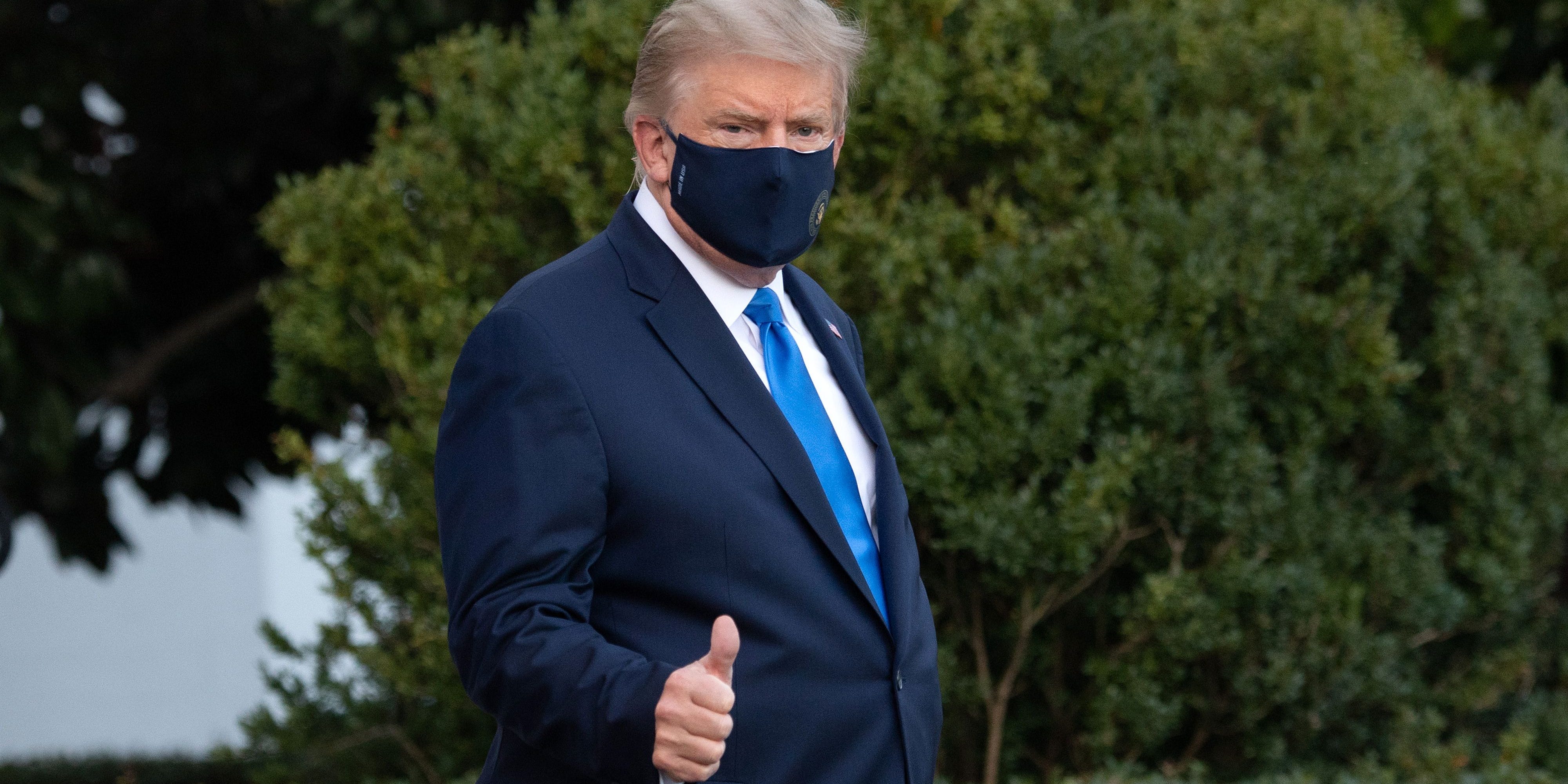 SAUL LOEB/AFP via Getty ImagesPresident Donald Trump walks to Marine One to go to Walter Reed medical centre on Friday after testing positive for COVID-19.

One of President Donald Trump’s COVID-19 treatments was developed using testing with cells that originally came from an abortion, a common process that the Trump administration has tried to restrict.

The treatment was an experimental antibody cocktail made by the American biotech company Regeneron. The company confirmed to the MIT Technology Review that its testing involved using cells that were originally obtained from a foetus aborted in the 1970s, though those cells were not used to make the treatment.

In a video from the hospital, Trump called the treatments he was getting â€” which most Americans do not have access to â€” “miracles coming down from God.”

And when Trump, still infected, returned to the White House on Monday, he said that he felt better than he had in 20 years and that the virus, which has killed more than 211,000 people in the US, was not something people should fear.


Read more:
Trump got Regeneron’s experimental antibody drug for his coronavirus symptoms. Here’s what you need to know about the treatment. 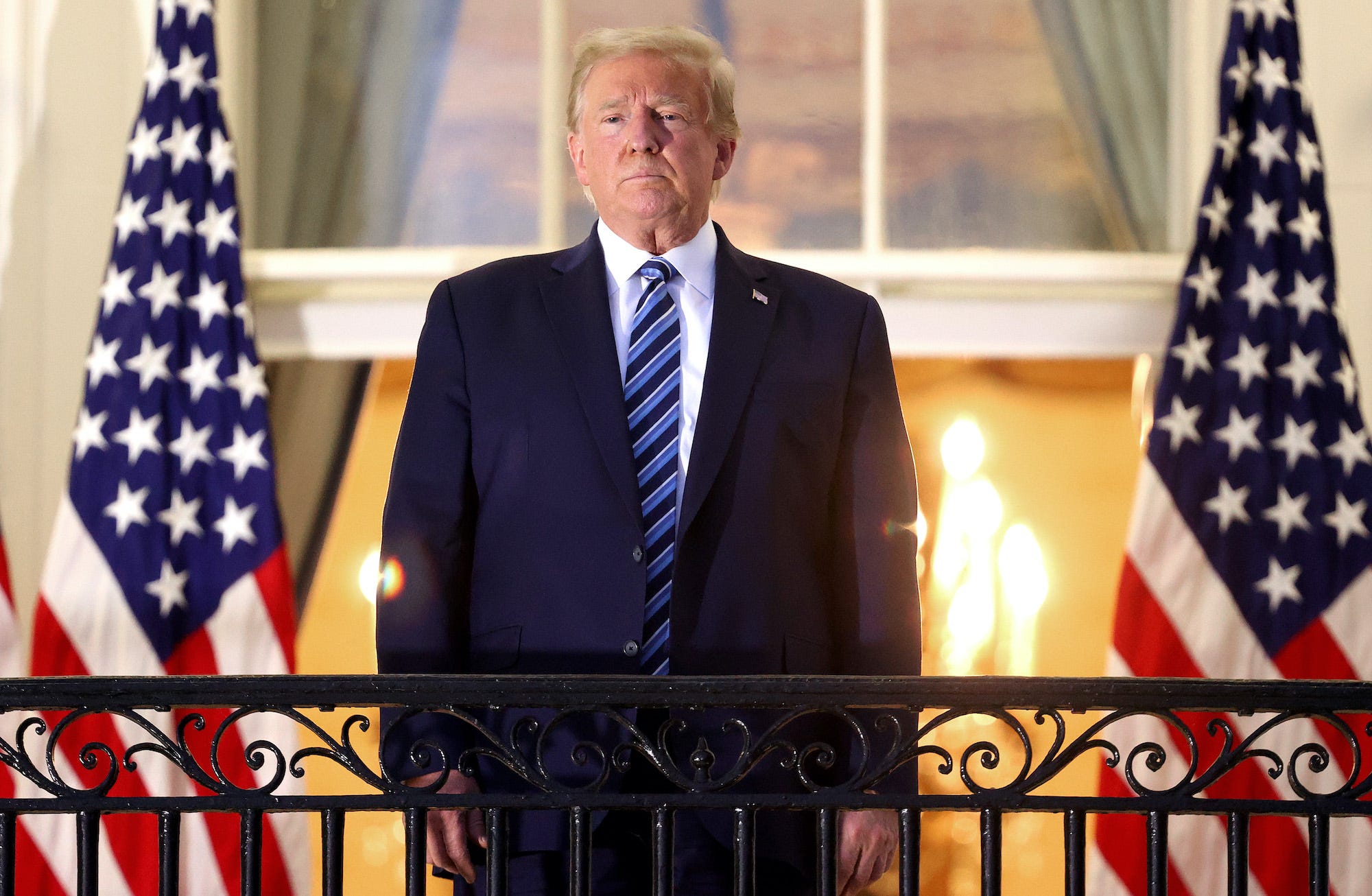 Win McNamee/Getty ImagesTrump stands on the White House’s Truman Balcony after returning to from Walter Reed on Monday.

But those antibodies he received involved a process his administration has opposed.

Testing for the experimental antibody cocktail used a supply of cells called HEK 293T, which originally derive from kidney tissue from an abortion in the Netherlands in the 1970s, MIT Technology Review’s Antonio Regalado reported on Wednesday.

Science magazine also reported that Regeneron “did develop that treatment with the help of a long-lived line of cells established from the kidneys of a foetus electively aborted in the Netherlands around 1972.”

The HEK 293T cells have been divided and widely used by scientists for decades. Scientists no longer consider them to be fetal cells because they were derived so long ago and have kept dividing in the laboratory and changing, the MIT Technology Review noted.

“It’s how you want to parse it,” Alexandra Bowie, a spokeswoman for Regeneron, told the MIT Technology Review. “But the 293T cell lines available today are not considered fetal tissue, and we did not otherwise use fetal tissue.” 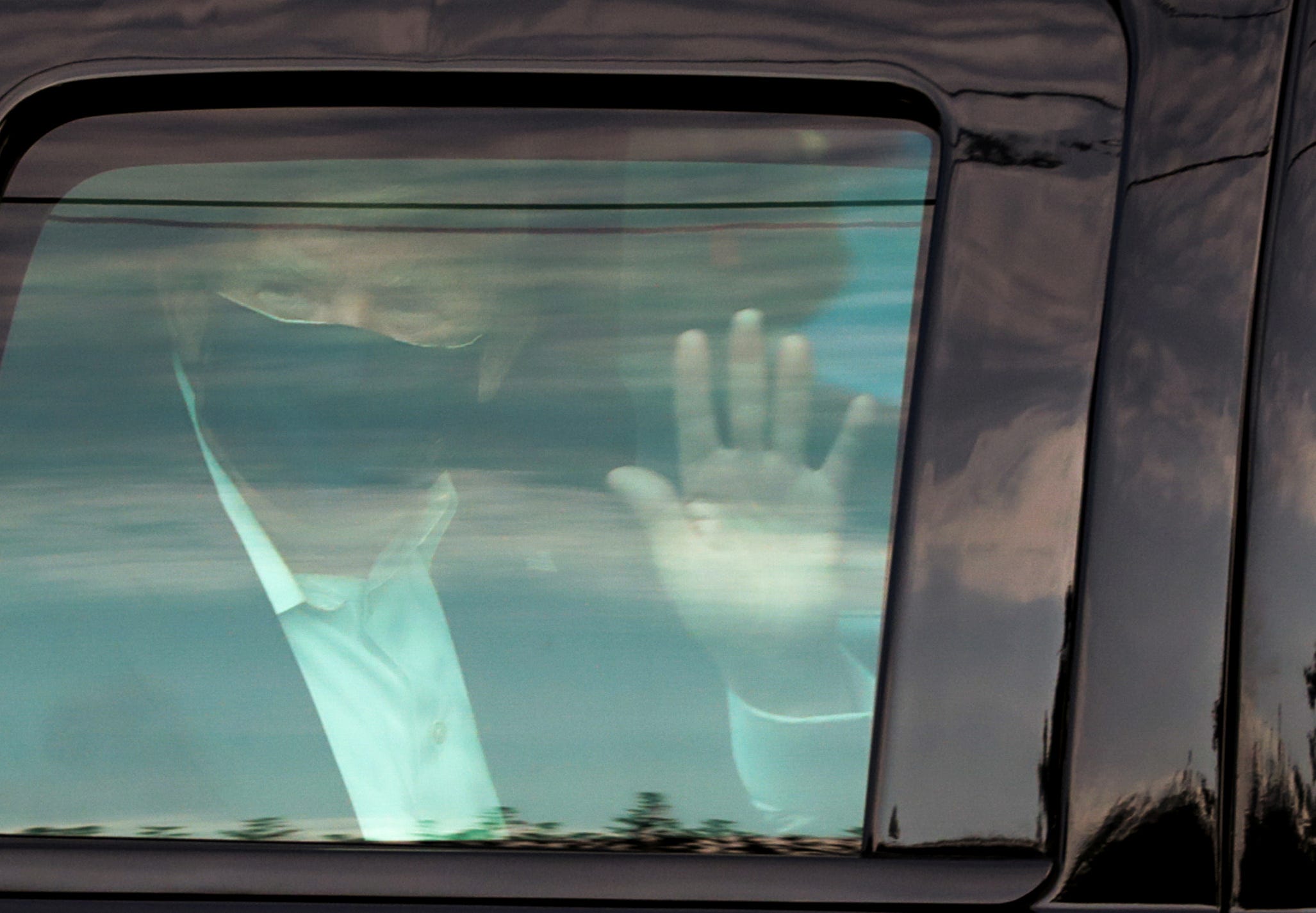 Cheriss May/ReutersTrump waves to supporters in his motorcade outside Walter Reed on Sunday.

Trump has cracked down on the common process

As the MIT Technology Review noted, the people picking Trump’s treatment were likely unaware of the specifics of how it was tested, given that using supplies of cells originally derived from aborted tissue is so common across the industry that it is not necessarily clearly disclosed as part of the drug-making process.

The Trump administration has tried to restrict this practice, which scientists say is needed to find treatments for things like HIV, cancer, birth defects, Alzheimer’s disease, and COVID-19.

In 2018, the administration restricted government researchers from using fetal tissue as part of their work.

One researcher with the National Institutes of Health said at the time that “this effectively stops all of our research to discover a cure for HIV.” Other researchers also said it would harm research on cancer treatments.

But anti-abortion-rights groups welcomed the move.

Researchers have for decades used fetal tissue, often donated by people who have had abortions, to find lifesaving treatments. They say there is no substitute material they could use to do so.

In March, a senior NIH immunologist told The Washington Post that the administration’s restrictions had interfered with his efforts to study possible COVID-19 treatments.

Regeneron has asked the Food and Drugs Administration for emergency approval of its antibody cocktail.

Trump appeared to return to the Oval Office on Wednesday. At least 34 people close to the White House have tested positive for COVID-19, and White House staffers have said they are afraid to go to work.