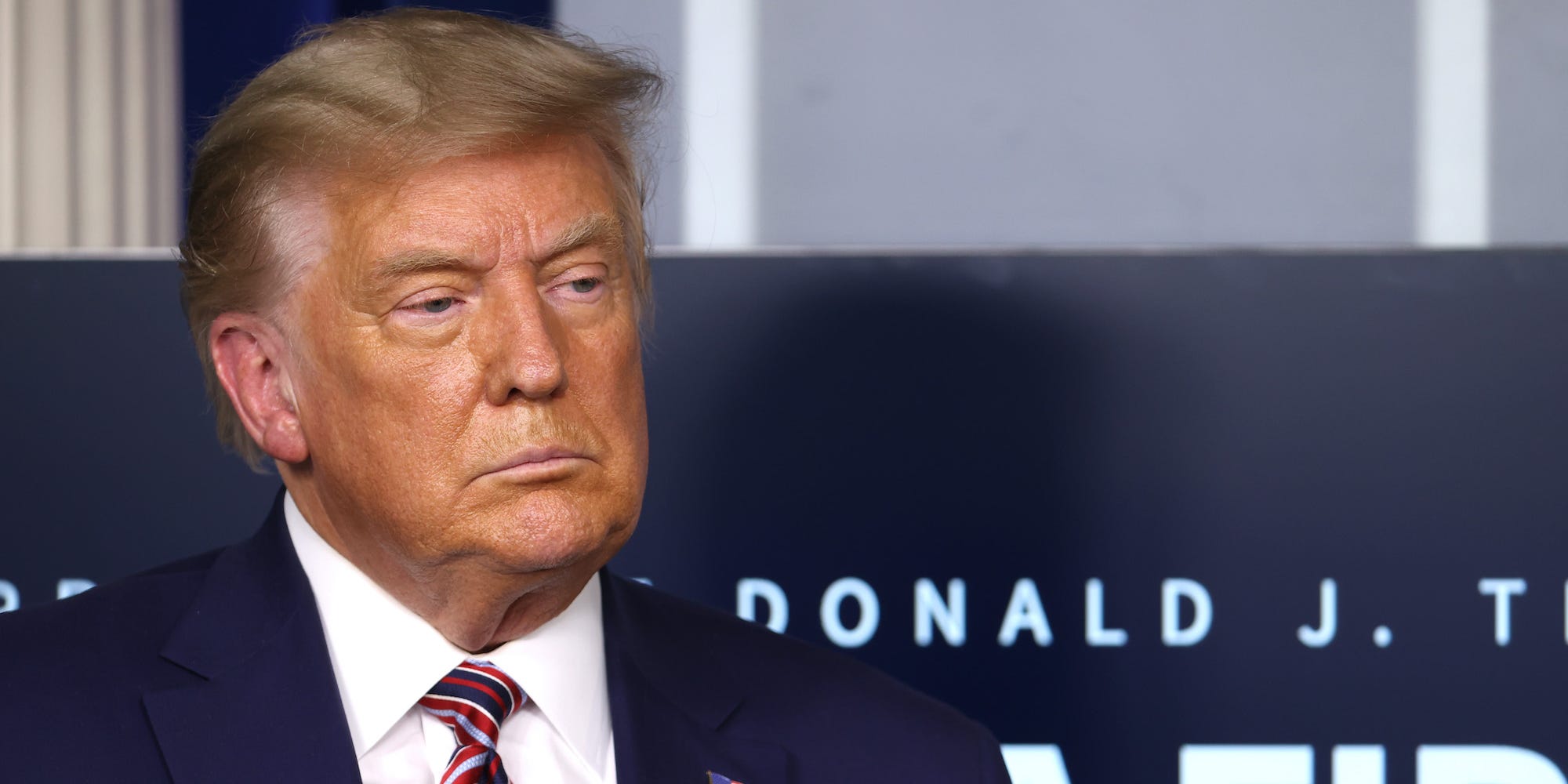 Tasos Katopodis/Getty ImagesPresident Trump is seen at a White House briefing on November 20, 2020.

President Donald Trump is considering an executive action to target birthright citizenship in his final weeks in office, according to two sources who spoke with The Hill in a report published on Friday.

Birthright citizenship is the policy whereby anyone who is born in the US is immediately granted citizenship, regardless of whether their parents have citizenship or not.

It’s guaranteed under the 14th Amendment, which states in part that “all persons born or naturalized in the United States, and subject to the jurisdiction thereof, are citizens of the United States and of the State wherein they reside.” More than 30 countries â€” mostly in the Western Hemisphere â€” have birthright citizenship.

Vice President-elect Kamala Harris is an example of someone who received their US citizenship in this way. Harris’s Indian mother and Jamaican father were not yet US citizens when she was born in California in 1964, but she became a US citizen.

Trump has been speaking out against birthright citizenship since his 2016 run for the White House, which was infused with anti-immigrant rhetoric. He brought the issue up again in a 2018 interview with Axios, in which he stated that he could issue an executive order to end the practice. 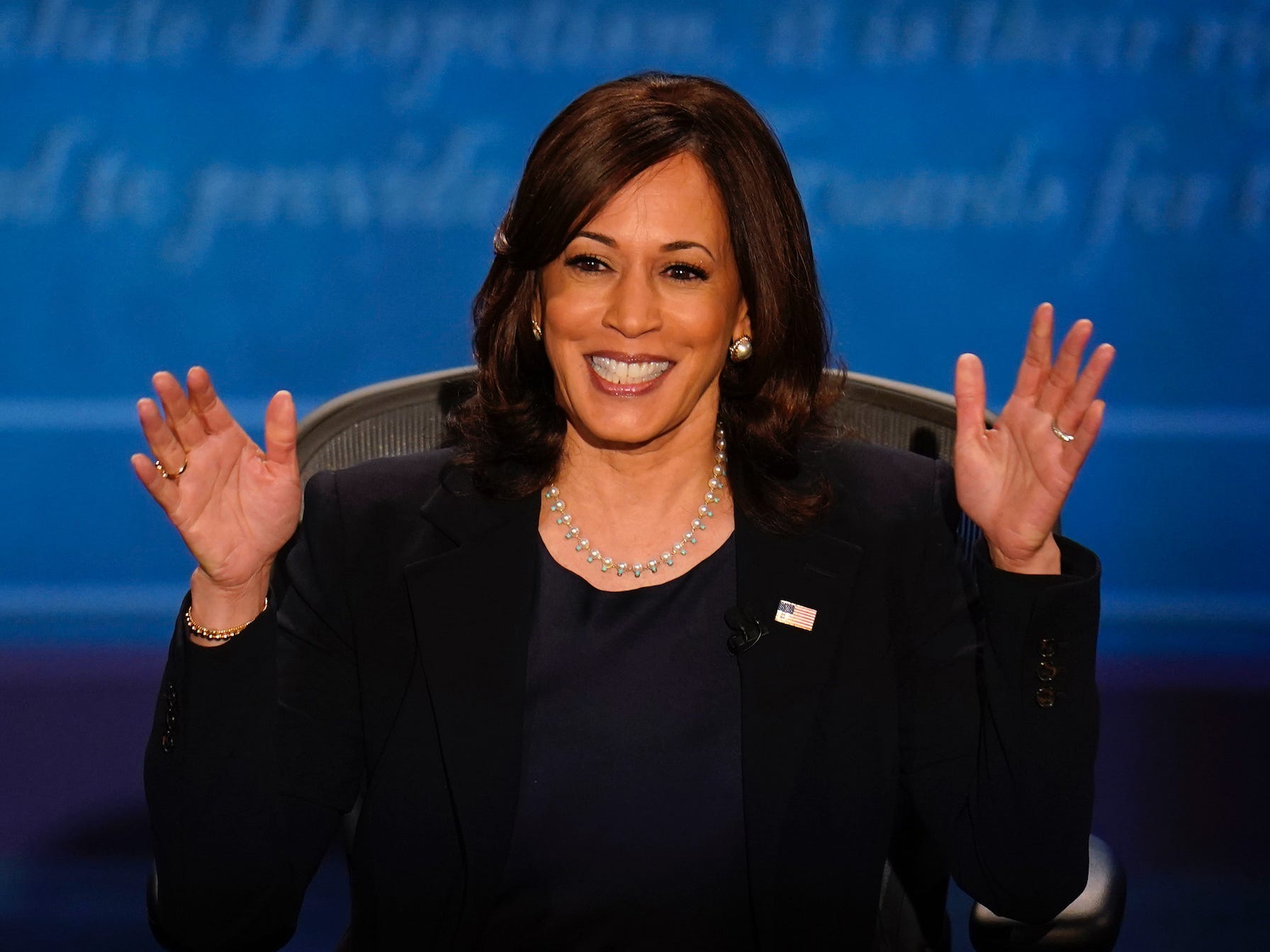 AP Photo/Julio CortezVice President-elect Kamala Harris is a beneficiary of birthright citizenship. She automatically became a US citizen at birth because she was born in the US, even though she had a Jamaican father and Indian mother.

However, The Intercept reported in 2018 that this is “an idea rejected by an overwhelming consensus of conservative and liberal law scholars.” A law written into the Constitution can only be ended through a new amendment.

Counter-arguments to birthright citizenship over the years say that the 14th Amendment has been misinterpreted.

“The Citizenship Clause of the 14th Amendment was clearly intended to guarantee that emancipated slaves would properly be recognised as U.S. citizens,” RJ Hauman, government relations director at Federation for American Immigration Reform, told The Hill. Hauman’s group is an anti-immigration non-profit.

“It is a fundamental misapplication of this clause that U.S.-born children of illegal aliens are granted automatic citizenship, much less the offspring of people who come here to simply give birth on American soil.”

If the president finally issues a long-awaited executive order limiting birthright citizenship, it will be up to the Supreme Court to resolve this issue once and for all,” Hauman said.

John Eastman, a fellow at the far-right Claremont Institute think tank, has also spoken against birthright citizenship’s protection in the 14th Amendment.

Eastman has long claimed that one element in the 14th Amendment rules out birthright citizenship â€” the phrase “subject to the jurisdiction thereof.” Eastman told Axios in 2018 that this phrase means that for someone to get US citizenship at birth, their parents need to have a full political allegiance to the US, meaning green card holders or citizens.

Hauman and Eastman’s ideas are far from the norm, though. Antonin Scalia, the late Supreme Court justice and one of the most conservative to ever sit on the nation’s highest court, dismissed Eastman’s theory in 2004, according to The Intercept.

According to The Hill report, the Trump administration is aware that it would immediately be challenged in court if they passed an executive order on the issue. They hope to get a ruling on whether the 14th Amendment protects birthright citizenship, according to one of the sources who spoke to The Hill and is familiar with the plans.

“Since taking office, President Trump has never shied away from using his lawful executive authority to advance bold policies and fulfil the promises he made to the American people, but I won’t speculate or comment on potential executive action.”